UK arms company BAe Systems has seen its share price rise 21% and also reported higher profits over the past year. 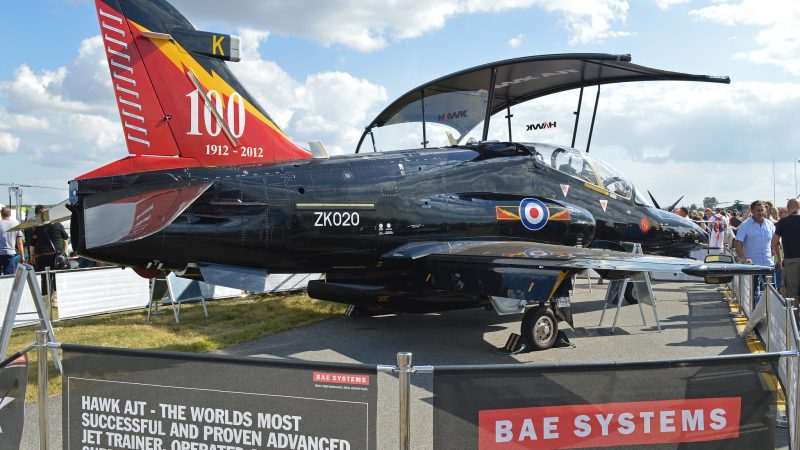 Renewed geopolitical uncertainty looks likely to be good for arms company profits with Conservative MP Tom Tugendhat calling for the UK to raise its military spending to 3% of GDP, and for its NATO allies to do the same.

Over the past 5 days, BAe Systems, the largest defence contractor in the UK and Europe, saw its share price rise by over 21%.

In January, Raytheon CEO Greg Hayes mentioned ‘tensions in Eastern Europe’ in an earnings call with investors as one aspect of global instability that his company could benefit from. Lockheed Martin’s CEO also told investors that “great power competition” would benefit his company’s business.

Sam Perlo-Freeman from the anti-arms trade group Campaign Against the Arms Trade (CAAT) told LFF that “I think [the Ukraine crisis] will certainly lead to a lot of pressure for higher military spending. I think it’s unlikely that UK military spending which is currently a little over 2% of GDP would rise as high as 3%”.

Instead of increased military spending, Perlo-Freeman suggested “ending the role of London and the UK financial and real estate markets as a laundromat for every corrupt dictator, including Putin’s ill gotten wealth, would be a very good way to improve the security of not just this country but the people in those countries who are being plundered by their rulers with our help.”

CAAT has recorded only about £19 million of weapons granted export licences by the UK to Ukraine from 2010-2021. This amount will likely increase significantly in 2022. Some other European countries have also indicated that they plan to increase defence spending.

According to data compiled by Transparency International, BAe Systems is the most prolific lobbyist in Westminster over the past 10 years. From the beginning of 2020 up to the latest release of data at the end of 2021, BAe held 30 meetings with government ministers.

The increase in BAe’s share price came after it reported profits increased by 13% in 2021 to £2.2 billion and revenue increased 2% to £21.3 billion. Reuters reported that BAe “was disappointed… that diplomacy appeared to have failed” to resolve the standoff between Russia and Ukraine, but said the invasion would “place a sharper focus on security”.

The Times also reported that BAe’s chief executive, Charles Woodburn, “said that the unfolding Russia-Ukraine conflict would play to the already growing defence spending by European members of Nato that are under pressure from the United States to raise their armaments game.”

As well as lobbying the government, BAe Systems has an extensive outreach programme in British schools, where it seeks to normalise the idea of careers in the arms trade to STEM students.

Wars, even ones that the UK is not directly involved in, are a useful recruitment and propaganda tool for arms companies like BAe. Of course, BAe is not just an arms company, but effectively an arm of the British state, helping to solidify diplomatic relationships with allied countries, especially the Gulf states.

It’s worth noting, in light of the war in Ukraine, that the UK has been arming Saudi Arabia and the UAE in their bombing campaign against Houthi forces in Yemen, which has been ongoing since 2015.

Even without Ukraine, continuous war undertaken by Britain or its allies means profits are always ready to be made by a company as big as BAe. But a big rise in demand for weapons by NATO countries would be a prize big enough to line the bank accounts of quite a few arms dealers.