Keir Starmer mentioned the Queen at PMQs, and was reprimanded by the Speaker. 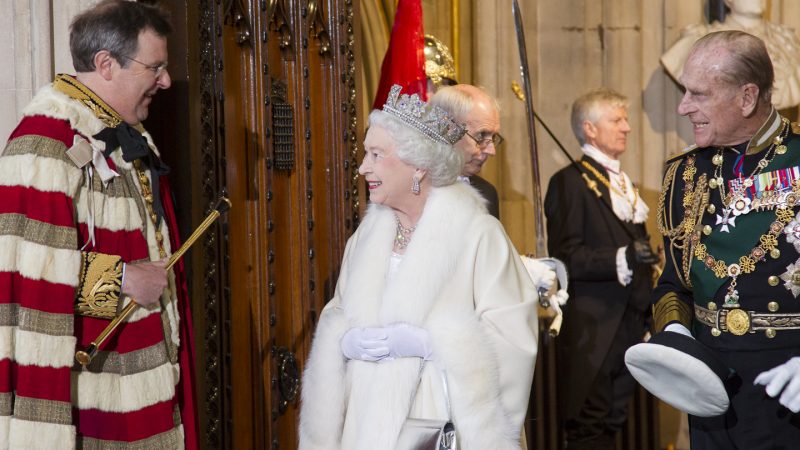 Prime Minister’s Questions today was rowdier and more knockabout than usual, with one Tory MP crossing the floor to defect to Labour and Tory MP David Davis calling on the Prime Minister to resign. One other thing stood out – the Speaker Lindsay Hoyle reprimanding Labour leader Keir Starmer for mentioning the Queen.

I’ve written about the influence and economic power of the monarch for Tribune and Byline Times in the past, but this was something I had not heard about before. Surely there was no Parliamentary rule that means you are not allowed to talk about the Queen in Parliament? The institution of The Crown, embodied by the reigning monarch, is a fundamental part of Britain’s unwritten political constitution. Surely it’s allowed for elected politicians to discuss this in Parliament?

Well, according to Parliamentary rulebook Erskine May, you’re not allowed to talk about the monarch:

Another Parliamentary rule in Erskine May reveals that this does not only apply to the content of questions, but to debates in general:

“The irregular use of the Queen’s name to influence a decision of the House is unconstitutional in principle and inconsistent with the independence of Parliament. Where the Crown has a distinct interest in a measure, there is an authorised mode of communicating Her Majesty’s recommendation or consent, through one of her Ministers… any attempt to use her name in debate to influence the judgement of Parliament is immediately checked and censured. This rule extends also to other members of the royal family”.

This explains today’s interjection by the Speaker during PMQs, where the legal clerks who sit in front of the Speaker’s chair would have prompted him to respect this procedure.

The Queen’s name apparently functions like some kind of spell which you’re not allowed to invoke, because it’s simply too powerful. This is effectively what Keir Starmer was doing in trying to shame the Prime Minister for allowing two parties to be held at Downing Street the night before the Queen attended Prince Philip’s funeral – something that the government apologised for.

So the monarch is not only some kind of unnameable entity, but you’re also not allowed to mention the “influence of the Crown”. This would seem to prevent any discussion before Parliament of Queen’s consent, which has allowed the Queen or Prince Charles to vet more than 1000 laws before they were put before Parliament.

The Guardian reported that under the procedure, “government ministers privately notify the Queen of clauses in draft parliamentary bills and ask for her consent to debate them” and that “the Queen has on occasions used the procedure to privately lobby the government”.

The Palace of Westminster is also a Royal palace, and part of the Crown Estate, which is technically owned by the reigning monarch. Senior politicians who are members of the Privy Council, the informal body which advises the monarch on the use of the royal prerogative, must swear an oath of loyalty to the monarch. This oath was only made public in 1998, and involves a ceremony where ministers must kneel and kiss the monarch’s hand.

Invoking the monarch’s name in Parliament is “unconstitutional and inconsistent with the independence of Parliament”, but Parliament being owned by the monarch and senior politicians being made to swear loyalty to the Crown – that’s totally normal in 21st Century Britain.

The unwritten nature of the British constitution helps to obscure the role and continued influence of the Royal Family within it. This influence has been hidden by the opaque nature of Parliamentary procedure – the Erskine May rulebook itself was, in the past, difficult to access, as copies were rare and expensive. It was only in 2019 that it was first published online for free.

Yet sometimes, such as at today’s PMQs, this influence is mentioned in a way which makes it clear how different British democracy remains from an idealised democratic process. A modern democratic and parliamentary process should surely involve the freedom of speech to talk about and question the way our constitution works, and the role the Royal Family plays in it.