'What also strikes me is the clear disconnect that exists right now in the Westminster bubble, between politicians to media pundits, on the one hand and Muslim communities up and down the country on the other, so many of whom who aren’t shocked by these appalling allegations.' 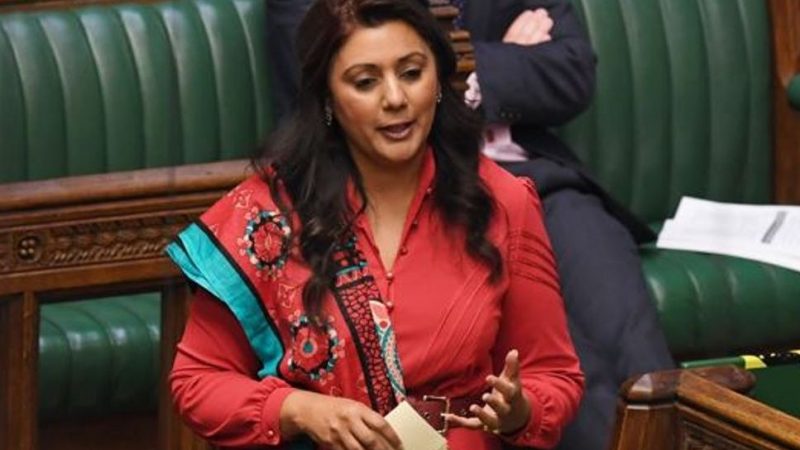 ‘Absolutely shocking’. How could this happen in the party of government? Those were the main sentiments expressed by so many upon learning of allegations from Conservative Party MP Nusrat Ghani who said that a Tory party whip had told her that she was fired from her ministerial job because her Muslim faith was “making colleagues uncomfortable”.

What also strikes me is the clear disconnect that exists right now in the Westminster bubble, between politicians to media pundits, on the one hand and Muslim communities up and down the country on the other, so many of whom who aren’t shocked by these appalling allegations. Then again, in an industry where just 0.4% of journalists are from Muslim backgrounds, maybe we shouldn’t be surprised that our media doesn’t have its finger on the pulse when it comes to Muslim public opinion or issues affecting the community.

Over the last few years, I’ve been reporting on the crisis and scandal that is Islamophobia in the Conservative Party for a number of publications, including Metro, Newsweek, and also now at LFF. Make no mistake, Islamophobia exists across society and it is particularly pronounced in the Conservative Party. A Hope Not Hate report found that, 57 percent of party members had a negative attitude towards Muslims, with almost half of party members (47 percent) believing that Islam is “a threat to the British way of life”. In addition, 58 percent believe “there are no go areas in Britain where Sharia law dominates and non-Muslims cannot enter”.

With such widespread and deep-seated Islamophobia in the Conservative Party, the latest incident of Islamophobia and the appalling treatment of Ghani does not surprise me in the slightest.

Tory party members have called for Muslims to be thrown off bridges, sterilised, MPs such as Bob Blackman have invited speakers such as Tapan Ghosh to Parliament, who had a history of praising the Rohingya genocide. The likes of Nadine Dorries and Blackman have retweeted Tommy Robinson, Michael Fabricant has suggested Muslims can’t be English and of course how could we forget the comments of Boris Johnson who compared Muslim women who wear the Burka to looking like letterboxes and bank robbers which led to a 375% increase in hate crimes. Zac Goldsmith ran an Islamophobic campaign against the Mayor of London Sadiq Khan. There are countless examples.

The party has also quietly reinstated councillors who compared Asians to dogs and described Saudis as ‘sand peasants’. It is riddled with those who hold Muslims, our fellow citizens, in contempt. I’ve written extensively on the party’s denial, obfuscation and downright refusal to tackle this issue. It’s nothing new.

It’s been going on for years and the incidents appalling, whether it’s an MP at the receiving end of it, a councillor or grassroots activist. Yet one wonders if those lobby journalists expressing shock now have been living under a rock for the past few years when it comes to the issue of Islamophobia in the Conservative Party.

The truth is that my profession, which is supposed to hold power to account, has largely failed spectacularly when it comes to this issue. Take for eg when in March 2020, the Muslim Council of Britain (MCB) submitted its dossier of 300 cases of Islamophobia among party members and those affiliated with the party to the Equality and Human Rights Commission (EHRC), examples of which included calls for Muslims to be “thrown off bridges” or forcibly sterilised. The Daily Mail, Sun, Telegraph, Express and Financial Times failed to report the story. Why?

I suppose it’s hard to ask publications that have printed inaccurate, sensationalist and bigoted stories about Muslims to then hold power to account on the same issue. It’s a bit like asking an arsonist to put out a fire. Yet the refusal of sections of the media to even report on this scandal or consider it a crisis has emboldened the party to do nothing.

The Conservative party has been allowed to mark its own homework when it comes to Islamophobia within its ranks. The EHRC has thus far refused to investigate the party, despite all the evidence. The country’s leading equalities body says that its waiting for the party to implement its own action plan on Islamophobia?

What exactly is that action plan? Last year, the Conservative party completed its own investigation, led by Professor Swaran Singh, into all forms of prejudice among members. it was initially supposed to be an inquiry into Islamophobia but that was scrapped. Myself and journalist Peter Oborne wrote an in-depth investigation into how the Singh investigation refused to hear evidence from party members who wished to give evidence. Baroness Warsi highlighted how dozens of complaints had been ignored.

The inquiry was incredibly narrow in its remit, it focused on the Party’s complaints process rather than the culture of widespread Islamophobia and hostility to Muslims within the party. At the same time, it also approached people who had poured scorn on the very idea of ‘Islamophobia’ while ignoring some of those who had been affected by it.

How then can the EHRC be satisfied with such an investigation?

So no, I’m not shocked at this latest appalling allegation of discrimination against a British Muslim within the Conservative Party. Imagine the message it sends to young British Muslims who may be contemplating a career in politics. Who want to serve the country they love and call home and help build a fairer and just society, only to be told they can’t progress because of their faith.

We must combat all forms of prejudice and bigotry. There are no ‘scales’. It’s about time the Conservative Party was subjected to an independent inquiry to tackle Islamophobia, which isn’t a call for special treatment of Muslims, but equal treatment. Is it really too much to ask?