The right-wing newspapers have been quick to jump on the story that Jeremy Corbyn could establish his own political party - suggestions that have evoked a wave of support for the former Labour leader on social media. 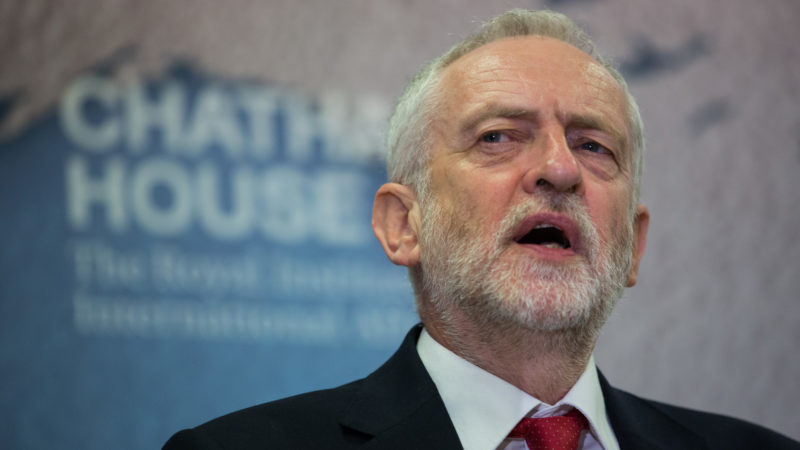 Jeremy Corbyn hit the headlines in the right-wing press over the weekend with claims he is considering establishing his own political party and that Labour are lining up candidates to take on his Islington North Seat.

On Sunday, The Telegraph reported that the former Labour leader is “being urged to upgrade his charity and run under its banner at the next election.”

According to the article, Corbyn has been urged by many in his circle to upgrade his Peace & Justice Project Charity into a political party. The report continues that if such a party was established, it could “tempt the defection of left-wing MPs who are disaffected with the leadership of Keir Starmer.”

Corbyn “sparked outrage” in October 2020 by responding to an inquiry into “Labour’s unlawful acts of harassment and discrimination against Jewish people by saying allegations of anti-Semitism were “dramatically overstated for political reasons,” claims the report.

Despite attempts to stir speculation that Corbyn is considering setting up a new party, The Telegraph’s article quotes a spokesperson for the Peace and Justice project saying there were as yet “no plans for it to become a party.”

The Express was also quick to refer to claims that Corbyn is contemplating ‘upgrading’ his Peace & Justice Project Charity into a political party “under plans to run on the ticket at the next election” after “privately accepting” he will not be reinstated as a Labour MP.

Running with the sensationalist headline “Jeremy Corbyn could establish political party to rival Labour in a blow to Keir Starmer,’ the report refers to how Corbyn “lost his place” as Labour MP after saying allegations of anti-Semitism inside the party were “dramatically overstated for political reasons.” The story notes how Starmer will only readmit Corbyn if he “publicly apologies for his comments. And how a source close to Starmer said “the ball is in [Corbyn’s court].

A candidate to “end his Commons career”

The same day, the Mail on Sunday reported suggestions that a “high-profile Labour woman who lost her seat “thanks to Jeremy Corbyn” should be the candidate to end his Commons career.”

According to The Mail’s report, party insiders say that one of several female MPs who “lost in the disastrous 2019 election would be Labour’s best choice to stand against the former leader in his North London stronghold.”

The Mail on Sunday says it understands that the potential candidates include Mary Creagh, a former Islington councillor, who “angrily confronted Mr Corbyn” shortly after she lost her Wakefield seat as part of the “Tories’ conquest of Labour’s Red Wall.”

The report continues that a “fellow Corbyn critic” Ruth Smeeth, who lost her Stoke-on-Trent North seat in 2019, has been named as a potential candidate. The Mail notes how on election night, Ms Smeeth branded Mr Corbyn a ‘disgrace’ who was not fit to lead any party and should ‘spend more time on his allotment’.

It is not uncommon for anti-Corbyn attacks by the right-wing press to lead to a boost in support for the former Labour leader.

Data seen by the Guardian in 2018 found that offensive reports about Corbyn in the likes of the Daily Mail and The Sun often led to large spikes in his support base immediately after negative coverage.

It could be argued that this weekend’s negative coverage of Corbyn follows the same trend, as it as certainly sparked a wave of support towards Jeremy Corbyn on social media.

“Let’s do it @Jeremycorbyn! It’s time to have a new party that serves the interests of the working class and the barely middle class,” someone tweeted.

Another supporter tweeted, that they would “100% support Jeremy Corbyn and a potential new party of his.”

Others questioned the integrity of the Telegraph’s report, with one user tweeting:

“It’s not at all strange that the whole Jeremy Corbyn/Islington North/Labour Party briefing is in the Telegraph is it?”