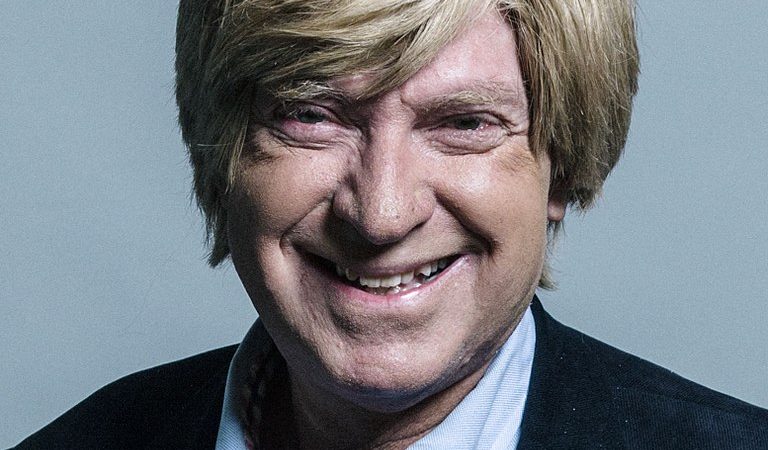 Tory MP Michael Fabricant has sparked outrage after launching an absurd defence of an illegal Downing Street Party that took place during a national lockdown.

Boris Johnson is facing widespread condemnation after ITV revealed a leaked email showing Martin Reynolds, the Prime Minister’s principal private secretary, inviting more than 100 Downing Street employees to “make the most of the lovely weather” in the garden.

Boris Johnson and his wife Carrie Symonds attended, according to reports. At the time of the incident on 20 May 2020, mixing with multiple households was still banned, with people allowed to meet with one person from another household outside as long as they remained two metres apart.

Fabricant, who is no stranger to controversy, took to social media to launch a defence of the party, claiming that because the staff had “worked incredibly hard on all our behalves on the vaccine programme etc”, the gathering may not have been a “flagrant breach of the rules”.

He tweeted: “Was the Downing Street Party a “flagrant breach of the rules” as #Labour are happily claiming? Sue Gray will decide, but here are the facts:

3) No outside guests were invited at all

4) These people had worked incredibly hard on all our behalves on the vaccine programme etc.”

One social media user wrote in response: “Beyond embarrassing”, while another wrote: “Loved ones died alone. Funerals went unattended. Millions were stressed. Hundreds of thousands lost jobs. Children had their educations disrupted. All of us had our lives turned upside down.

“Meanwhile Downing Street held a boozy knees up, that you seek to excuse.”