'Schools have borne the full brunt of deprivation' 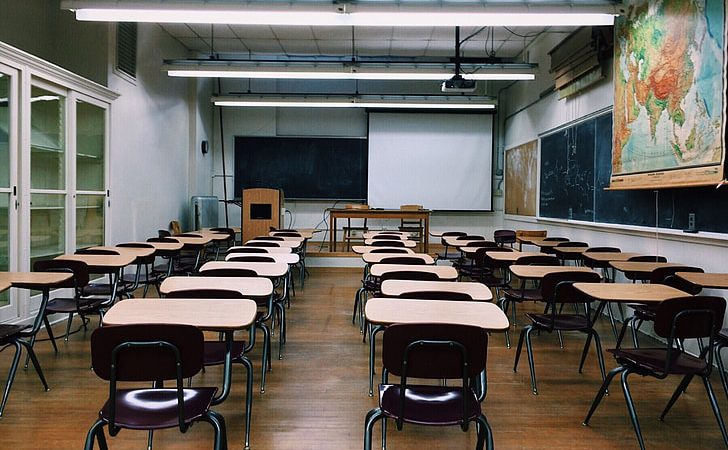 Shortly before the start of this term, a new satirical account began making waves in the febrile world of Edutwitter. “Geoff and Margaret” present themselves as a pair of retired teachers ‘proud to have responded to the Government’s call’. By this, they are referring to Nadhim Zahawi’s call for a ‘volunteer army’ of former teachers to sign up as supply to cover for Omicron-related absences.

Most treat their tales of commuting trouble and confusion over names as nothing more than a bit of fun, but plenty have swallowed the bait. ‘That is dedication for you’, wrote one, while another wrote: ‘Thank you for answering The Call from a teachers wife…Your all amazing’ [sic]. On the one hand, the account has provided welcome comic relief at a time of huge stress, but on the other, seeing fellow professionals take them at face value is extremely disconcerting. What does it say about the state of teaching if stories of tearful headteachers and care-home cover staff seem so plausible? How have we been brought so low?

The fact is that Zahawi’s eleventh-hour plea for bodies on the ground is only partly a response to the Omicron variant. It should not surprise us that scheme has failed to deliver on its promises, with the government revealing this week that the supply of returning teachers makes up barely 1% of the 44,000 teachers off sick. The problems for which he’s trying to compensate have been years in the making, and they stem from three main factors: cuts to schools and surrounding services that support children as they learn, the resultant, ruinous increase in what’s expected of teachers, and the DfE dressing up abdication of responsibility in the guise of increased empowerment for school leaders. These three factors combine to produce an environment that’s disastrous for recruitment and retention.

First, the past two years have made a decade’s worth of cuts to schools and other services brutally visible. Schools have borne the full brunt of deprivation not just through direct cuts to school budgets, but also because of stealth cuts (such as the change to the Pupil Premium formula) and the tendency for schools to fill the breach when other services (including Social Services, CAMHS and even food banks) become overwhelmed. Even before the pandemic asked them to become tech consultants and examiners for free, teachers were being forced to take on roles far beyond their normal remit. This doubtless contributed to the profound workload and wellbeing problems that have long been known to the government. In other words, it was getting harder for teachers to thrive long before any DfE staffer dreamed up this educational Home Guard.

The great irony of placing this sort of intense strain on teachers is that those who do manage to produce excellent results are highlighted as the rule rather than the exception. As a result, there has been an explosion in initiatives that focus on individuals rather than systemic change. The mass shift towards NPQs, for example, was supposed to improve standards within the classroom, but teachers struggle to take advantage of them because they are so time-poor. The analogy of the boy and the starfish springs to mind: while consultants, training providers and middle leaders selling CPD get praise for every teacher they ‘save’ from poor practice, we overlook the systemic factors that make the environment toxic in the first place. The combined effect is clear: if the government refuses to give teachers the time or money to do their jobs properly, then they will either leave quickly and quietly or find private means of making the system work for them.

As a result of the creeping pace of these two changes, sector leaders have become so inured to the undervaluing of the profession that some are treating crumbs from the table as manna from heaven. One education consultant said that the scepticism was unwarranted, in particular arguing that up to 40% of potential applicants were below 40 ‘and could reasonably be expected to make a contribution should they wish to’ – as we have seen, the last four words of that sentence are doing some very heavy lifting. But as with so many of the Johnson administration’s initiatives over the last two years, the government has abdicated responsibility for strategy at key moments, placing an enormous burden on sector leaders. Gavin Williamson’s mantra of ‘trusting teachers’ over 2021 exam grades placed a fig leaf of teacher empowerment over a centre-assessed grade system that caused extreme stress for senior staff. Paying lip service to the brilliance of school leaders while jettisoning the resources and strategy necessary to do the job in the pandemic has caused a paradigm downward shift in the sector’s expectations of the DfE. It’s no wonder that so many school leaders are struggling to cope, further reducing the sector’s capacity at a time when deprived children need teachers most.

I am writing this at the end of a full day of teaching and meetings, after which I spent an hour going through A Level data with senior leadership, a further half an hour helping a stand-in Head of English work out a strategy for our exam cohorts, and half an hour more debating whether I could mentor one of the four new members of staff in my department. When I asked my head if he’d heard from any of the ‘volunteer army’, he just laughed. Zahawi may want us to employ a ‘Dunkirk spirit’ in response to absences, but the truth is that for years now we’ve been not waving, but drowning.