'The story has clearly been identified by purveyors of anti-woke content as one that will easily trigger the sensitive brains of their conservative readers into spasms of outrage'. 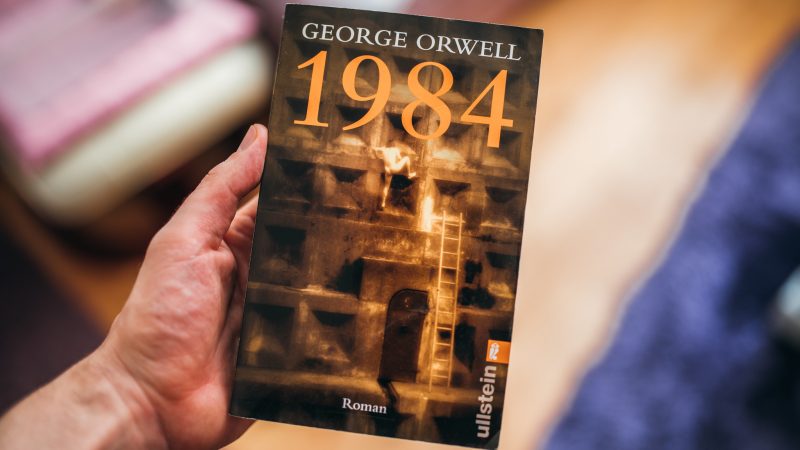 It was only a matter of time before the culture warriors came for George Orwell’s 1984, but today Spiked’s Brendan O’Neill accused the machka Marxists at the University of Northampton of ‘tyrannous habits’ for warning students about depictions of violence in set materials for the university’s English degree.

First reported by the Daily Mail, the story has clearly been identified by purveyors of anti-woke content as one that will easily trigger the sensitive brains of their conservative readers into spasms of outrage. A Freedom of Information request by the Mail revealed that students on the Identity Under Construction module were warned that course content ‘addresses challenging issues related to violence, gender, sexuality, class, race, abuses, sexual abuse, political ideas and offensive language’.

But the Mail and Spiked chose to single out 1984, claiming that what they termed a ‘trigger warning’ about the themes of the course “has infuriated critics, who say it runs contrary to the themes in the book”.

Who are these critics? Tory MP Andrew Bridgen was quoted by the Mail, saying “Our university campuses are fast becoming dystopian Big Brother zones where Newspeak is practised to diminish the range of intellectual thought and cancel speakers who don’t conform to it.” 2+2=5 indeed!

‘RIP satire, you had a good innings’, O’Neill laments, suggesting that Orwell’s satire on fascist and Stalinist censorship techniques finds a modern parallel in the desire of academic departments to warn students about course content.

Toby Young’s Free Speech Union was also deeply concerned about this, retweeting the Spiked article and quoting O’Neill’s admission that while ‘trigger warnings’ aren’t actually censorship, they are somehow a slippery slope towards it… because although “they don’t outright ban books but they do shroud them in suspicion; they treat them as dangerous objects”.

The University of Northampton’s Deputy Director of Communications Owen Morris told LFF that “the seminal Nineteen Eighty-Four was on the reading list of the course as we believe it is vital that students are exposed to revered writers such as George Orwell. The novel is required reading for the course because we strongly believe it should be widely read, alongside other literature across the ages and through the full range of genres. While it is not University policy, the tutors on that course may warn students of graphic depictions in relation to violence, sexual violence, domestic abuse and suicide and that these may be the subject of their discussions when analysing works of literature in depth.”

What’s more, the novel “is freely available in the University library to any student who may wish to read it at their leisure with no warning attached. We have not – and would not – censor, ban or discourage anyone from reading it.”

As I’m sure you will no doubt agree, this is clearly tyranny of the highest order.

In a totally unrelated matter, a search of the Free Speech Union’s Twitter feed for any mention of the anti-protest Police Bill or Arron Banks’ SLAPP lawsuit against Observer journalist Carole Cadwalladr turned up no results.

Gopal describes the strategy as a distraction from the very real underfunding of higher education. Ironic then, that the Daily Mail, Spiked and the Free Speech Union are busy attacking the University of Northampton for teaching 1984. O’Neill claims we are “a society that needs to read Nineteen Eighty-Four all over again.” Perhaps he should enrol on Northampton’s English BA then.