So vast is the opposition, that more than one million people have signed a petition for the former PM to have his “Knight Companion of the Most Noble of the Garter” rescinded. 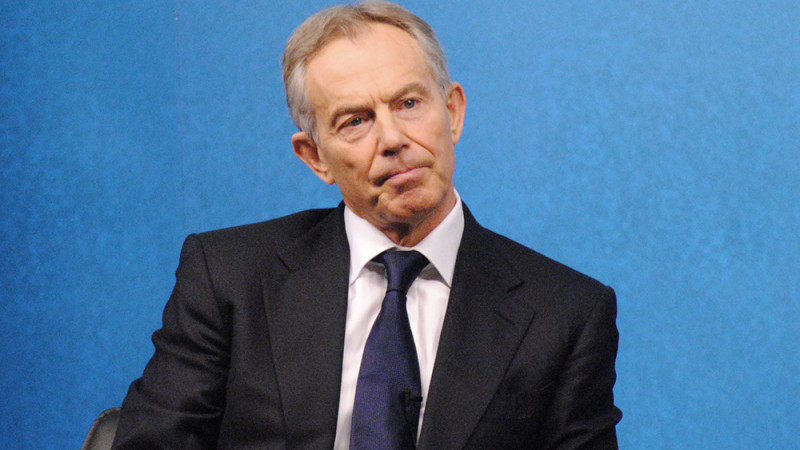 The honour, which the former Labour leader received on January 1, 2022, is the oldest and most senior British Order of Chivalry.

In a synopsis of the petition to revoke Blair’s knighthood, Angus Scott from Norfolk, who decided to create the petition after learning the news of the former PM’s peerage on New Year’s Eve, describes how Blair caused “irreparable damage to both the constitution of the United Kingdom and to the very fabric of the nation’s society.”

“He was personally responsible for causing the death of countless innocent, civilian lives and servicement in various conflicts. For this alone he should be held accountable for war crimes.

“Tony Blair is the least deserving person of any public honour, particularly anything awarded by Her Majesty the Queen.

“We petition the Prime Minister to petition Her Majesty to have this honour removed,” Scott’s petition summary states.

74-year-old Andy Pickard from Manchester was among the million-plus signatories. He explained his reasons for signing the petition to LFF:

“It seems absolutely clear to me that, whatever else Tony Blair achieved as prime minister, the Iraq war was illegal. There was no justificatory act of aggression by Iraq, there was no threat from  weapons of mass destruction, and there was absolutely no support from the United Nations or western allies. All of this is not hindsight but was known to Blair at the time. I’m not convinced that  he should be tried as a war criminal but giving him a knighthood just illustrates the moral poverty of our honours system.”

Public ‘overwhelmingly opposed’ to the knighthood

Confirming the scale of the disproval towards the knighthood further, is a poll that shows the public is “overwhelmingly opposed” to the decision.

The poll, which was conducted by YouGov, shows that 63% of people are against the decision to turn the former Labour prime minister into a Sir.

41% of those surveyed said they were “strongly against” the decision and just 14% said they agreed with it.

The poll surveyed a sample of 2,441 adults in the UK. Opposition against the knighthood was found to be evident across the political spectrum.

While the electorate holds little sympathy for Blair, the same cannot be said in elite circles and Westminster.

Keir Starmer rejected the suggestion that the decision to knight the former Labour leader was divisive.

Talking to ITV’s Good Morning, Starmer said he didn’t think the decision was thorny at all and that he believes Blair deserves the honour.

“He won three elections, he was a very successful prime minister,” said Starmer, adding that he respects the fact that people have different views.

After becoming prime minister in 1997, he enjoyed a largely untroubled ten-year reign at Number 10. The Iraq war was seen as the defining point in Blair’s turn in fortune.

One study shows that nearly half a million people were killed in Iraq as a result of war-related causes between the US-led invasion in 2033 and mid-2011.

Blair has admitted that he should have challenged the intelligence reports that informed his decision to take Britain to war in Iraq. Yet he continued to defend the decision, despite the damning findings of the Chilcot Inquiry, insisting that the decision was taken “out of good motives” and that he believed the Middle East would be in a worse place today if Saddam Hussein had not been removed.

The 2016 inquiry, led by Sir John Chilcot, found the former Labour leader had overplayed the ‘flawed’ intelligence about Saddam Hussein’s weaponry and had ignored peaceful means of resolving the issue. The report found that at the time of the invasion, Hussain had posed ‘no imminent threat’.

A ‘kick in the stomach’

The decision to send UK Armed Forces to Iraq and Afghanistan is the primary reason for the intense anger over Blair’s knighthood.

The dad of a soldier who died in an invasion in Iraq described the knighthood as a “kick in the stomach” and the “sickest thing I ever heard.”

Mark Thompson, whose son Kevin was killed in Iraq in 2007 at the age of 21, is one of a number of parents of military personnel who lost their life in action who have pledged to hand their medals back in resentment over the decision.

“I think there are hundreds out there who will join us. They all feel the same way — they are all fuming. It is all so wrong,” Thompson told the Daily Mail.

One prominent critic of the decision is Labour MP Richard Burgon who says the honouring of the ex-Labour leader is indicative of “what is wrong with our system.”

Talking to The Telegraph, Burgon said: “It says a lot about what is wrong with our system when, after being one of the leading architects of the war on Iraq, Tony Blair is honoured with a knighthood, whilst Julian Assange, who has exposed war crimes in Iraq, Afghanistan and elsewhere, faces extradition to the US, where he could spend the rest of his life in prison.”