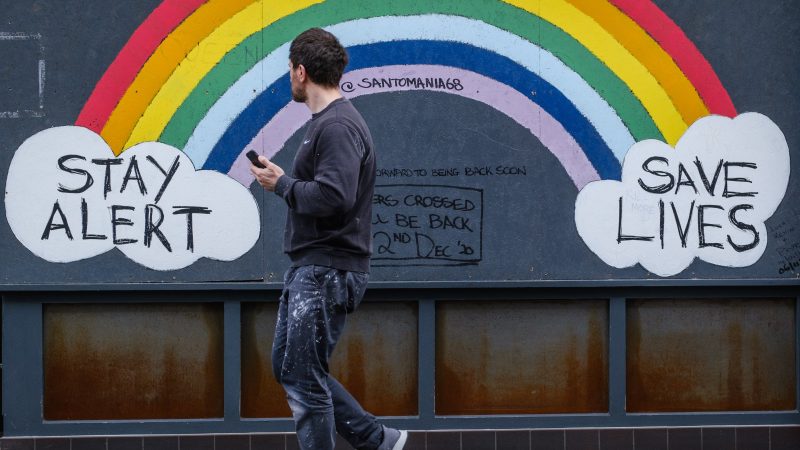 Since the arrival of the Omicron variant of COVID-19 we have been told it is mild, or at least milder than Delta or previous variants.

The problem with this narrative is it is more based in wishful thinking than scientific enquiry. What facts have been employed have been cherry picked to tell a hopeful story – which in the case of Government Ministers conveniently justifies their decision to stick to measures they celebrate as the “least restrictive in Europe” even as case numbers hit daily records.

The oft-repeated South African experience has little to tell the rest of the world. With a median age of just 27 its demographic profile is far more youthful than most. In comparison the American median age is 38, in the UK 40. Less than 5% of the South African population is over 60; the equivalent UK figure is over 22%.

Also important is that when Omicron arrived South Africa had high levels of immunity from previous infections including a recent Delta wave. Prior to that it had seen far wider spread of Beta which may be closer to Omicron, leading to higher levels of immunity against the new variant.

In reality Omicron is little different to any other variant of COVID-19. It is still a deadly disease that suffocates people to death. On average COVID-19’s mortality rate is 2% in unvaccinated people, low for a coronavirus (SARS has a mortality rate of 15%, MERS of 40%) but far higher than flu’s 0.1%. Omicron may have a slightly lower mortality rate but given its novelty this is as yet unproven.

Beyond mortality we know nothing yet of its ability to worsen or instigate Long COVID-19, but there is no reason to assume it will be different to Delta or previous variants. And as with all variants we know little to nothing of potential long term health impacts which have resulted from other viruses including close cousins SARS and MERS.

The Omicron variant itself is different from previous iterations in two ways, one potentially helpful, the other not. Potentially helpful for an individual patient is that Omicron replicates more – a massive 70 times more – in the upper respiratory tract than previous variants but somewhat less in the lungs. In theory this could lead to lower severity as the lungs and other organs are less likely to be impacted.

Even here there is no guarantee. As evidence stacks up we may find it nonetheless progresses to the lungs and other organs. In patients where it does it could be just as severe as Alpha, Delta or any other variant.

Yet on a population level respiratory replication is incredibly unhelpful. It is what gives Omicron its far higher transmissibility and an R rate of 5, which means many more cases and is the main cause of the UK’s record infection rate.

This is where Omicron’s second difference matters. Due to differences in the spike protein it is able to evade existing immunity from vaccination or prior infection, according to an Imperial College study to a “very substantial extent” which “means that Omicron poses a major, imminent threat to public health.”

This high level of immune escape means that millions of people who were well protected from Delta – in the upper 90s in percentage terms – are now far less protected against Omicron.

A full 40% of people over the age of 12 have not had a booster jab, acknowledged even by the Government as essential for a meaningful level of protection against Omicron. Almost everyone aged 11 and under is similarly unprotected due to their decision to roll out vaccines to only “vulnerable” children, unlike many other nations where child vaccinations are well under way.

The same Imperial College report found the risk of reinfection with Omicron is 5.4 times greater than that of the Delta variant. Protection against reinfection by Omicron afforded by past infection may be as low as 19%. Before Omicron this figure was estimated to be 85%.

Even worse, boosters are not the get out of jail free card the Government present them as. They are essential and incredibly helpful, raising immunity levels substantially when compared to prior infection or two vaccine doses. But even a booster dose does not raise protection levels to those seen against Delta.

Imperial found that vaccine effectiveness against symptomatic Omicron infection was between 0% and 20% after two doses, and between 55% and 80% after a booster dose, which means that even a booster may not raise a person’s immunity above 55%.

Even that immunity is temporary. The numbers vary based on the manufacturer of a person’s initial vaccines and booster but all show a significant drop in protection after ten weeks, falling to as little as 35%. It is likely to fall further from there.

Many older people had their booster doses over 10 weeks ago, meaning they will have lost much of the protection they had gained, yet this is not being reported by Government or the media.

Adding to concern is that infections are progressing up the age profile. “This has largely been an infection among younger people up until now, and it is moving up the age range now,” Chief Scientific Adviser, Patrick Vallance said this week. “As it moves up the age range you would expect to see more hospitalisations and we don’t know for sure how that’s going to manifest and what degree of disease.”

Far from being mild Omicron is a serious and deadly illness. It is a hyper-infectious and vaccine-resistant variant of a pandemic. Vaccinated people, even with three doses to their name, are all less protected against it than we were against Delta in November. Its symptoms may on average be somewhat milder than Delta or previous variants but it remains deadly for some. For others it will cause severe, in some cases ongoing, illness.

Nonetheless the Government remains for now committed to its current plan, even as cases reach new heights and hospitalisations reach numbers not seen since February 2021.

The supposed mildness of Omicron is being used to justify the lax response to this wave. It will not feel mild to those hospitalised, to their families, to those who become ill for months or longer with Long COVID-19.

Its supposed mildness will be of little comfort to the NHS staff who are desperately trying to cope with full hospitals and a waiting list of non-COVID-19 cases that is already over 6 million.

What should worry the rest of us is that we are being told that boosters will make us safe when the truth is that they make us only marginally more safe for a few weeks. Restrictions or not this pandemic is not over yet. The Government would do well to admit that and respond before the NHS really is overwhelmed, to all of our cost.