"Proper ventilation “can reduce airborne risks by up to 70% compared to poor ventilation”. 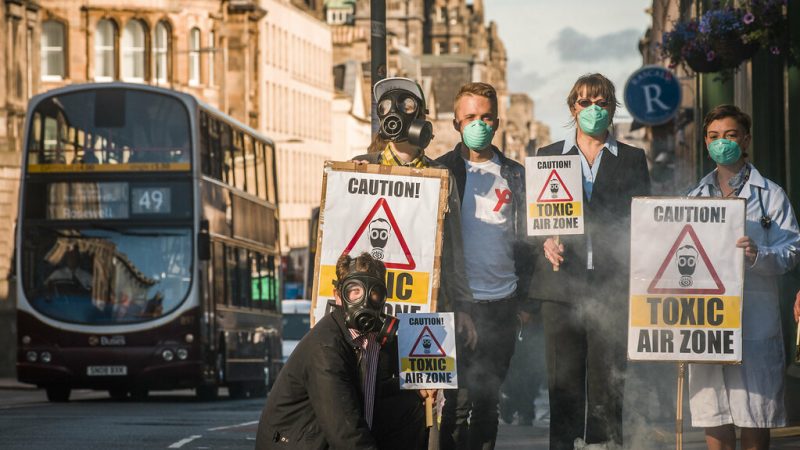 My fellow Green peer Jenny Jones has long been a champion of tackling air pollution, particularly from vehicles, and one of the first Green Party activities I did was with now London Assembly member Sian Berry, highlighting the dreadful air quality on Kentish Town Road in North London.

The Covid pandemic has highlighted another side to the issue of air quality: we need to clean up the air inside our buildings, particularly to get rid of medically dangerous microbes and pollutants. Over a century or more we’ve seen improvements in water/sewage treatment & segregation (well until privatisation saw us start to backslide dramatically); we must now turn our attention to the other most important fluid in our lives: air.

The obvious place to start is ventilation – simply circulating fresh air, something I’ve been saying that the government has failed to get a grip on in the face of Covid for some 18 months. Back in October 2020 I was pointing to German practices of opening school windows and asking about enhanced building standards. Later last year, I was pointing to some very useful practical advice on managing air flow in schools. Just in December, I was suggesting that shops and entertainment venues might have star ratings for air cleanliness as they do for food hygiene.

There was progress, of a kind, this week, with the statement in the Commons about the January reopening of schools being the first I’ve seen to devote a significant section to ventilation there. But 8,000 air filtration units, spread among 300,000 classrooms in England, is not a serious attempt to address the issue.

When I questioned the minister in the Lords yesterday on this, she claimed this will completely solve the issue. That’s extremely hard to square with research indicating “half of staff (50%) [are] saying it was impossible to implement the open window guidelines in five to 10 classrooms at their school”.

Not to mention the issue of temperature. Given the weather over the past week, opening windows creates different health, safety – and educational – concerns. It’s hard to learn when you are shivering (or write and type when wearing gloves). That’s undoubtedly a big factor in 25% of teachers saying the “open windows” policy created more problems than it solved.

This is not just about Covid19 – as crucial as it clearly is for us to find ways to get the runaway disease under control –  but implementing inexpensive non-pharmaceutical interventions can help us prevent future morbidity and mortality – from the ever-present flu and, very likely, whatever the next pandemic that arrives. Even so unlikely a champion of public health as The Economist is saying so.

Proper ventilation “can reduce airborne risks by up to 70% compared to poor ventilation”.

And since it won’t always be possible to get enough air circulating in buildings, so sometimes that means filtration is needed to “create” clean air – the techies call this “air sanitation.

It is clear that the Government’s top priority should now be to roll out a massive installation of appropriate ventilation/filtration systems in schools. This should be followed by all enclosed public spaces – and why not a ratings system for businesses, that would encourage them to make the health of their air a selling point, and allow customers to make informed choices about safety?

Other European nations have seen the importance of air sanitation and have committed appropriately large sums of cash to the issue. Germany, for example, announced a half billion euro investment  in October 2020. Ireland has allocated 72 billion euros for schools alone.

There is, as ever throughout this pandemic, a delicate balance to be struck between environmental and human health considerations. As I have argued before in the Chamber of the House of Lords, all Government spending should be aligned with our strategic climate goals.

A mass ventilation rollout should take into consideration the environmental impacts of the full lifecycle of the devices and filters selected. In as much as possible, those devices selected for inclusion in the rollout should be constructed from materials with low environmental impacts; require low energy inputs for high filtration ability; and be easily reuseable, upcyclable, or recyclable.

This is not impossible—it merely requires competent leadership and commitment to solving the problems of the age. And avoidance of cronyism.

As so often, the UK Government is faced with a difficult choice as a result of its prior inaction. It remains to be seen whether the Government will choose to get a grip and be proactive in defending the people of the United Kingdom, or continue reacting haphazardly to basic threats to public wellbeing.