Johnson insisted he thought it was a work event 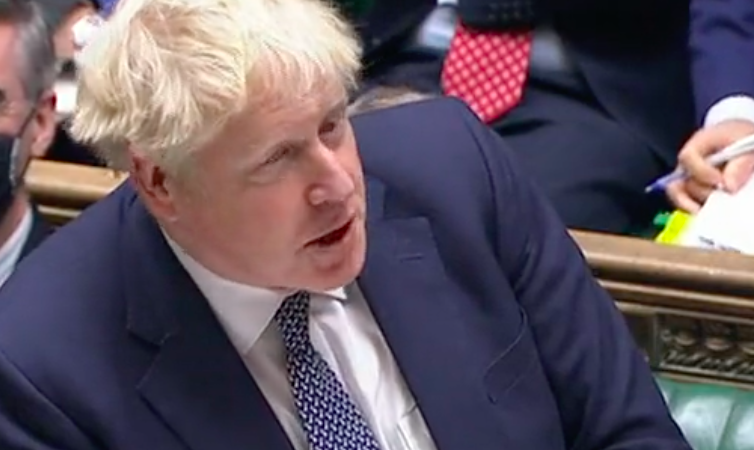 Boris Johnson suffered a humiliating prime minister’s questions this afternoon, with even his own backbenchers showing their disbelief at the prime minister, as the fallout continues from Downing Street organising parties in the first lockdown while the rest of the country was told to stay at home.

Johnson began PMQs with an apology for attending the lockdown party on 20 May 2020, telling MPs that he “went outside for 25 mins” to thank staff but admitted “with hindsight I should have sent them back indoors”.

To much ridicule and jeering, he went on to claim that he believed implicitly that ‘this was a work event’.

In a statement, ahead of the PMQs clash, Johnson said: “I want to apologise. I know that millions of people across this country have made extraordinary sacrifices over the last 18 months.

“I know the anguish they have been through – unable to mourn their relatives, unable to live their lives as they want or to do the things they love.”

Johnson added: “I should have recognised that even if it could be said technically to fall within the guidance, there are millions and millions of people who simply would not see it that way, people who have suffered terribly, people who were forbidden for meeting loved ones at all inside or outside, and to them and to this House I offer my heartfelt apologies.”

Yet he faced repeated calls to resign from Keir Starmer, who had one of his best performances at PMQs yet.

Starmer said: “There we have it. After months of deceit and deception, the pathetic spectacle of a man who has run out of road. His defence … that he didn’t realise he was at a party is so ridiculous that it’s actually offensive to the British public.

“He’s finally been forced to admit what everyone knew, that when the whole country was locked down he was hosting boozing parties in Downing Street. Is he now going to do the decent thing and resign?”

The calls for Boris to go were echoed by Lib Dem leader Ed Davey who asked why Allegra Stratton, a woman, was the only person to have resigned over No 10 parties, while Johnson, who attended them, is still in post. He too called on Johnson to resign.

Labour MP Chris Bryant also delivered some scathing criticism, asking: “How stupid does the PM think the British people are?”