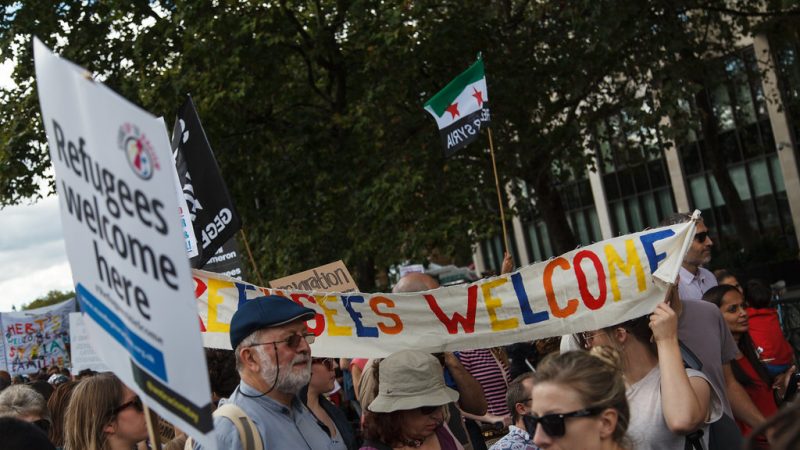 It was disappointing to read our local MP Paul Bristow’s column at the start of the week, in the local tabloid The Peterborough Telegraph, in which he criticised the Labour Councillors in what came across as a personal judgement towards them, simply for communicating with ward residents about the changes to the Nationality and Borders Bill.

The bill was voted through Parliament last week and despite much protest locally, Paul Bristow voted in favour of the Bill in which he stated, “good people in our city have been made to fear for their future and told they could be stripped of their British citizenship without notice. “

He also wrote, “by definition, no one living a normal life in the United Kingdom will be affected. Nothing in Peterborough is altered by this minor change to the law and no constituent should be concerned about their own citizenship.”

He stood up in Parliament and viciously attacked both myself and Councillor Amjad Iqbal and claimed Councillor Iqbal to be a legal practitioner when in fact he is a qualified immigration adviser.

The following are some of the reasons why residents in our diverse city of Peterborough and across the UK have every right to be concerned about the Bill, which is scheduled to be presented to the House of Lords on the 5th January.

Section 9(2)(c)(iii) states that the person doesn’t have to be notified “if it appears to the Secretary of State that notice under that subsection should not be given in the public interest”.

Garden Court barristers state: “Our view is that the Bill, as currently drafted, runs contrary to the UK’s obligations under international refugee and human rights law generally and for women and girls in particular; risks undermining the UK’s reputation in terms of meeting its international obligations to refugees, and ultimately, is counter-productive to the Government’s aim, because it will result in more not less litigation as the Courts try to grapple with the implications of these wide ranging changes to established protections.” This will no doubt be, to the cost of the  taxpayer.

Women will be disproportionately disadvantaged by the Bill, the opinion finds.

The legal opinion highlights how clauses 31 and 32 of the Bill, in particular, will negatively impact women seeking asylum and protection.

Clause 31 aims to change the standard of proof and the evidence required in asylum claims, while Clause 32 seeks in subsections (2)-(4) to change the test for the definition of a ‘particular social group’ (PSG). These changes reverse longstanding principles and are a clear attempt to reinstate approaches which have been repeatedly and roundly rejected by the courts. “These changes can and will have a disproportionate adverse impact on asylum seekers who are women and girls, as many women face persecution as a result of their sex or gender e.g. gender-based and sexual violence, discriminatory denial of education, access to political and civic equality,” the opinion’s summary explains.

The Muslim Council of Britain and its Secretary General, Zara Mohammed, released a joint statement, alongside other faith based organisations, warning against the dangers of the Bill. It has urged the House of Lords to vote against the Bill and says:

“We particularly oppose Clause 9 of the proposed Bill, “Notice of decision to deprive a person of citizenship.’ This clause gives the Home Secretary unprecedented power to remove a British person’s citizenship in secret, without any notice and effectively without any appeal. Communities across the UK are concerned and deeply alarmed by these measures, particularly in the wake of the Windrush scandal. We believe that this Bill could render many British people second class citizens: they risk living in fear under a sword of Damocles wondering when they will be deemed stateless without any recourse to the law.”

It is obvious that the relevant organisations, representing the diverse communities condemn this Bill and are justifiably concerned.

As local councillors we stand by our legitimate concerns with respect to the Bill and would urge the MP to retract his statements that are personal and not reflective of the unity that is needed within our communities, irrespective of political ideology in such challenging times such as the Covid-19 Pandemic.

In response, Paul Bristow’s office accused the councillors of scaremongering and reiterated the following: “Clause 9 of the Bill changes the requirement for the Home Secretary to serve notice on a person should this be impracticable or should doing so damage the public interest. The only change to the current rules is about issuing this notice. There are no changes to the exceptional circumstances that allow citizenship to be removed. By definition, no one living a normal life in the United Kingdom will be affected.”