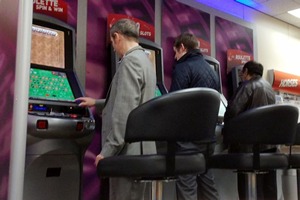 A Tory MP has been advocating for the betting industry after previously being criticised for a conflict of interest.

According to a Guardian article last year, Robertson said he would not be advocating for the betting industry or making submissions to the gambling review for the cross-party parliamentary group on betting and gaming, which he is a member of.

And yet he continues to show his support publicly for gambling and sport.

Appearing in Conservative Home this week (December 28), Robertson penned an article, sponsored by the Betting and Gaming Council, sharing that he was a fan of horseracing.

He went on to write: “The close relationship between betting and horseracing is well known, with having a flutter being an intrinsic part of the racing experience for many people.”

The MP did add that he’s pleased “that every racecourse in the country is committed to promoting safer gambling and signposting the wide range of help and advice that is available.”

Nonetheless, Robertson was subject to criticism last year by Labour MP Carolyn Harris, parliamentary private secretary to Keir Starmer and leading advocate for gambling reform, for there being a conflict of interest around his BGC work.

“There’s a conflict of interest here, isn’t there?” they added.

Just before the news came out that Robertson was getting paid for the job with the BGC, Labour deputy leader Tom Watson landed in disgrace himself.

After being a vocal critic of the betting industry while he was a politician, it emerged that he accepted an advisory role with Flutter, the owner of Paddy Power.

Watson was no longer in parliament at the time, but it’s a very different story for Robertson, still a prominent Tory backbencher.

At the time, a spokesperson for the BCG told the Guardian that Robertson “is a strong advocate of big changes in the betting industry”.

They continued: “Indeed, as a Conservative candidate at the last general election, he stood on a manifesto specifically committed to reforming the Gambling Act.

“His appointment is consistent with the strict parliamentary rules and has already been declared, so it is fully transparent.”

MP Laurence Robertson and the Betting and Gaming Council have been approached for comment.