With soaring energy bills and rising taxes, millions of UK families are on the brink of severe cost-of-living upheaval. 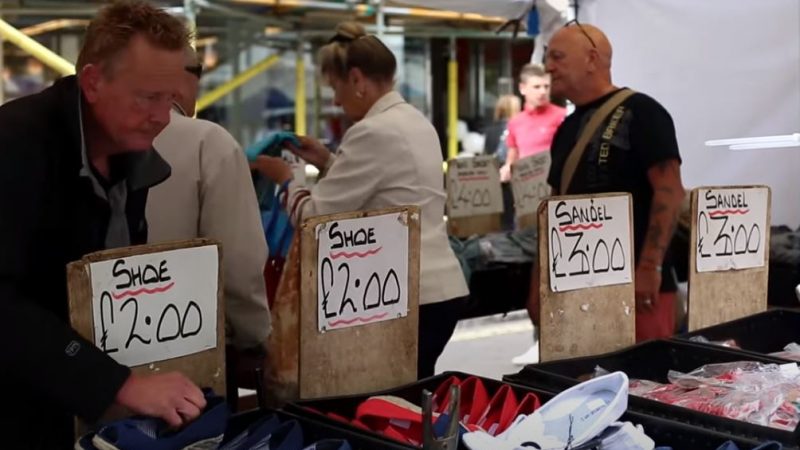 2022 is set to be the ‘year of the squeeze’, with poorer families facing a “catastrophic” rise to the cost of living.

This is the finding of research by the Resolution Foundation (RF), an independent think-tank focused on improving living standards for those of low incomes.

According to the Foundation’s latest quarterly Labour Market Outlook, which explores how families and workers are likely to be impacted by significant economic shifts in 2022, from April, the typical household will be forced to deal with a £1,200-a-year hit to their income, as the 1.25% increase to National Insurance (NI) contributions comes into effect and the energy price cap is raised.

The report warns that energy bills will rise by around £500 a year due to the increase in the price cap, which may be coupled with an additional £100 added to consumer bills because of energy companies’ failings.

Stark rises to energy costs will disproportionately impact families on low income, who spend a higher amount of their income on energy. The cost of gas and electricity is expected to account for 12% of the income of the poorest households compared to the 8.5% they are paying now.

The NI and energy increases will be accompanied with rising inflation, which is forecast to peak at 0.6% in the spring. With the rising cost of living, real wages will effectively stagnate, meaning by Christmas next year, salaries will be no higher than they are now.

The Foundation warns that by the end of 2024, real wages would still be £740 a year lower than if the country’s “already sluggish” pre-pandemic pay growth continued.

Torsten Bell, chief executive of the Resolution Foundation, said that the rising cost of living is likely to be so harsh that the Chancellor will come under pressure to alleviate the financial strain families will be put under.

“2022 will begin with Omicron at the forefront of everyone’s minds. But while the economic impact of this new wave is uncertain, it should at least be short-lived. Instead, 2022 will be defined as the ‘year of the squeeze.

“Top of the government’s New Year resolutions should be addressing April’s energy bills hike, particularly for the poorest households who will be hardest hit by rising gas and electricity bills,” said Bell.

The cost-of-living catastrophe forecast for 2022 follows months of hardship for the country’s poorest families.

In January 2021, more than a third of the UK’s most hard-up households had seen their incomes squeezed throughout the pandemic because they were forced to spend more on living essentials, like food, gas, electricity and home schooling.

At the time, the RF had voiced concern that while better off families had been able to increase financial savings because spending had broadly dropped, this was not the case for many low-income families, who faced a surge in living costs.

The think-tank’s research into how the pandemic had made life more expensive for families on a low income with children concluded:

“The study shines an unforgiving light on the absence of targeted, adequate support for families on a low income, who today face the combined insecurity of Covid-19 and increased financial pressure.”

In light of the RF’s fresh warnings, about the cost-of-living, Jonathan Ashworth, shadow work and pensions secretary, said: “Families and pensioners face a devastating new year cost of living crisis, yet Boris Johnson refuses to act.

“The simple truth is families are worse off under the Conservatives.”

Consumers are already being faced with rising bills and are worried that they are going to get higher in forthcoming months.

Mum-of-one Rebecca Shivani, who is looking to return to work when her son starts school next year, told LFF that last month she received a three-month energy bill totalling £800.

“I heard on the news that bills could go up even more. It’s totally unaffordable, and I’m not sure how people are going to be able to afford it. We had to use our savings to pay for our latest bill. There’s a lot of discussion about it on the local mums’ group on Facebook. Didn’t pro-Brexit MPs tell us that our energy bills would go down?” she asked.

In response to warnings about the impact rising basic living costs will have on low-income families, a government spokesperson said that ministers have put a £4.2 billion “decisive action” package in place to support families with the cost of living.