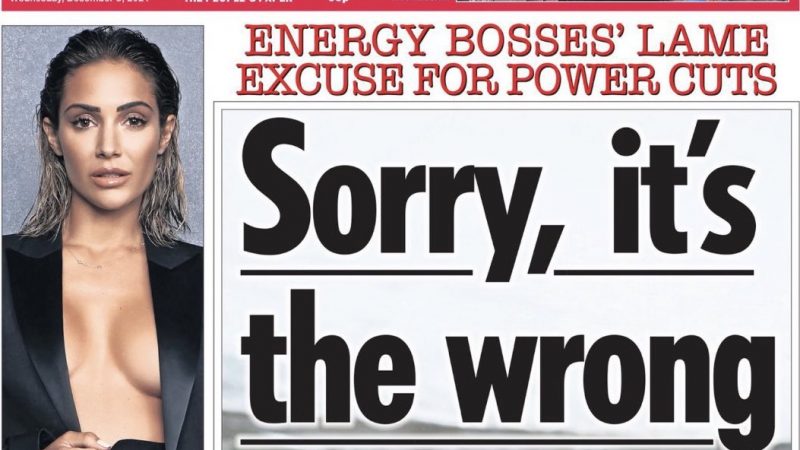 The Sun, which prides itself on ‘holding the powerful to account without fear or favour’ has been ridiculed for its front page and downplaying one of the biggest political scandals of the year.

On the day when much of the country’s media was focused on the bombshell leaked video footage which showed Number 10 staff joking about a Christmas Party last year in breach of Covid rules but which Downing Street still refuses to admit took place, the Sun chose to focus on ‘Energy chiefs feel the heat after blaming the Storm Arwen power-cut crisis on the wrong type of wind’.

Private Eye Magazine tweeted in response: “Why is the Sun’s coverage of the Downing Street Christmas party story so muted? Could it be because on the very same night in December 2020, the paper was hosting a rule-busting boozy bash of its own? Full story in the brand new Private Eye, out today.”

Alastair Camobell tweeted: “So @TheSun continuing to play down to invisibility the story of the government it supports breaking the law … any special reason?”

Have I got News for You added: “Today’s headlines:

Metro – THEY’RE LAUGHING AT US

Another social media user added: “I wonder why the latest fiasco isn’t all over the front page today. Could it be someone high ranking from the Sun was at one of those Christmas parties?”