'The road to a more equitable society involves an uncomfortable path, but it is a path worth taking' 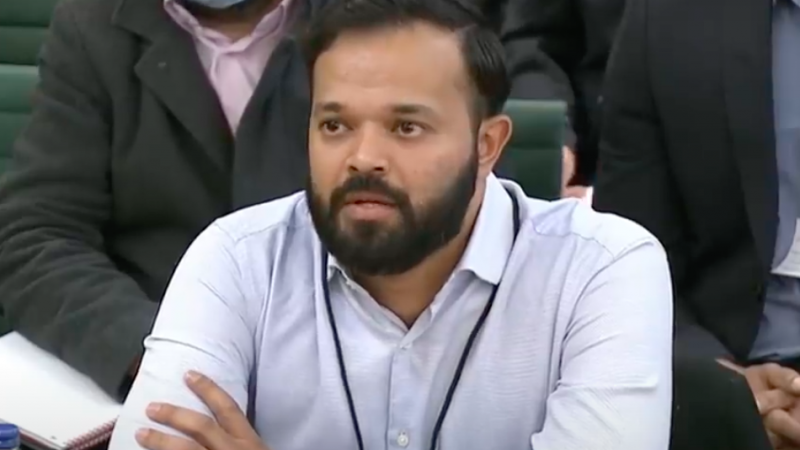 I was three years old when I was first called a p*ki. Too young to understand the intent behind the word and too young to have been aware of the difference between us. My thick hair, uncomfortably placed on my face, my Arabic name that no one ever bothered to pronounce correctly, my brown complexion. Growing up in a Northern market town there weren’t many people that ‘looked like me’.

If we did ever see anyone who ‘looked like me’ on the way to school or on the TV, the usual questions of “is that your uncle?” would come rolling in, as predictable as you’d expect. I’d get asked about my views on 9/11, whether I supported the Taliban, did I have a bomb on me. “Why does she smell of curry?” I would hear in hushed tones as I walked past. This question was one of the most unfortunate because most of the time I did. Anyone who has ever made a curry will know how pungent those spices are, and with a chef for a mother I stood no chance.

When Azeem Rafiq brought to light the litany of racist incidents he had experienced while at Yorkshire County Cricket Club, I was transported back in quick succession to the distant and not so distant memories. Azeem’s story resonated, as I am sure it did with so many other people who grew up in this country as ‘other’. It was painful to watch a man speak of his experiences of racism, implore his employers to take action, just to be racially gaslit and told that p*ki bashing is “just banter”.

I thought of all the times I have been racially abused and not called someone out because I didn’t want anyone to feel uncomfortable, I didn’t want to make a scene or be told I was overreacting. If I had a pound for everytime I saw on Twitter that p*ki is just an abbreviation of Pakistani, I would be writing this article from a hammock in the Maldives, not my cold flat in London.

Words have meaning outside of their descriptive function and p*ki is often used as a catch-all derogatory term for anyone with brown skin. How awful it must be to be Pakistani that one’s proximity (perceived or otherwise) to the nation can be used as an insult. P*ki is a reminder of difference, of a violent past, of not belonging.

Although the history of physical violence towards those with Brown skin is not as present today, the fact that P*ki bashing can still be regarded as “banter” shows we have a long way to go. For people who haven’t experienced racism, it is difficult to articulate how vulnerable you make yourself when you challenge it. You open up the part of yourself that is wounded, the wound only grows when you are told your experiences do not warrant the hurt.

We stand on the shoulders of those who have come before us and have marched and protested against racism in this country. It takes the courage of people like Azeem to disrupt the status quo and ask for change. The road to a more equitable society involves an uncomfortable path, but it is a path worth taking. Azeem doesn’t want “heads to roll”, he just wants an acknowledgment, an apology and a commitment to make positive change in the sport.

I am not a sporty person, my hand eye coordination is abysmal and I have the strength of a potato, but sports should be for everyone who wants to take part. Over the years it has been a great unifier of people across cultures, ethnicities and language, yet it is clear that there is still some way to go in making cricket a welcoming and inclusive space.

Calling out racism is hard, but it is the first step in creating change and as a British-Pakistani person, I would like to say thank you to those who do, including Azeem. The next step is listening and learning. As part of our commitment to having a solution based and productive approach to tackling racism, we started the Run Racism Out project – HOPE not hate’s new anti-racism education programme that we will be making available to grassroot cricket clubs as well as professional teams. I am not naive enough to think that anti-racism training is going to end racism in cricket, but I do think it offers a valuable opportunity to start unpicking it.

The three year old who called me a P*ki was not born racist or with prejudicial views, racism is learnt and therefore, it can be unlearnt. That gives me hope.