'Northern Ireland, so recently freed by a better generation of politicians from the violence that so regularly cost lives and damaged property, cannot afford to go back.' 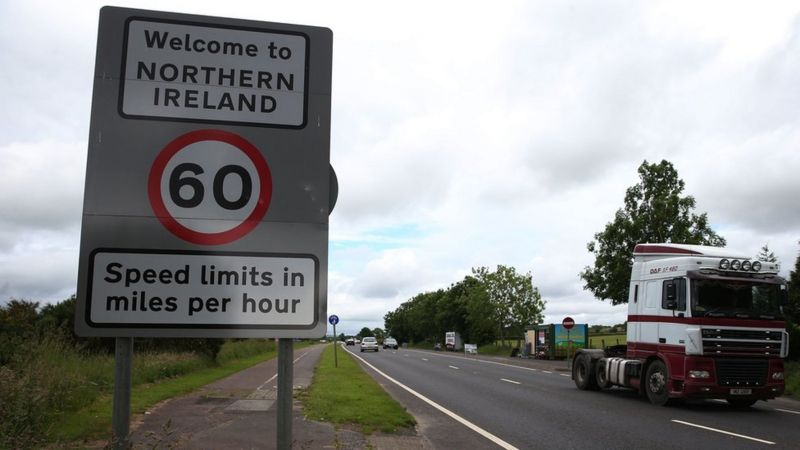 One of the most striking sections in the recent New Labour documentary covered the signing of the 1998 Good Friday Agreement. Footage of late night final negotiations was followed by speeches of then prime ministers Tony Blair and Bertie Ahern, both commending the Agreement to the people of the island of Ireland.

“The principle of consent is absolute and is throughout the agreement,” said Blair. The campaign for a united Ireland could now take place peacefully, as could the campaign for Northern Ireland to remain part of the UK. Within the EU and single market there was no need for a land border, while the Agreement made provision for equal treatment of Irish and UK citizens in the North.

Fast forward over 20 years and the status quo established by the Agreement has been severely tested. While Northern Ireland remains in the EU single market for goods in order to prevent a hard border on the island the result is a hard border in the Irish Sea. Many citizenship rights for non-UK nationals have been lost, impacting issues like access to public services, work and housing.

Blair’s principle of consent survives in name only. While Stormont does get periodic votes on the Protocol there is no other viable solution. A border has to go somewhere. Given the sensitivities of a land border the sea, while far from ideal, is the least worst option.

Despite these impacts, for most of the British press, Northern Ireland now features merely as the theatre for an ongoing war of words between Boris Johnson’s Brexit lead, David Frost and his EU counterpart Maros Sefcovic.

The people of Northern Ireland are all but absent, their views, hopes and fears deemed irrelevant by a press more fascinated by political power play.

A new report from the Irish Central Border Area Network (ICBAN) and Queen’s University in Belfast seeks to fill that gap. Its stark conclusion is that the Brexit process and ongoing uncertainty have been far from good for the people of Northern Ireland.

Overall researchers found Brexit has been “worse or much worse than expected” for most people (53%) living in border regions. Only 13% said it has been better than they feared.

Many residents cited increased economic hardship, some finding it hard to source fruit and vegetables or to import items from Great Britain due to increased costs. Others faced higher business charges and were forced to source materials from elsewhere in the single market.

Researchers were more concerned about a widespread rise in anxiety about cross border and cross community relations. Many respondents gave examples of “hardening views” on both sides, including among young people. People are living with an “increased sense of uncertainty and loss of faith in political leadership” said one resident. Brexit has destabilised “peace between both communities”, “tensions and violence [are in danger of being] resurrected” said another.

The Protocol itself was not an issue for most respondents. Most saw it as the best available outcome, believing it offers ‘dual market accessibility’ and avoids ‘a hard Brexit [and] hard border’. But many feared ongoing tensions could make these benefits redundant. Over half (57%) fear that a hard land border could still be imposed, even at this late stage.

Dr Milena Komarova, one of the report’s two authors, says the study shows that “for any opportunities from the Protocol to be realised social stability and political certainty are essential.”

Most participants stressed the “importance of cross-border cooperation as the only way forward,” she said. But respondents feared that North-South cooperation, seen as essential if peace is to endure, could weaken as a result of ongoing tensions between the UK and EU.

Previous studies have drawn similar conclusions. Earlier this year another Queen’s study found that ongoing uncertainty had caused border residents to draw on anxiety filled memories from the securitised border of the pre-Good Friday Agreement era.

These fears were being projected onto the next generation, even those too young to remember life before the Agreement. Brexit has reintroduced, if not the physical border, the psychological borders of the past.

A new report from the cross border Independent Reporting Commission found that “reaction to Brexit, including the Protocol on Ireland/Northern Ireland, has led to new complexities and increasing prominence of paramilitarism.” Brexit, it said, had given loyalist militants a new motivation for violence.

In this context political leaders should be doing all they can to resolve tensions and restore certainty. To their credit some are; the EU’s offer of amendments to the Protocol went further than many expected and contained most of the changes asked for by Northern Ireland businesses. If implemented these changes would dramatically reduce the scale of checks at border ports, in the process reducing tensions over the Protocol.

Others, including Johnson’s Government and some Northern Ireland politicians, refuse to accept compromise or resolution. Johnson’s demand that the EU remove European Court of Justice (ECJ) oversight of the Protocol serves no purpose other than providing an excuse for him to refuse EU terms, extending the war of words for English tabloids and uncertainty for Northern Ireland.

The danger is that until a final agreement is reached tensions will rise further and isolated acts of violence become the norm. To prevent that outcome leaders in Belfast and London need to accept the reality and permanence of the Protocol; it may be imperfect but it is the only available solution in a world where the rest of the UK remains outside the single market and customs union, a fact few expect to change in the short term.

Northern Ireland, so recently freed by a better generation of politicians from the violence that so regularly cost lives and damaged property, cannot afford to go back. To move forward it will need politicians willing to put the needs of its people first, like Blair and Ahern before them finding the courage to compromise for the sake of peace.