Are the voters ahead of political parties on this issue 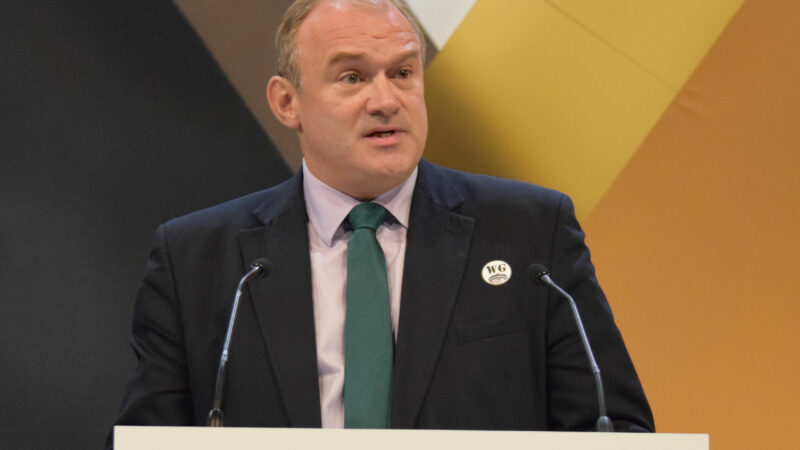 After the shock Lib Dem by-election win in North Shropshire, where the party overturned a 23,000 majority to defeat the Tories, some are calling for a formal progressive alliance to help oust the Tories at the next general election.

Although the Labour Party came second in 2019 and the Lib Dems came from third to topple the Tories, some have taken the tactical voting that took place in the by-election as proof that the only way to defeat the Tories is through a progressive alliance.

Neal Lawson, Director of Compass, the pressure group campaigning for a progressive alliance, said: “This is a good day for all progressives. Voters have formed an alliance and are way ahead of the politicians in wanting a change of government and politics.’

‘But what is given in by-elections is often taken away in generals unless progressive parties learn to work more effectively together.

‘Labour was playing with fire in this by-election. The party locally ignored the quiet deal that Keir Starmer and Ed Davey had clearly done – and could have split the vote to disastrous effect. In a general election, splitting the progressive vote is the Tories best hope of staying in power.

‘In 1997 Labour and the Liberal Democrats worked successfully together. Today the electoral mountain is much steeper. We need 1997-plus levels of cross-party working, but we are getting 1997-minus.

‘The electoral map is crystal clear. The Lib Dems are second in 80 Tory seats. They and Labour have no fight with each other.

‘The two parties need to create a national mood that it’s time for change and then get out of each other’s way.’

Journalist and commentator Paul Mason also claimed that the by-election result in North Shropshire was a win for the progressive alliance strategy.

He tweeted: “North Shropshire looks like a Libdem win – and a win for the #ProgressiveAlliance strategy: looks like Lab/Green voters tactically voted to punish Johnson over corruption and Covid.”

Users on social media urged Keir Starmer to agree to a progressive alliance: One tweeted: “Hey @Keir_Starmer, I know you probably won’t reply to me on here, but (lifelong Labour voter), North Shropshire has shown that tactical voting can work. How about you move the party towards a more progressive alliance with liberal democrats et al and get these Tories out yeah?”

Another wrote: “North Shropshire and Bexley and Sidcup by-election results bode well for a progressive alliance between Labour and the LDs in the next general election, which is most likely needed for them to have enough seats between them to form a coalition government without needing the SNP.”