'They knew there was a party, they knew it was against the rules, they knew they couldn't admit it and they thought it was funny.' 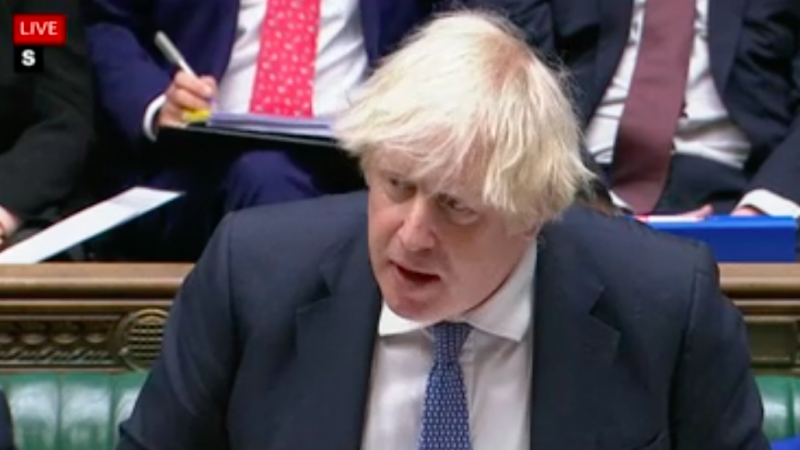 The Prime Minister was accused of having a ‘brass neck’ as he was taken to task for lying to the public, following the leaking of footage which showed Downing Street staff joking about a Christmas Party last year in breach of Covid rules.

Although the prime minister apologised for the Downing Street video, saying he understood and shared ‘the anger up and down the country at seeing No 10 staff seeming to make light of lockdown measures’, he continued to insist however that there was ‘no party’.

Keir Starmer said in response: “Millions of people now think that the Prime Minister was taking people for fools and that they were lied to. They were right weren’t they?”

In what was a humiliating PMQs for Johnson, the Labour leader added: “They knew there was a party, they knew it was against the rules, they knew they couldn’t admit it and they thought it was funny. It’s obvious what happened. Ant and dec are ahead of the prime minister on this.”

Johnson also went on to accuse the opposition of trying to play politics over the issue, a comment which led to social media users online claiming the ‘bar for political brass neck just got raised to a new level’.

Nadia Whittome MP added: “Boris Johnson is claiming if there was a party, he had no knowledge of it.

“The party was happening in his house.

Policy correspondent at the Independent, Jon Ston tweeted: “Boris Johnson’s ‘playing politics’ line makes no sense. The issue is an account of criminal behaviour by the prime minister’s staff inside Downing Street, it’s the most obviously political thing imaginable.”