'As long as we have a Government dominated by vested interests, the UK will make no progress on climate action.' 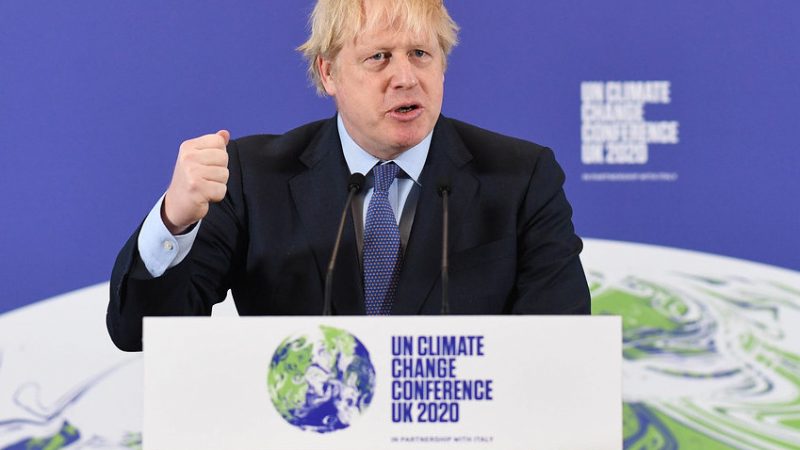 To reach net zero, we need an end date for the use of fossil fuels. Yet, the Government is taking us backwards on tackling climate change. Any wonder when they are bankrolled by fossil fuel interests and climate sceptics? As long as we have a Government dominated by vested interests, the UK will make no progress on climate action.

Earlier this week, an investigation revealed that the Conservative party and its MPs received £1.3m in gifts and donations from climate sceptics and fossil fuel interests since the election in 2019.

This includes oil companies, petrostates, airports and businesses linked with Russian energy tycoons. All of whom either make their money from fossil fuels or will lose out from cutting emissions. This would explain this Government’s approach to climate action: dither and delay.

The aviation industry has also coughed up for the Tory party. Now, the Chancellor has slashed Air Passenger Duty, making domestic flights cheaper. Most alarmingly, Aquind, an energy cable company, donated over £100,000 to Conservative politicians, including £10,000 to the Cop26 president Alok Sharma. Aquind’s majority shareholder is Viktor Fedotov who was involved in the Aquind Interconnector, one of Russia’s biggest infrastructure projects, which was mired in allegations of fraud. The company has links with two Russian oligarchs. It’s director and shareholder, Alexandar Temerko, was an oil and arms executive in Russia who worked for the Yukos oil company.

These donations and vested interests might explain the decision made by the Government earlier this year to allow oil drillers to keep exploring the North Sea for new reserves.  Other oil exploration projects have also been allowed to plough ahead. This is a colossal failure in climate leadership and flies in the face of the Government’s pledge to reach Net Zero 2050.

We must face the reality that a future without carbon emissions is imperative. That means fossil fuels must stay in the ground and the Government must provide an end date for fossil fuel extraction. Any attempt to delay climate action is as unacceptable as climate denial.

The International Energy Agency reinforced this claim in their analysis which shows that all new development of fossil fuels must cease after this year if the world is to limit global heating to 1.5C.

Unfortunately, the Conservative’s are hell-bent on keeping the fossil fuel industry alive for their own greed and fortunes, forgetting the human impact of climate change.

Wildfires across Europe, flash floods in London, Wales, and Germany, alongside record temperatures in Canada are all stark reminders of the impact of climate change. These extreme weather events and natural disasters will only become more prevalent, hitting the most vulnerable the hardest.

With the UN Climate Change Conference just days away, this is our last and best hope to tackle the climate crisis but the Government is taking us backwards because their coffers are filled by those with a vested interest in keeping the fossil fuel companies alive.

This complete disregard for the environment was embodied by the Government’s decision to pump raw sewage into rivers across the country. They’ve also scrapped the Green Homes Grant, and failed to do anything on onshore wind after 2015.

The Lib Dems have a green recovery plan that would create jobs and cut emissions on net zero, taking Britain’s global responsibility as one of the richest countries in the world and one of its historic carbon emitters.  In just a few days the Government has a unique opportunity at Cop26 where global leaders will come together to agree on tough climate action. But we need a government that is not influenced or coerced by the climate sceptics and fossil fuel companies who fund them. Delaying climate action is the new climate denial.