In a fresh focus on the PM’s approach to ministerial ethics, a civil servants’ union has begun a judicial review over Johnson’s backing of the home secretary over harassment claims. 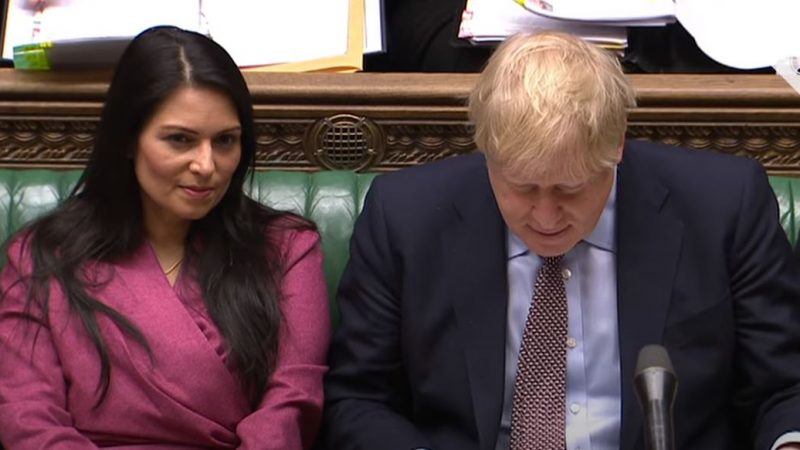 The FDA – the trade union dedicated to representing professionals in public service – has launched a legal review over Boris Johnson’s decision to support Priti Patel over allegations of bullying.

The inquiry into the legal status of ministerial code will be heard at the Royal Courts of Justice next Wednesday or Thursday.

In November 2020, a Cabinet Office inquiry into allegations of bullying by Priti Patel from civil servants in three separate government departments, found evidence that the home secretary had broken ministerial code.

Despite pressure to sack Patel as a result of the bullying and harassment claims, Boris Johnson stuck by her, saying she was doing an “outstanding job.”

“The home secretary is doing an outstanding job: delivering change, putting police on the streets, cutting crime and delivering a new immigration system – and I’m sticking by her,” the prime minister had said when Jeremy Corbyn had demanded an independent inquiry into whether she had broken the ministerial code.

‘Ripped up the rule book’

The Cabinet Office investigation found that the home secretary’s conduct “amounted to behaviour that can be described as bullying”, including instances of shouting and swearing which beached the ministerial code, even if unintentionally.

At the time, Johnson insisted the code had not been breached and that he had full confidence in Patel, leaving the PM accused of “ripping up the rulebook.”

Now Number 10 is facing a legal challenge to the PM’s decision to back Patel over the bullying allegations.

Dave Penman, general secretary of the FDA, said: “Civil servants should expect to work with ministers without fear of being bullied or harassed.

“The prime minister’s decision, which he said reflected the home secretary’s assertion that her actions were unintentional, also potentially allows ministers to avoid the consequences of their behaviour in future by pleading that it should be the intent of their actions which is important, not the consequences.

“The result is that civil servants’ confidence in challenging unacceptable behaviour has been fatally damaged.”

Penman referred to a survey conducted by the FDA that found 90% of civil servants admit to having no confidence in the ministerial code as a means of treating ministers involved in harassment or bullying.

A battle of ‘blue on blue’

The union’s action come after a damning week for the prime minister following a spate of sleaze claims after his bungled attempt to save former Conservative MP Owen Paterson from suspension for paid lobbying.

Following the Paterson scandal, questions over the conduct of former minister Sir Geoffrey Cox – the Conservative MP and former attorney general at the centre of a new standards storm after it emerged he earned more than £1m from legal work in the last year – Tory MPs have lashed out at the PM, as allegations of sleaze threaten to consume his premiership.

In a battle of “blue on blue”, MPs slammed out at a “craven” Boris Johnson over his conduct of the sleaze allegations, with some Conservatives saying they have been “gaming as to how [the PM] could be got rid of.”

Johnson attempted to quieten the chaos and critics by insisting earlier this week that the UK is “not remotely a corrupt country.”