"The government has repeatedly prioritised, cruel, unworkable and dangerous border measures like pushbacks in the Channel, which will only lead to more deaths," says Minnie Rahman of JCWI. 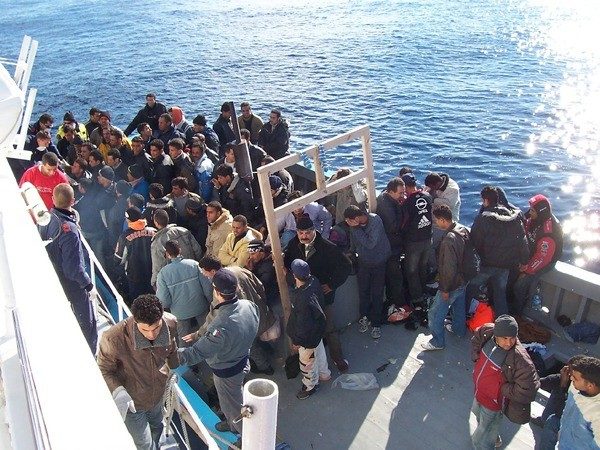 On November 24 news broke that at least 31 people had drowned as they attempted to cross the English Channel in an inflatable dinghy. The vessel capsized off the coast of Calais, triggering a major rescue mission.

‘Most deadly’ Channel disaster on record

The incident, in which five women and a little girl were among the dead, is described as the “most deadly” disaster on record involving people crossing the Channel.

In the wake of the tragedy, the spotlight has been shone on the government’s Nationality and Borders Bill, with campaigners and charities blaming government policies for the tragic loss of life.

Criticism has made to the concept of ‘walls and fences’ politics, which describes the trend of many countries towards securitised immigration policies and the “hardening” of border through the construction of walls of fences.

In relation to the English Channel, while there are no ‘physical’ borders, ‘walls and fences’ is being used as a metaphor to the UK government’s tougher immigration policies, namely its Nationality and Borders Bill.

The Bill was introduced into the House of Commons in July 2021. It makes changes to the UK immigration system, primarily by introducing a two-tier system for asylum-seekers arriving in the UK. The Bill intends to make it a criminal offence to knowingly arrive in the UK without permission.

Ministers claim the Borders Bill will break the business model of people smugglers through provisions that increase criminal sentences, penalties, and border controls. These will additionally be applied to anyone helping someone to seek asylum in the UK, regardless of whether their help is for financial gain or not.

Ministers claim the Bill will save lives, something which charities and campaigners oppose.

UK’s absence of a safe and permitted route

Amnesty International is among those opposing the Borders Bill.

“Nothing in the Bill creates or supports the creation of safe routes for people seeking asylum.

“Despite Ministers’ claims that it will save lives, the Bill will, again, have the opposite effect. There is no question most, if not all, journeys to the UK by people seeking asylum are unsafe, but criminalising people for making these journeys doesn’t take away people’s need to seek asylum in the UK. In the absence of a safe and permitted route, a dangerous journey will continue to be all that is left.

“By failing to provide any safe or safer alternatives for people still compelled to make journeys, the Government is not merely perpetuating the very conditions that put people at risk. It is also making this much worse and making the likelihood that people die or suffer other serious harms much greater,” says Amnesty International.

Pitfalls of ‘walls and fences’ politics

Asad Rehman, director of the anti-poverty charity War on Want, points to the pitfalls of ‘walls and fences’ politics.

“The politics of ‘walls & fences’ can be counted in the dead bodies in the Mediterranean & the Channel – no crocodile tears from [government] – they are responsible for these deaths,” Rehman tweeted.

Sentiment shared by the Joint Council for the Welfare of Immigrants (JCWI), which described the deaths as entirely preventable.

“What happened yesterday was a devastating but avoidable tragedy.

“Since the pandemic,  the very few safe routes that existed for people seeking asylum have been closed down leaving people with no way to get to the UK safely.  The government has repeatedly prioritised, cruel, unworkable and dangerous border measures like pushbacks in the Channel, which will only lead to more deaths. This tragedy must representing a turning point where the priority is saving lives and not turning people away – this means establishing more safe routes immediately.”

The Dover Strait is the world’s busiest shipping lane, without 500 – 600 ships pass through the narrow straight between the UK and France every day. Data compiled by PA shows that more than 25,600 people have reached the UK in small boats this year, more than triple the number arriving in 2020.

Just days before Wednesday’s tragic loss of 31 lives, the Refugee Council called on the government to rethink its Nationality and Border Bill.

Most migrants are fleeing persecution

Research carried out by Refugee Council suggests that most migrants crossing the Channel are refugees fleeing persecution. It indicates around a third of the men, women and children making the journey would not be allowed to remain in the UK and that the “majority of people crossing the Channel are likely to be recognised as being in need of protection” at the initial decision stage.

In October, home secretary Priti Patel claimed 70% of those travelling to the UK across the Channel were “not genuine asylum seekers” and the government was “concentrating” its efforts on “creating safe passage for genuine refugees”.

LFF reached out to the Home Office for commentary on the issue. We have yet to have a response.