Business secretary Kwasi Kwarteng has been accused of bullying parliament's independent regulator Kathryn Stone out of her job. 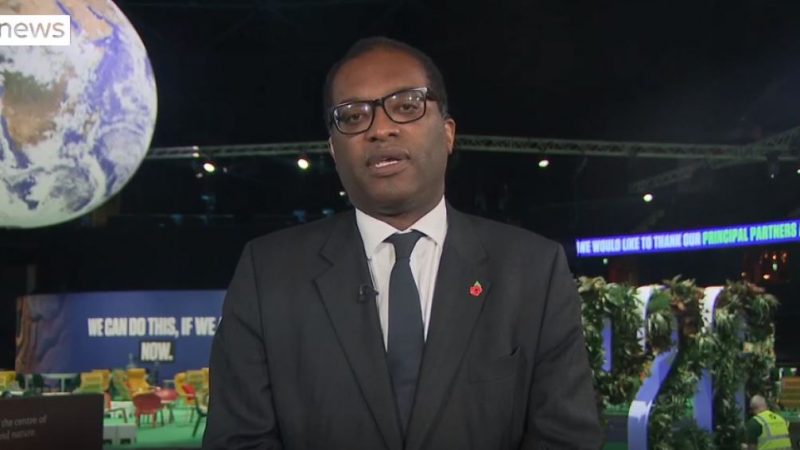 The Conservative government has been accused of making attempts to “bully” Kathryn Stone to step down from her position as parliamentary standards commissioner.

The accusations were made following Kwasi Kwarteng’s comments during an interview with Sky. Stopping short of explicitly saying she should resign, Kwarteng alluded to the resignation, saying it is “up to the standards commissioner to decide her position.”

“It’s difficult to see what the future of the commissioner is, given the fact that we’re reviewing the process, that we’re overturning and trying to reform this whole process,” the business secretary told Sky News.

Labour have hit out, saying it was “appalling” for the government to question the future of the standards watchdog in light of the Owen Paterson scandal, which has seen Boris Johnson’s government accused of “corruption” after the PM ordered his MPs not to back the cross-party standard’s committee’s call for Paterson to be suspended from parliament.

Instead, Tory MPs voted for a Conservative-led panel to consider the reformation of the disciplinary process.

Paterson was found guilty of “egregious” breaches of lobbying rules in a standards committee report. The report found that Paterson had repeatedly used his position as an MP to promote two companies that paid him.

Speaking of the committee’s report that had revealed his wrongdoing, Paterson had told the Telegraph: “Sadly they have not done a good job and come up with a rotten report which is full of inaccuracies.

“As far as I’m concerned, they all have to go.”

On November 4, a story took a dramatic turn, when Paterson resigned from his position as MP after Johnson made a humiliating U-turned to enable a fresh vote on his suspension over a breach in lobbying rules. The Prime Minister made the embarrassing U-turn on the vote following a huge backlash from within both his own party and the public.

In the Sky News interview, Kwasi Kwarteng appeared to be insinuating similar lines as Paterson on the future of Kathryn Stone and the committee, comments that have sparked an angry backlash.

Labour calls for an investigation

Among those articulating contempt over Kwasi Kwarteng’s comments is Angela Rayner. The deputy Labour leader has written to Boris Johnson’s independent advisor on ministers’ interests, Christopher Geidt, calling for an investigation into Kwarteng’s remarks. Rayner claims the comments may have breached a section of ministerial code that requires ministers to “treat all those with whom they come into contact with consideration and respect.” Rayner also suggests the comments may amount to bullying an official.

‘A Trumpian attack on our democracy’

“For the business secretary to use this entirely corrupt process to bully the independent parliamentary commissioner is disgusting.

“This type of behaviour has no place in our democracy,” Rayner wrote in a letter to Geidt.

On Twitter, Rayner referred to the case as a “Trumpian attack on our democracy.”

“@KwasiKwarteng publicly threatening the Commissioner for Standards – an independent member of staff who serves Parliament and upholds our democratic processes – is a fundamental breach of the Ministerial Code and a Trumpian attack on our democracy,” the Labour MP wrote.

“Kwasi Kwarteng, part of the Eton club at the heart of power, just called on the standards commissioner to resign.

“The removal of independent judges is always a key stage in dismantling democracies.”