As inflation hits a ten-year high, millions of families are at risk of plunging deeper into poverty this winter, unions have cautioned. 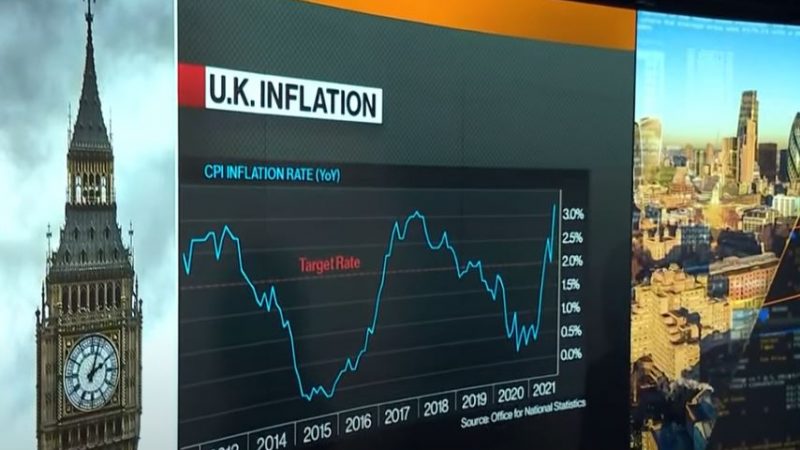 Figures from the National Office of Statistics (ONS) found that inflation rose by 4.2% in the 12 months to October 2021, up from 3.1% in September. The biggest contribution to the 12-month inflation-high came from housing and household services.

The price of gas has increased by more than 28% and electricity 18% over the last year, the ONS revealed.

GMB Union says the lack of energy and industrial strategy has contributed to rocketing inflation and a ‘crushing’ cost of living crisis.

In response to the release of the ONS figures, Andy Prendergast, GMB national secretary, commented: “Rocketing fuel prices and stagnant wages have left people with a crushing cost of living crisis.

“Rampant inflation figures have only been made worse by lack of a proper energy and industrial strategy from this government.

“Inaction and a lack of gas storage has left the UK hostage to a global fuel crisis, left millions of households in fuel poverty and our national security under threat.

“Ministers must secure our energy future – committing to new nuclear to hit net zero – and address the wage crisis to tackle the cost of living and recruitment crises,” said Prendergast

The situation could get worse, the Consumer Price Index (CPI) inflation projected to rise further in coming months. The Bank of England has warned that inflation could peak at around 5% in April 2022.

Soaring inflation is coupled with the government’s axing of the £20-a-week uplift to Universal Credit (UC), introduced as a financial support measure during the pandemic.

When the benefit uplift was abruptly stopped in October, warnings were made that families would face a ‘perfect storm’ of falling income and rising costs.

Research by Save the Children found that almost half of UC claimants were apprehensive that they could live on the reduced amount. Parents warned that the cut would make it more difficult to afford living essentials, such as fuel, food and clothes for their children. Many feared they would get into debt just to pay for essentials like rent and household bills, warning that they will have to choose between heating and eating.

TUC calls for an urgent increase in wages

The Trade Union Congress (TUC) is calling for an “urgent plan” to increase wages. Commenting on the recent inflation figures, Frances O’Grady, general secretary of the TUC, said: “With prices rising faster than pay, many families will struggle to keep up with basic living costs, let alone Christmas celebrations. Fuel and electricity costs are soaring, and the chancellor’s cut to universal credit could not have come at a worse time.

“The government needs an urgent plan to get real wages rising. Trade unions need greater access rights to workplaces to negotiate improved pay. The chancellor must fully fund real pay rises for public sector workers. And the minimum wage should go to £10 immediately.”

Individuals on low incomes have been sharing their circumstances and struggles. Such as 33-year-old Kathleen Morrison, who still lives with her mum in Belfast. Kathleen earns £9 an hour working at a budget chain store and says she worries about money every day.

“It is such a struggle, some days all I do is cry.

As families on low incomes grapple with soaring costs and a loss of income, some Tory MPs have spoken out of their so-called battles to live on £82,000 a year.

According to Sir Peter Bottomley, Conservative MP for Worthing West, MPs are finding it “really grim” to live on a salary of £82,000. In an interview with New Statesman, the MP insisted MPs should get paid as much as a GP, who earns an average £100,000 a year.

If MPs were to be paid an additional £18,000 a year, this would represent a pay rise of almost 22%. Meanwhile, in July this year, the government offered NHS workers a pay rise of just 3%.