'Seventy-eight-year-old Joe Biden and 59-year-old Boris Johnson are typical at the COP26 climate talks, where the average age of participants is over 60' 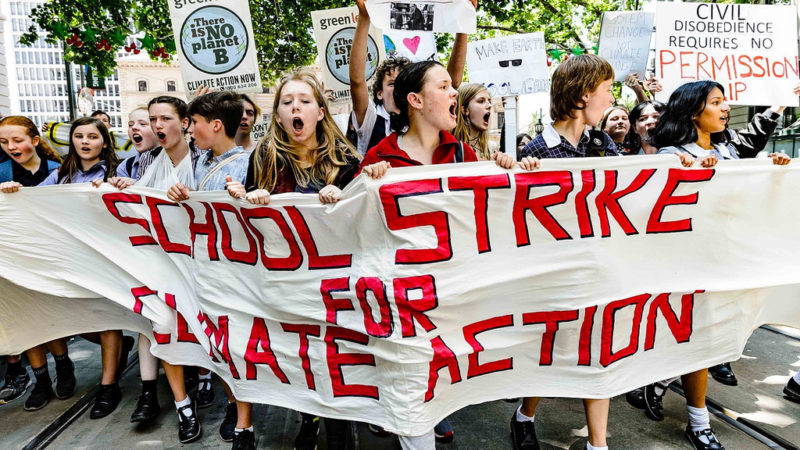 In a brilliant piece of historical scholarship, Edward J. Watts showed how “the last pagan generation” in ancient Rome got left behind by rapid social change, bewildered by a world where the foundational assumptions about society’s purpose, philosophy and physical underpinnings had been transformed. Their plight went a lot further than the traditional harrumphing of elders about the young generations not living up to their standards.

And it bears strong parallels with today, where generations that thought the future would be a marvel of shiny, high-tech gizmos, personal jet-packs and flying cars whizzing people around cities, food replaced by pills, nature subdued into a few neat patches, humans extracting ever more from the Earth without counting the cost, find the young understand that their parents and grandparents have created a dangerously unstable, deeply unhealthy world that the coming generation will have to transform.

That makes it particularly disturbing that the young – in a way unmatched in world history – are now excluded from power. From Alexander the Great conquering the world from the age of 20, to the teenage Joan of Arc to William Pitt the Younger, prime minister at 24, historical leadership looks terribly, awfully young by the standards of today. Alternatively, ours looks astonishingly old, as are the voters in our democracies, the product of a wrenchingly dramatic demographic transition of collapsing birthrates following the post-War baby boom.

Greta Thunberg’s age is a standout only in our current gerontocracy.  Seventy-eight-year-old Joe Biden and 59-year-old Boris Johnson are typical at the COP26 climate talks, where the average age of participants is over 60. The young are absolutely right to complain about “tokenising”. Not only are decisions not being made by them, or with them, they are reduced to a few opportunities to be trotted out as “our young person”.

The need to listen to the young was a theme that came out again and again at events I attended yesterday. More than that, the truly perceptive noted that we need to allow them the power to decide and the power to act.

The UK Presidency hosted a Youth COP before the “main event”, but I’ve heard no mention of that, its recommendations or demands, in the speeches of the leaders or the reports of the mainstream media.

Young people are doing so many brilliant things. I heard from Desmond Alugnoa from Ghana the Global Alliance For Alternatives to Incinerator Alternatives (GAAI) about Accra’s youth climate council, and young Scots promoting the environmental benefits of tap water. At the Green Hub, Scottish Young Greens were examining the intersections of the climate emergency and the disastrous state of public health, while the Taiwanese Young Greens were looking at the impacts of state oppression in the Asia-Pacific on environmental damage.  And it isn’t just at COP – the event has inspired many youth events around the country, like gatherings in Surrey.

But the need to broaden decision making goes far beyond the young. The Institute for Advanced Sustainability Studies has a stall in the official Blue Zone, seeking to encourage new ways of interacting and negotiating, with the focus being on listening. It also is distributing an important policy briefing reminding participants of the Talanoa Dialogue that was a powerful and effective part of Fiji’s COP23 presidency. There’s a lesson there about social sustainability – making sure effective mechanisms and means are not just run as pilots or trials but continued and developed.

But outside the COP, there has been real progress in deliberative democracy in the climate arena. Both the UK and France have had climate assemblies, which produced recommendations that were far more radical than their politicians were prepared to enact.

The slogan goes “system change not climate change”. And the need to democratise our systems of governance and decision making, to ensure that the young have a voice reflecting their interests, which will continue long after those now in power have gone, is every bit as crucial as transforming our economic system. The two can only go hand in hand.