'The world cannot let up on tackling the climate challenge, and that COP26 has enabled progress in significant areas.' 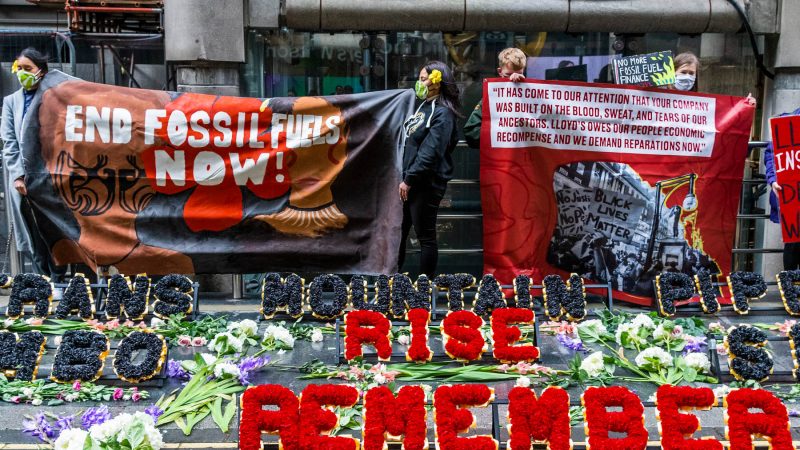 The COP26 climate summit is at a fork in the road.

Its two potential outcomes were summed up in the Climate Action Tracker (CAT) emissions assessment of the draft negotiation outcome.

Either countries stick with current 2030 targets that leave the planet on track for a 2.4C temperature rise by the end of the century, said the CAT report, or they shift to more ambitious goals by 2023 or sooner.

A rise of 2.4C would lead to devastation due to worsening heatwaves, floods, drought, storms and sea level rise, an outcome unacceptable for many nations.

“We cannot accept failure,” a negotiator from the Marshall Islands told a press conference in Glasgow. “Accepting failure would mean there isn’t a future for my country. If the draft text [fails to commit to 1.5C] we’ll have to strengthen it.”

Ambitious negotiators want the final text to commit nations to emissions cuts consistent with a 1.5C outcome. In addition, they want commitments on increased adaptation funding to help developing nations adjust to a changing climate, and on compensation for nations suffering loss and damage from extreme weather.

On emissions, negotiators are concerned that the published draft not only lacks the commitments necessary to chart a path to 1.5C, it also makes a contingency plan for agreement not being reached by the end of the summit.

The draft text suggests that countries commit to strengthen 2030 emissions targets a year from now in a ministerial conference or at COP27 in Egypt. Some see this as an admission that COP26 leaders do not expect to reach agreement this week.

“The strongest commitment in the draft is that by the end of 2022 countries should be strengthening what they agreed to do in 2015,” said a spokeswoman from the International Society for Ecological Economics (ISEE).

For many campaigners this falls far short.

“We’ve just had a landmark study showing we’re heading for 2.4C of warming, said Jennifer Morgan, executive director of Greenpeace International. “The job of this conference was always to get that number down to 1.5C, but with this text world leaders are punting it to next year.”

Others are more optimistic. “There is lots [in the draft] on the process for accelerating emissions reductions. For the first time a COP text explicitly calls for phasing out coal and fossil fuel subsidies. This is progress – these aren’t even mentioned in the Paris Agreement,” said Mohamed Adow, Director of Power Shift Africa.

The draft marks “a significant improvement on the Paris Agreement when it comes to mitigation and the 1.5C target,” said Ed King of the Global Strategic Communications Council (GSCC). “Fossil fuels are named as a problem” for the first time. There are “timelines and deadlines for countries to return with new, enhanced targets by 2022 and 2023 aligned with 1.5C.”

But the draft is significantly weaker on adaptation funds and finance for loss and damage.

The existing text, said Adow, is “vague” on its commitment to help vulnerable countries “adapt to climate impacts and deal with permanent loss and damage.”

It does not acknowledge the failure of rich nations to give $100bn a year to developing states. Developing countries, he says, need the final draft to include a “needs-based, long-finance goal consistent with a 1.5C trajectory before 2025.”

There are signs that the final text may go further.

COP President Alok Sharma acknowledged the need for greater commitment, both for emissions reductions and on finance for adaptation, loss and damage.

Negotiators should “reflect on the words of [Barbados Prime Minister] Mia Mottley,” he told a press conference. “2C is a death sentence for Barbados and other nations. We have to keep 1.5C on the table.”

Going further on adaptation would be “challenging,” he said, but “we have made progress.” Sharma noted that text acknowledging the principle of compensation for loss and damage in the agreement was “a first” for COP outcomes, itself a sign of progress.

Late on Wednesday the US and China, the two biggest emitters of greenhouse gases, issued a joint statement in which they committed to an ongoing partnership to enable shared action to resolve the climate crisis.

“We’ve found common ground,” said John Kerry, the US climate envoy, in a press conference. The joint statement, he said, commits China and the US to work to close the emissions gap. It “commits [the US and China] to actions now, not later.”

He referred to the 2020s as “the decisive decade” and said that the two countries had come to agreement on methane reductions, phasing out coal and wider emissions reductions. They have agreed to meet regularly over the next 12 months and beyond to enable collaboration and to build trust.

“The US and China have no shortage of differences,” said Biden, “but we have to work together. It’s the only way to get this done.”

Nonetheless as COP26 enters its final hours the negotiating outcome remains far from where it needs to be to ensure its primary goal of keeping 1.5C within reach. It is even further away from meeting the demands of developing nations for adequate adaptation, loss and damage funding.

As the end approaches it seems many negotiators are reconciling themselves to revisiting national commitments, known as Nationally Determined Contributions (NDCs), next year at COP27 in Egypt.

Yet nations at the frontline of the climate crisis do not want world leaders to take their focus off the need for ambitious emissions cuts between now and COP27.

Even if final changes to NDCs are pushed to next year “2030 targets should be changed as quickly as possible,” said Abul Kalam Azad, the Bangladesh Prime Minister’s envoy. “World leaders should be asking themselves what more they can do now.”

“Gird yourself for a marathon, not a sprint,” said Obama to delegates earlier in the week. “Yes, it’s going to be really hard. The good thing is humanity has done hard things before and I believe we will do hard things again.”

Negotiators will have to hope he is right. COP26 will be written off as a failure by some but that is too simplistic an assessment. Like any global summit with almost 200 participating nations it has succeeded in some areas and failed in others.

Whether it could have been more successful, for example if the UK had put more effort into preliminary negotiations, we will never know. What we do know is that the world cannot let up on tackling the climate challenge, and that COP26 has enabled progress in significant areas. That will have to be enough for now.