'Very sadly, dealing with online abuse and death threats has been a standard part of both mine and my staff’s day-to-day life for many years now.' 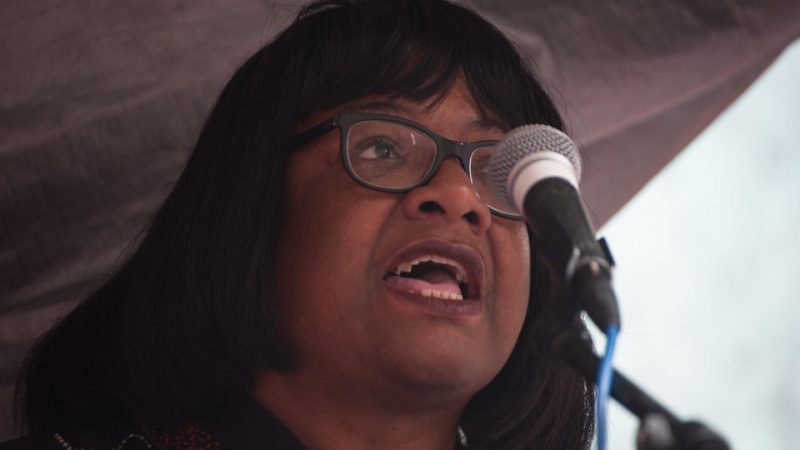 Like most people I was horrified to hear that a man had been emailing death threats to my friend and colleague the Labour deputy leader Angela Rayner MP. Thankfully he was sentenced to 15 weeks in prison suspended for 18 months.

A spokesperson for Angela said that she had received several threatening and abusive communications in recent weeks. Angela herself said “Dealing with death threats and liaising with the police about safety should not be a standard part of the day-to-day working life of a Member of Parliament” .

I absolutely agree with her. Very sadly, dealing with online abuse and death threats has been a standard part of both mine and my staff’s day-to-day life for many years now. Abusive correspondence is so common that, any new people that come to work for me must be trained in how to deal with it. And despite this, many young members of staff find that the abuse they see very upsetting. Looking back, I remember that when I first became an MP in the nineteen eighties, I received maybe one abusive letter a week.

Tragically, in some instances abuse leads to far, far worse as we have seen with the terrible death of Sir David Amess, and the threats against Jess Philips. We cannot let abuse be a gateway to action.

The rise of online media platforms and an increasingly toxic political climate, means that the amount of abuse that I get online, including death threats, has skyrocketed. Last month alone I received 452 malicious emails, which included death threats. I tweet almost daily. But I have long stopped looking at the comments that I receive. On average a quarter of those comments are racist, abusive and/or threatening. If I tweet anything related to race, fully half of the comments are racist and abusive. I continue to tweet because, despite the hatemongers, I think that it is an important way to communicate with people.

Facebook is a horrible online environment. Abusive comments including death threats are about a third of the comments that I receive. I get many more if I have posted about race. There are also entire Facebook groups dedicated to abusing me. One has 731 members with an average of three new posts a week.  Far right groups on Facebook and YouTube post abusive videos which often attract hundreds of thousands of views in a short time. One video posted by a UKIP affiliated group on Facebook had over a million views. Obviously with millions of tweets, comments and views every week, only a handful in any given week will be death threats. But is the tidal wave of hate and abuse that legitimises the threats on my life. Interestingly Instagram has far less abuse. I believe that this is because Instagram has a far stricter policy when it comes to blocking abuse and death threats.

Like Angela I have been reluctant to speak out about the abuse that I receive. This reluctance is mainly because I worry that doing so will only make the situation worse. But, like Angela I worry a great deal about the effect on my staff of all the abusive letters, emails, tweets and posts they must deal with daily. What I hope is that Angela Rayner’s case marks a turning point in the way that the criminal justice system deals with these issues.

For one thing the sentence handed out to Angela’s assailant was more serious than any that has been so far given to those of my abusers who the police have managed to track down and prosecute. The man who threatened Angela was sentenced to 15 weeks in prison suspended for eighteen months. He was also given a two-year restraining order and told not to contact Angela directly or indirectly and not to talk about her on social media. But the most recent of my abusers who was prosecuted was only sentenced to a Community Order with Rehabilitation Activity Requirement for 20 days and directed to undertake Mental Health Treatment for 18 months.

In the context of the sustained online abuse that I and my staff had to endure, this is little more than a slap on the wrist. The other thing that gives me grounds for hope is that in Angela’s case the magistrate made a point of saying that her case was so serious “because of the psychological harm caused to a public servant.” No magistrate has ever said that in relation to any of my abusers. So, I very much hope that these remarks represent a sea change in the attitude of the criminal justice system to the online abuse of people in public life.

Much of the responsibility for all the threats and abuse online lies with social media companies. They refuse to act in a way that would make it easier for the police to investigate and prosecute abusers. Some of the abuse is anonymous and the social media companies should stop end-to-end anonymity on their platforms. People should be allowed to post anonymously. This would protect whistle blowers, abused wives etc. But the social media companies should keep genuine contact details so, if necessary, the police could investigate potentially criminal abuse and threats in a way that is often not possible at the present time.

However, some of the abuse is not anonymous. And the social media companies are behaving disgracefully in not taking down these accounts. They seem to think that if someone does not use the word n***** a post or tweet cannot possibly be racist. It is noticeably that Instagram has much less abuse because it has a much more effective policy on blocking abusers.

I hope that going forward no person in public life must endure the abuse and death threats that I and Angela have had to deal with. As she has said the effect of such abuse can be totally “devastating”