The mistakes of the past cannot be repeated, and workers must be put at the heart of the transition to green energy, COP26 leaders are told. 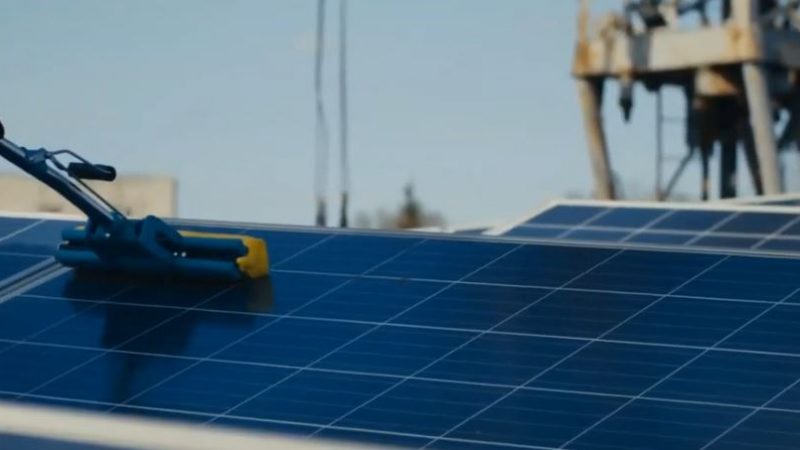 Climate change campaigners, trade unions and politicians have warned that any shift in energy policy must involve workers and trade unions.

On November 4, a pledge made at the COP26 summit in Glasgow committed more than 40 countries to agree a shift away from coal. In a separate commitment made on the same day, 20 countries, including the UK and the US, promised to end public financing for “unabated” fossil fuel projects abroad by the end of 2022. The agreement includes the phasing out of coal power in the 2030s for major economies and in the 2040s for poorer nations.

Workers cannot be left behind

While the commitments have been welcomed by climate campaign groups, which see it as necessary progress in the shift away from fossil fuels, concern has been raised about the prospect of workers being left behind.

President for COP26 and Conservative MP Alok Sharma, said to achieve a socially just transition to cleaner energy, trade unions, workers and local businesses must be involved in the process.

The opposition however hit back at the announcement, labelling the government which supports new drilling as “hypocritical” and laden with “rhetoric.”

Mark Ruskell, Scottish Green MSP, said that the new oilfield plans “fly in the face of their COP26 rhetoric.”

Climate change campaigners have voiced their concern about workers being left in the dark.

“This public money needs to be urgently redirected into a just energy transition that ensures clean universal energy access for communities in the global South and support for communities and coal, oil and gas workers without saddling countries with any further debt.”

Past mistakes must not be repeated

Figures from the Extractive Industries Transparency Initiative (EITI), show that oil and gas production, mining and quarrying in the UK employs around 60,000 people directly, with many more supported in the sectors’ wider supply chains.

Given the scale of employment in the industry, cautions are being made that there cannot be a repeat of the coal mining failure, which saw the tens of thousands of jobs lost through the closure of coal mines failed to be replaced.

Thinking along these lines is Philip Evans, oil campaigner for Greenpeace UK, who warned:

“[Workers] need a government that values them and their abilities and will not let them go to waste, as the UK did with our coal mining communities.

“We’ve yet to see serious, full-scale commitments to a just transition anywhere, but the UK, with our history of important mistakes to learn from, really should be leading the way,” said Evans.

Scottish Labour MSP Mercedes Villalba shared similar concerns, emphasising that any transition must not be carried out “at the expense of workers who rely on carbon-intensive sectors for their jobs and livelihoods.”

Calls made to deliver well-paid, high-skilled and secure green jobs

Villalba is one a several campaigners calling an offshore training passport to be introduced to help prevent workers from being left behind. The MSP reiterated the urgency to create a “publicly owned, energy company to direct investment into greener energy sources, reduce energy costs for consumers and deliver well-paid, high-skilled and secure green jobs for workers.”

The fresh calls to ensure workers are not left behind in the transition to cleaner energy follow a campaign by 14 trade union leaders in the UK, representing 2.3 million workers, who wrote to the leaders of the COP26 nations, urging them to listen to workers’ voices on climate issues “before, during and after your negotiations at COP26.”

Leaders from Unite, Fire Brigade Union , the National Education Union, the Public Commercial Services Union, are among the 14 trade unions who signed the letter, urging for COP26 negotiations not to exclude workers and worker representatives.

“COP26 leaders need to listen to our demands and talk to workers and their representatives. Workers’ voices need to be heard when it comes to vital decisions on how we fight climate change and protect jobs and livelihoods as we do so. Workers should be a part of making these decisions as far as possible, not simply have the decisions made for them. They are the ones best placed to decide what is best for them and form their own futures.”

Talking to representatives from the renewable energy sector at COP26 in Glasgow, Carla Denyer, Green Party co-leader also noted the urgency for better training and support to help workers make the transition from high carbon to low carbon industries.