“Alok Sharma unable to defend the indefensible - he was doing well on #Marr until he had to answer why his Government is going ahead with a new oil field at Cambo.  First rule of diplomacy is to #WalkYourTalk - shamefully the UK isn’t.” 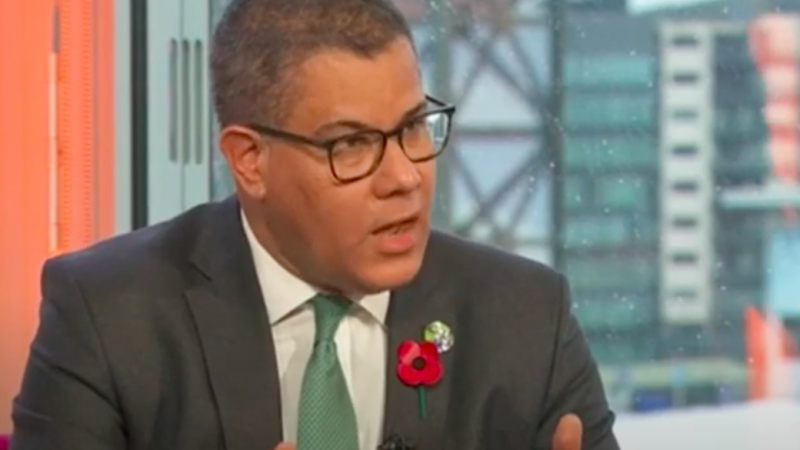 The government has been asked how it can claim moral authority over the climate summit in Glasgow, following its support for the new Cambo oil field, which would produce up to 170 million barrels of oil between 2025 and 2050.

Cop26 president Alok Sharma appeared on the Andrew Marr show yesterday where he was asked if he thought it would help Britain show moral authority on the climate crisis if it allows the Cambo oil and gas field to go ahead.

Sharma replied: “In terms of oil and gas, we’ve been very clear, we’ve said in terms of granting any future licences there will be a climate compatibility checkpoint.

“Any licences that are granted will have to be compatible with our legal requirement to be net zero by 2050.”

Asked about an International Energy Agency (IEA) report that said no new oil or gas establishments could be set up after this year if the UK was to achieve its net zero target, Mr Sharma added: “The IEA report also makes clear that, even in a net zero scenario, there is some element of oil and gas in that.”

Sharma then went on to say that the Cambo oilfield was ‘not his decision’ and ‘not his role’.

That led to criticism, with Caroline Lucas MP tweeting: “Alok Sharma unable to defend the indefensible – he was doing well on #Marr until he had to answer why his Government is going ahead with a new oil field at Cambo.  First rule of diplomacy is to #WalkYourTalk – shamefully the UK isn’t.”

Paul Hutcheon tweeted: “I’m not going to get into that particular issue” – COP26 President Alok Sharma on the Cambo oil field plan, hours before he tries to persuade world leaders to agree to net zero plans.”

Sharma was also heckled on Saturday evening while speaking at the closing ceremony of the COY16 youth conference, by a group of delegates who stood up and branded him a “hypocrite” for the UK Government’s support of the Cambo oil field.

It comes after Nigel Topping, the UK Government’s High Level Climate Action Champion, told Channel 4 News that the Secretary of State for Scotland’s backing of the Cambo oil field “flies in the face of the science.”