'A new coal mine in Cumbria would result in approximately an additional 9 million tonnes of carbon emissions being released every year to 2049 and so is unacceptable'. 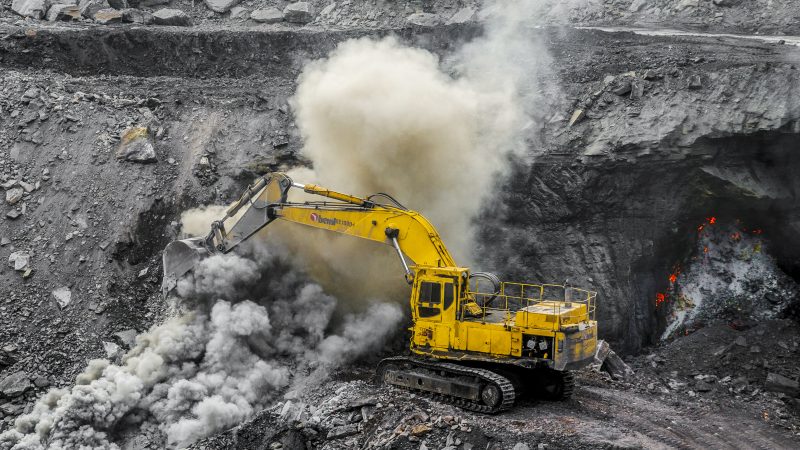 Environmental groups have urged Boris Johnson to show he is serious about climate change by axing plans for a new coal mine in west Cumbria, after he appeared to signal opposition to the scheme.

The use of coal in energy production and industrial processes has long been set to occupy one of the highest-priority positions on the agenda at the Cop26 UN climate talks, billed as ‘last chance saloon’ to keep global warming within the relatively-manageable levels of 1.5C that scientists forecast.

Yet, critics say, the UK government’s attempts to facilitate ambitious new international pacts around fossil fuel divestment have been complicated by the protracted battle over what would be the UK’s first new deep coal mine in more than 30 years near Whitehaven, along the Cumbrian coast.

Its hopes of positioning itself as a climate leader internationally have also been undermined by the bitter row that has emerged from the mining application, which has placed ‘Red Wall’ Tory MPs at odds with some of the government’s leading ministers and chief climate scientists.

After having waved through the plans – citing the importance of ‘local’ concerns – Boris Johnson’s administration was pushed into calling a public inquiry earlier this year, following weeks of pressure from civil society and from quarters within his own government.

He has also infuriated former mining communities when he claimed during the summer that pit closures under Margaret Thatcher had given the UK a “big early start” in the fight against climate change.

But, this morning, the UK Prime Minister for the first time indicated that he was personally opposed to the proposals to extract around 2.7 million tonnes of metallurgical (or coking) coal from underneath the Irish seabed each year, in a project that could run until 2049.

The planning inspector presiding over the Cumbrian application is due to publish his recommendations coming out of the four-week-long inquiry that was eventually held into the proposed scheme in September.

But, contrary to Johnson’s suggestion, the final decision rests with Whitehall and will be handed down by the minister for levelling up, housing and communities, Michael Gove.

Consequently, environmental organisations campaigning against the controversial project in west Cumbria have sought to hold Johnson’s feet to the fire in light of the comments.

Anne Harris, from the Coal Action Network, told Left Foot Forward that implementing the UK’s binding net zero pledges in full would be key to avoiding further international embarrassment on the mining plans and would “indicate the government is serious about tackling climate change.”

She said: “A new coal mine in Cumbria would result in approximately an additional 9 million tonnes of carbon emissions being released every year to 2049 and so is unacceptable.

“Boris Johnson’s comment today that the proposed Cumbrian coking coal mine shouldn’t go ahead is a really positive step. However, the Prime Minister can stop this application from going ahead by requiring that all Government departments implement their own Government’s Net Zero commitment in all decisions, which is a logical step.

“It would indicate the government is serious about tackling climate change. For example, the Department for Levelling Up, Housing and Communities could include Net-Zero as the threshold for any new planning consideration in Michael Gove’s upcoming Planning Bill.

“That would avoid the next coal mine application embarrassment for the government.”

Friends of the Earth, meanwhile, stressed that an exemption could not be made for coal with industrial end use after a series of proposals to extract thermal coal for UK power stations were defeated last year. It is thought that around 15% of the coal dug up by West Cumbria Mining Ltd (WCM) would go towards domestic steelmaking, with the remainder to be exported.

“If Boris Johnson is not in favour of more coal, why did it take his government so long to ‘call in’ planning permission for a new coal mine in Cumbria?

“The prime minister’s push for an early end to coal must cover industrial uses too, not just power generation. The climate doesn’t differentiate between the two.”

He also blasted Johnson for suggesting the upcoming decision simply lay with local bodies or planning authorities – a position that saw the government threatened with legal action earlier this year.

He said: “It’s not local planning authorities who will decide if the Cumbria coal mine is built, as Boris Johnson appears to believe.

“The final decision will rest with his government, based on the evidence presented at the recent public inquiry, which overwhelmingly showed permission should be refused.”