A spending watchdog has confirmed the devastating impact Brexit has had on UK trade with Europe. 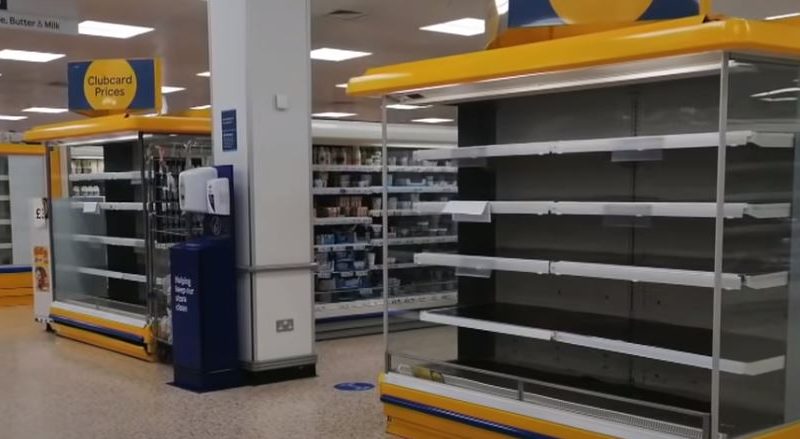 The National Audit Office (NAO) – an independent Parliamentary body responsible for auditing government departments and bodies – has revealed that Brexit red tape and new costs wiped £17 billion off Britain’s trade with the European Union in as little as three months.

According to the NAO, businesses are being punished by crippling red tape and escalating costs. In the eight months after the UK left the customs union and single market, companies have been forced to collectively fill in 48 million customs declarations and 140,000 export health certificates.

Citing figures from the Office for National Statistics (ONS), the report states:

2018 is considered the “comparator year” in OSN statistics.

By contrast, UK trade with the rest of the world increased by 1% (£1bn) in the same three-month period.

Delays to physical checks on food

The NAO’s report has heeded worry about the government’s axing of import controls. In September this year, the government announced plans to delay a number of border red tape for EU imports from October and January next year until July 2022. The delays include the physical checks on food and other animal-related products, which were due to be implemented in January 2022.

In response to the announcement of the shelving of import controls, the report issues warnings that the government could be faced with action for “failing to comply with international trading rules.”

Alarm has also been raised that the move will put UK exporters at a “disadvantage.”

The issuing of the damning report comes as the reality of the financial impact of Brexit has been laid bare.

Following the Autumn Budget, the Office for Budget Responsibility warned that Brexit was doing twice as much long-term damage to the economy as the Covid-19 pandemic. The government’s own budget watchdog admitted that Brexit had exacerbated the supply chain crisis that was affecting the country.

Documents released by the OBR alongside the chancellor’s Budget, showed that: “Supply bottlenecks have been exacerbated by changes in the migration and trading regimes following Brexit.

“Energy prices have soared, labour shortages have emerged in some occupations, and there have been blockages in some supply chains,” said the OBR.

When quizzed about Brexit damage during a radio interview, Rishi Sunak attempted to claim the government was capitalising on benefits of Brexit, despite evidence that proves otherwise.

Labour MP Hilary Benn, who is also co-head of the UK Trade and Business Commission, shared his contempt of the findings of the report:

“This report confirms what we have been hearing this year from businesses.

“Far from creating opportunities, Brexit has burdened firms with increased costs and labour shortages, as well as mountains of red tape and pointless form-filling.

“Lost trade means less business, fewer jobs and lower incomes across the UK, so what is the government going to do to remove the barriers to trade with our closest neighbours and biggest market that they have imposed?” asked Benn.

What Boris Johnson labelled as an “excellent” trade deal; Britain’s supermarket shelves have been becoming increasingly stripped of products throughout the year.

The NAO’s Confirmation of Brexit’s devastating impact to the UK economy comes amid warnings that supermarket shelves could be empty at Christmas. John Allen, chairman of Tesco, made such warnings, saying shelves could be bare at Christmas due to Brexit-related supply chain issues.

As the people of Britain battle with the true cost of Brexit, workers in the likes of Spain and other EU countries that had been involved in taking goods to the UK, have found themselves scant on work. As Alvaro Sanz, a lorry driver from a remote farming community in Andalusia, Spain, told LFF:

“Because of the additional paperwork and burden, my boss has told us not to deliver goods to Britain. As a result, I have got much less work.”