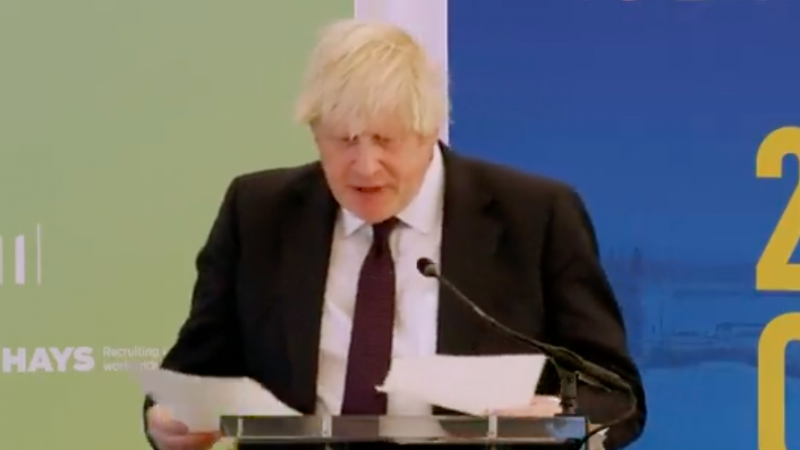 The prime minister was left lost for words during a high profile speech to business leaders today, muttering ‘forgive me, forgive me’, in what was a rather bizarre episode.

Johnson was delivering a speech to the Confederation of British Industry (CBI) at the Port of Tyne, during which he also asked executives whether they had ever visited Peppa Pig World and made “vroom vroom” car noises.

The purpose of the speech had been to insist his “levelling-up” agenda was a “moral mission” as well as a necessary move for the economy.

After losing his words and rifling through his papers he started to mention how Peppa Pig World could be a model for UK businesses after he visited the attraction yesterday.

“It has very safe streets, discipline in schools, heavy emphasis on new mass transit systems I notice, even if they are a bit stereotypical about Daddy Pig.

“But the real lesson for me, going to Peppa Pig world, I’m surprised you haven’t been there, was about the power of UK creativity.”

Johnson’s rambling and bizarre speech won’t give much confidence to Tory MPs who feel the PM has lost his grip recently following the corruption and sleaze scandal.