'They had the chance to deal with the pollution of our chalk streams, rivers and sea, and refused.' 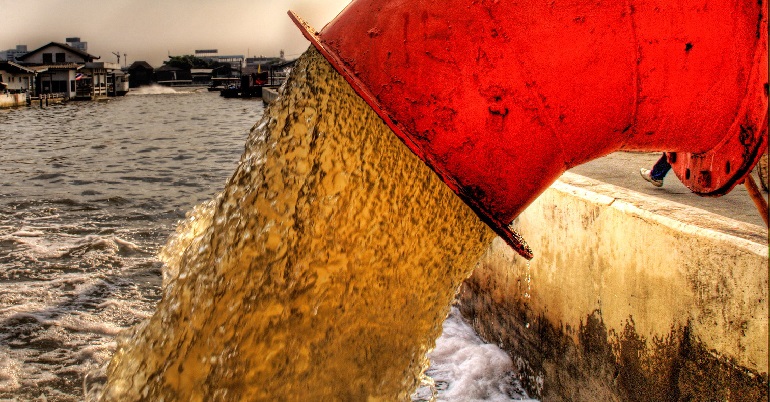 The House of Lords, combined with the campaign to get our sewage system fixed, finally forced the government into putting a legal duty on water companies to progressively reduce the amount of polluting discharges they make into our rivers and coastlines.

It is both a huge concession and completely inadequate. It fails to link the speed of the reductions to the bonuses these companies give to their shareholders and executives. Plus, it does not outline a timetable for ensuring that spillages are the exception not the rule.

MPs have voted and the Lords will have to back down. I did hope we might still add a duty on Ministers to create a timetable for the water companies to end the pollution, but sadly that wasn’t possible.

The government has legitimised the sewage discharges that will be happening from now on.

This issue will haunt Conservative MPs all the way to the next election. People won’t forget. A map of the daily spillages shows vast amounts of faeces and waste being emptied into rural countryside and the pleasant coastlines of Conservative voting constituencies.

It is dog walkers, fishing enthusiasts, surfers and wild swimmers who notice it most, but the reality of Britain returning to its 1970s status as the dirty man of Europe has become obvious to many more.

I hope the government now admit their lies, about needing hundreds of billions of pounds to fix the problem and give MPs a true picture of the immediate investment needed.

I want to emphasise that the cost should not be carried by the public via their water bills. The water companies have taken £60  billion of our money and given it to shareholders, rather than doing the necessary investment. They have avoided their duty of updating the sewage system and must take it out of their profits.

The government could loan the water companies the money to make the improvements, on condition that they are not allowed to pay out to shareholders or give bonuses to their executives until the updates are made.

If we had a tough regulatory system this scandal would never have been allowed to escalate the way it has. It is a failure by the Govt, but also of OfWat, and the Environment Agency.

Unfortunately, the Environment Bill does nothing to deal with our toothless system of environmental enforcement.

Amendments from your Lordships’ House aimed to turn the newly formed Environmental Protection Agency from lapdog to rottweiler, but MPs have voted these amendments down too.

I hope that we can still pressure the government to reject their legalisation of water pollution, but I suspect that the best we can do is ensure that every Conservative MP is constantly reminded that our dirty and polluted rivers are their fault.

They had the chance to deal with the pollution of our chalk streams, rivers and sea, and refused.