The group was formed following a report by The National Trust which highlighted connections between 93 of its historic places and colonialism and slavery. 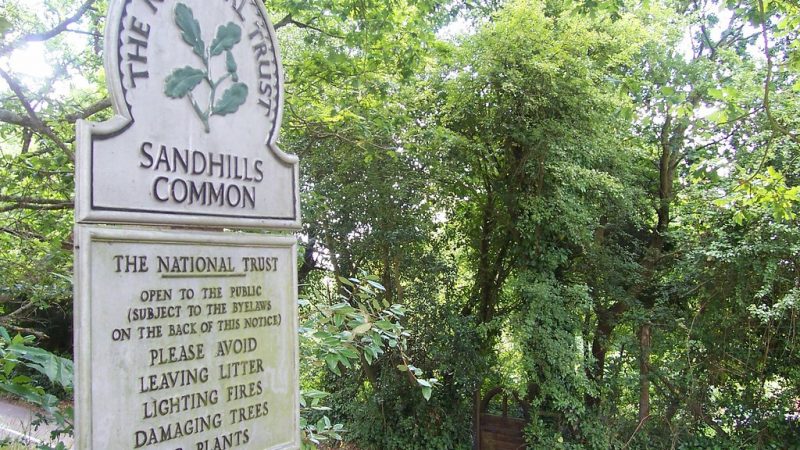 The culture war raging over the National Trust has made headlines again after the organisation says that a campaign by ‘anti-woke’ insurgents has been launched to oust its current bosses.

The group, called Restore Trust, has backed a number of candidates who were put forward to fill six vacancies on the National Trust’s 36-seat governing council.

In an email in September, they urged members to support the six candidates and they are also now using paid-for social media adverts.

The National Trust accused the group of attempting to stoke divisions and said that the charity was for everyone.

A spokesperson told LFF: “Our national institutions need healthy and respectful debate if they’re going to thrive and be handed on to serve future generations, as they have served so many in the past and present. They must not be used as a punchbag, to divide people, or led by extreme views.”

But where did Restore Trust come from and what do they want? LFF explains.

What is the Restore Trust?

Restore Trust, which has no connection to Bristol-based non-profit The Restore Trust, was formed following the publication of a report by The National Trust in September last year, which highlighted connections between 93 of its historic places and colonialism and slavery.

Restore Trust describe themselves as “a forum where members, supporters and friends of the National Trust can discuss their concerns about the future of the charity.”

What are they campaigning for?

Restore Trust has six aims which fall under the umbrella terms of conservation, aesthetic experience, understanding, a sense of place, morale and apolitical ethos.

They hope to restore the aesthetic experience at Trust properties, so that visitors can enjoy them without “intrusive interpretation”.

Other aims include restoring a sense of welcome for all visitors without “demonizing anyone’s history or heritage”, using history “responsibly as a tool for understanding, not as a weapon” and restoring the Trust’s “original apolitical ethos.”

The group took particular issue with the report into colonialism and slavery, claiming it “presents a strongly negative view of Britain, and which does not properly represent the scholarly consensus.”

Alongside cultural concerns, Restore Trust have also criticized cuts implemented by the trust.

What’s happening at the AGM?

The National Trust is holding their Annual General Meeting on 30 October. Members of the National Trust are able to vote on resolutions and also vote in new council members to fill six vacancies.

Restore Trust are supporting six candidates to fill the roles in an attempt to gain more control of the council.

They are also seeking to have a say in who becomes the new chair and have asked that the council be given a “veto” over whoever is appointed.

The previous chair of the National Trust, Tim Parker, stepped down in May. He denied that he quit in response to Restore Trust’s campaign or opposition from government figures.

Who are the candidates?

Green, the leader of a Christian fundamentalist lobby group who has lobbied against the criminalisation of marital rape, has taken a strong ‘anti-woke’ stance in his candidacy statement.

He wrote that he seeks to end the National Trust’s promotion of ‘fashionable ‘woke’ causes’ and claims the trust is ‘obsessed with LGBT issues’.

His candidacy statement also said: “I shall also want to know how much members’ money has been spent in recent years by the National Trust participating in gay pride parades such as it did in Birmingham in 2019.

“I shall stop divisive marketing exercises and woke virtue-signalling.

“I also seek your vote to end what I believe to be the anti-democratic, corrupt system whereby the Trust elite ‘recommends’ certain Council election candidates to ensure nobody is elected who will ever actually call them to account.”

Michael Goodhart, who tops the list of promoted candidates, has said that he was not consulted by the group before they publicly endorsed him and that he did not support their aims.

He told The Guardian: “It just shows what a shallow organisation they are that they are putting forward recommendations of this nature without contacting those involved.”