We need to tackle the mysogyny that underpins violence against women and girls, writes the Liberal Democrats' justice spokesperson. 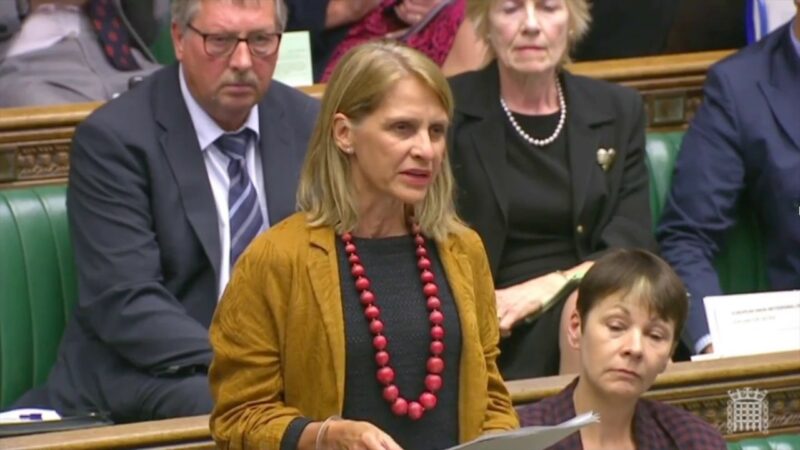 This year has seen far too many devastating stories hit our headlines.

First, we saw the appalling killing of Sarah Everard. This was a tragic reminder that violence by men against women is still all too prevalent. The scenes at her Vigil and days after paired with the experiences women have shared of everyday misogyny shook us all.

Just months later the fatal shootings in Plymouth by a member of the extremist Incel online subculture showed how vital it is to tackle misogyny throughout our society.

Since Sarah’s murder, 80 women have been killed by men. Sabina Nessa’s murder has reignited the shockwaves and fear felt by so many.

Too many women feel unsafe walking down their own streets. Things have to change and steps must be taken to tackle the epidemic of violence against women. These horrific examples evolve from a culture of misogyny and sexism that is all too prevalent in today’s society.

The criminal justice system is failing women in society, and this government must do more to support women and girls in society. Priti Patel’s own Home Office report admits that there needs to be urgent action.

As it stands, more than 600,000 women are sexually assaulted each year, and only one in six report it to the police.

Everyone’s Invited, a website for survivors of sexual harassment, abuse and assault to share their stories, has 54,046 testimonies with a community of nearly 100,000. Testimonies show the rape culture that is prevalent within UK schooling.

More recently, reports of sexual abuse between children doubled to 16,000 cases in England and Wales compared to the previous two years. Worryingly, this is thought to be an underestimation of the actual figure.

Other stories mention the inadequate sex education lessons. This undoubtedly contributes to the toxic culture of misogyny. Everything has to change.

Improving the Relationship and Sex Education curriculum, including age-appropriate education on consent from primary school will combat this toxic culture.

The government’s failures to women and girls is no secret. Over 50,000 women reported being raped last year, but only 1,400 rapists were convicted. It is no wonder why many victims are reluctant to report assaults to the police.

This is simply unacceptable. The culture that is fuelling devastating violence needs to be starved of its supply.

That is why misogyny should be made a hate crime, so it is treated as severely as crimes motivated by racial or religious hatred, public harassment should be made a criminal offence and immediate action must be taken on sexual harassment in schools.

I am extremely proud that my party has committed to this at the Autumn Conference but there is still a long way to go. Adding legal weight against these heinous crimes will help to stamp out the culture of misogyny which so often leads to devastating violence.

No woman should be the victim of these awful crimes. And no girl should grow up in fear of them either.

The everyday, casual sexism and misogyny embedded in our culture would become widely unacceptable and society would become safe for women and girls.