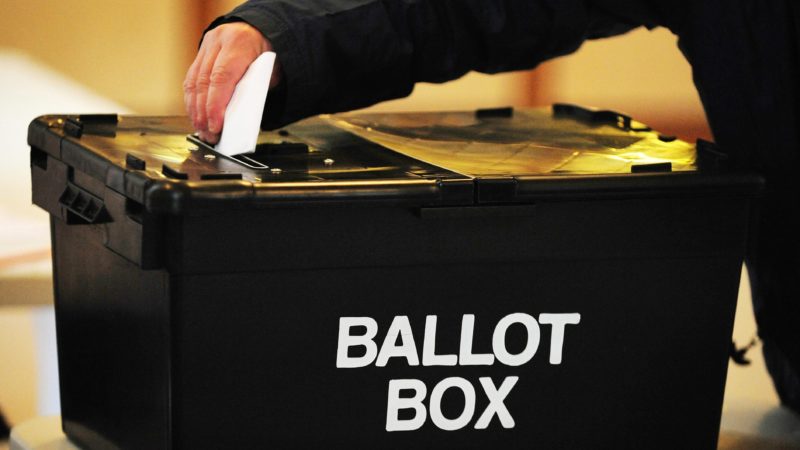 The decision at the Unite Policy Conference in Liverpool last week to vote to end Unite’s support for the ‘First Past The Post’ (FPTP) electoral system in elections to the Westminster parliament is a ‘massive decision’, not just for Unite but also for the Labour Party.

In her statement to the media following the vote, Unite General Secretary Sharon Graham was clear in her support of changing the current electoral system, stating:

“The Unite policy conference has voted to support proportional representation for the first time in our history. Our political class has failed working people and our system is broken. It is time to change our democracy. This is a conversation we need to have.”

Just over two weeks earlier at the Labour Conference in Brighton, Unite had voted against a motion which called for the Labour Party to support changing the voting system for UK general elections to a form of proportional representation (PR).

That opposition was based on a previous internal consultation on PR which at the time showed little appetite for a change from First Past the Post (FPTP).

So, the Liverpool policy conference was the opportunity for Unite lay delegates to debate and change the policy.

During the week I spoke to a number of delegates on the issue.

Those against a change said that PR is complex and has many forms, produces ‘unworkable’ coalitions which could destroy Labour in the same way the Lib Dems were almost destroyed after their coalition with the Tories under David Cameron, and it gives seats to right-wing and extremist fringe parties.

FPTP could keep Tories in power?

Those supporting Proportional Representation were just as passionate – citing the unfairness of the current FPTP system, which is also contributing to reduced democratic involvement. Many in support also argued that PR is used in other UK parliaments with few problems but also that the current system of FPTP was likely to keep the Tories in power in Westminster for the ‘foreseeable future.’

An open and honest debate

The conference debate reflected these points. It was open and honest, with the arguments debated in detail and with respect.

The policy conference motion commits Unite to adopt a policy of opposing First Past The Post and supporting moves to explore, select and introduce a new voting system for the UK. The motion will involve Unite holding educational events to give members information about how different electoral systems can enable or hinder the left of politics, and how they impact on the kind of policies and outcomes a society ends up with.

Sessions will be held to promote debate and discussion amongst members. Requests will be made on the Executive Council to consider reports back from these events which include feedback from members.

Calls will be put to the Labour Party to support moves to explore, select and introduce a new voting system, to promote discussion and education amongst Labour Party membership, and to commit to including the voting system for general elections in the remit of Keir Starmer’s planned constitutional convention.

At the Labour Conference in September in Brighton a card vote of delegates was held and the motion supporting PR was defeated, although 80% of Constituency delegates backed the motion and 95% of affiliate delegates (including unions) voted against, including GMB, USDAW, NUM and UNITE.

In support of the PR motion were the Musicians Union, Fire Brigades Union, Bakers Union, ASLEF and TSSA. Two unions abstained – the CWU and UNISON.

“Two weeks is a long time in politics”

With Unite, the biggest affiliate of the Labour Party, now in the pro PR camp, the dynamic has shifted dramatically. To paraphrase Harold Wilson: “Two weeks is a long time in politics.”

Tony Burke is Unite Assistant General Secretary, President of the Confederation of Shipbuilding & Engineering Unions, and a contributing editor to Left Foot Forward.