Short term visas are a recipe for dire working conditions. 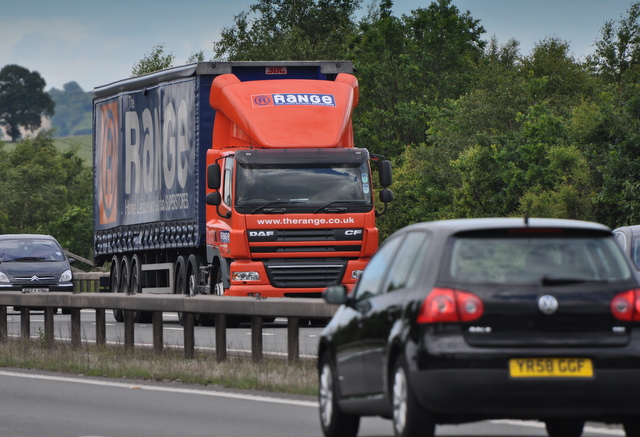 It’s now been confirmed that up to 10,500 lorry drivers and poultry workers will now be able to receive temporary UK visas to work for the three months leading up to Christmas.

One of the proposed benefits of Brexit was the end of free movement, making jobs in the UK more attractive to the domestic labour force. However, the last few weeks suggest that labour shortages are not being met by domestic workers – at least not yet – and that the UK will continue to need the skills of workers from the EU for years to come.

Since the government’s solution to labour shortages is offering short-term work visas, it must recognise and address the risks of exploitation resulting from temporary visas.

The UK currently uses two types of routes for migrants to work temporarily in the UK: The Overseas Domestic Worker visa and Seasonal Workers Pilot. In 2012, the Overseas Domestic Worker visa – which had a good record of protecting migrant workers – shifted to prohibit domestic migrant workers from changing employers or renewing their visas beyond six months. Workers became tied to their employers, because employers knew workers couldn’t complain or look for another job under the new restrictive visa.

In 2019, the government evaluated the Seasonal Workers Pilot, and although the results have yet to be published, Focus on Labour Exploitation (FLEX) released a report in 2021 to show significant risks of exploitation, human trafficking, and forced labour for workers coming to the UK on the visa.

In 2004, Serve, a 24-year-old man from Ukraine, arrived in the UK on the Seasonal Agricultural Workers scheme. Following a 45-hour bus journey, he arrived on a farm in the Midlands, found himself sharing a caravan with five others, and started the work of picking strawberries for 12 hours a day, six hours a week. ‘The pain was terrible,’ he said in an interview. He was paid a maximum of £240 per week, but had to pay £30 a week for his corner of the caravan. He left his farm job to work on a construction site, even though his documents didn’t apply to the new job. There, he was paid £50 less than the other workers on the site. ‘Of course it was dangerous work,’ he said. ‘I felt tired and nervous all the time.’

Short term visas make it harder for workers to get information about their rights and how to access them. “The unfamiliar context, lack of certainty about laws and entitlements and lack of a support network shift the power balance significantly in favour of the employer,” says Kate Roberts, of FLEX. “Under these circumstances many workers on short term visas are likely to just cut their losses and accept breaches as there is little or nothing they can do in practice with no real option of alternative work or accommodation, and it is ‘only’ for a short time in any case.”

With the decision made, unions and charities have begun pressuring the government to mitigate risks of exploitation by putting in measures to ensure those entering the UK on temporary work visas have access to basic worker’s rights and employment law.

FLEX has set out important principles to mitigate against risks of exploitation which should be included in all short-term visa schemes. These include access to the NHS and recourse to public funds, the option of renewable visas, the freedom to change employers, and the enforcement of safety standards. “There also needs to be clear planning for and scrutiny of routes to ensure they are not exploitative,” says Roberts. “Workers on the routes [need to] know that the conditions under which they entered are not just going to change with no notice. Such planning must include learning from migrant workers themselves as to what worked for them to ensure that work was decent and sustainable.”

Rosa Crawford, the Policy Officer for TUC’s Rights, International, Social and Economics Department, wants to see more accountability for minimum wage enforcement. “The government should introduce sector wide collective bargaining structures to set decent pay and conditions across the economy,” she says. Additionally, she advocates for the inclusion of unions in discussions around the terms of the visa schemes and that visas shouldn’t be tied to certain sectors.

“If access to UK labour law doesn’t exist in practice for workers, due to the restrictions of the visa, it creates a workforce who is extremely vulnerable to exploitation,’ Roberts says. ‘We must listen and learn from migrant workers when working to mitigate and address such risks as they are the ones with experience of navigating the systems.”

Sadly, the government’s new short-term visa plan is unlikely to address these concerns. As Minnie Rahman, Interim Chief Executive of the Joint Council for the Welfare of Immigrants told LFF, migrants’ right to be here will be tied to their employers, and their residency rights will be incredibly temporary and limited.

Rahman added: “The precariousness of their job contracts and visas are bound to increase worker exploitation. If government wants to create a fair and functional economy, it should guarantee safe working conditions and decent pay for everyone,  and start treating migrant workers as people, not commodities.”