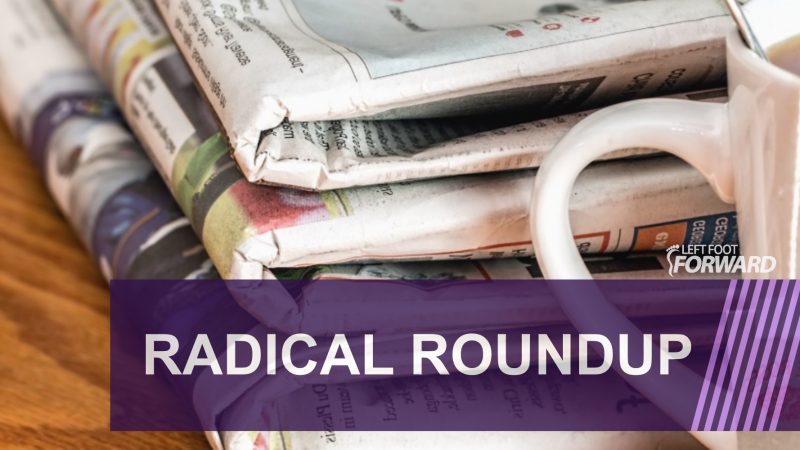 1.Staff at the Financial Conduct Authority say they want to be represented by an independent trade union.

Unite, the union for finance sector staff, has called on the City regulator to hear the concerns of its workforce as the union sees a significant growth in membership at the regulator, the Financial Conduct Authority (FCA).

On Tuesday, the union launched a staff petition to secure the right to be formally recognised to represent workers across the organisation – the first time this has happened in the organisation’s history following the massive growth in staff joining the union. This is the latest step by the union after months of growing disenchantment with the FCA’s new leadership team, which has launched a consultation on changes to pay and grading as part of new CEO Nikhil Rathi’s transformation plans.

Dominic Hook, Unite national officer said: “Staff across the FCA are joining Unite in unprecedented numbers and want their voices heard. The significant growth in trade union membership demonstrates that the recognition of an independent trade union at the FCA is long overdue.

Dozens of staff working at a scandal hit care home have been left unpaid sparking threats of legal action by GMB Union.

The Court Care Home in Ballymoney, Country Antrim, has been ordered to close after rooms were found to have been offered as buy-to-let investments.  The closure means 27 residents will have to move and 50 care workers will be out of a job on October 15.

Distraught workers – many of whom are paid the minimum wage – have not received their wages, despite the operator receiving money from the Northern Health and Social Care Trust.

Alan Perry, GMB Organiser, said: “Not content with forcing elderly people out of their homes and dedicated carers out of their jobs – these private equity sharks are now trying to deny the wages to the minimum wage carers who line their pockets.

“As some the most vulnerable people in the society are packing their belongings into taxis, GMB members and erstwhile national heroes are left penniless – unable to feed their families or pay the rent.

“Meanwhile investors swan off – it’s a repugnant situation and shows everything that’s wrong with our broken care system.

“The utter disregard shown by bosses and the stat for the care workers we all rely on must stop now.

One in five key workers (21 per cent) in the public sector are “actively considering” quitting and changing profession, according to new TUC polling.

The polling, conducted by YouGov, reveals serious disillusionment among key workers in the public sector – with feeling undervalued, low pay and an excessive workload the most common reasons cited by workers for wanting to quit.

This year, the government awarded a three per cent pay rise to NHS staff and imposed a pay freeze (in real terms a pay cut) on most other public sector staff. More than a quarter (27 per cent) of public sector key workers say that government policy on public sector pay has made them more likely to quit, according to the new polling – this rises to more than four in 10 (43 per cent) among those actively considering quitting

TUC General Secretary Frances O’Grady said: “Everyone deserves fair pay and dignity at work. But too many key workers in the public sector are at breaking point because of a toxic mix of low pay, excessive workloads and a serious lack of recognition.”

Greenpeace has lost its court case, challenging the UK government’s decision to grant a permit to BP to drill the Vorlich Field, in the North Sea. Judges in Scotland’s highest court have ruled that the government’s decision to grant a permit was lawful, despite the fact that the government gave no consideration to the climate impact of burning the fossil fuels extracted.

Greenpeace will seek to launch an appeal before the Supreme Court.

John Sauven, Greenpeace UK executive director, said: “The government is celebrating a win for the fossil fuel industry after its lawyers argued in court that emissions from burning oil extracted by BP are ‘not relevant’ when granting an oil permit.

“And now the Prime Minister is poised to sign off even more oil if he approves a new oil field at Cambo – against official guidance from climate experts.

“In just a few weeks’ time Boris Johnson will be opening global climate talks where his actions, not his words, will be what counts.

“And right now his actions are covered in oil. We will not give up the fight for the climate. Our intention is to appeal this ruling before the Supreme Court.”

MSPs have backed Scottish Government plans to double the next Carers Allowance Supplement payment and provide unpaid carers with a vital financial boost, ahead of a difficult winter period.

The Carer’s Allowance Supplement (Scotland) Bill passed its third and final stage in the Scottish Parliament, meaning unpaid carers across the country will have their payment doubled to £462.80. The payment will provide support for unpaid carers who have been disproportionately affected by the pandemic.

This will be the second time the payment has been doubled – the first time being in June 2020. Commenting, SNP MSP Marie McNair said: “Unpaid carers across Scotland have had an incredibly difficult time during the pandemic and this will be much needed funds at a time when unpaid carers are facing a squeeze on the cost of living with skyrocketing energy bills and increased food bills.

“Therefore, it is right that the SNP Scottish Government recognise that contribution by doubling the Carers Allowance Supplement again and provide a much-needed lifeline for thousands of unpaid carers. This represents an overall investment in carers allowance supplement of £120 million last year and this.”

Bus drivers in Chesterfield are to take 34 days’ strike action over low pay.

More than 50 Unite members, employed by the Yorkshire Traction Company, part of the Stagecoach group, will take 13 days of strike action between October 18 and December 14, as well as from December 20 to January 8.

Unite general secretary Sharon Graham said: “Low pay is the scourge of the bus industry right across this country. Stagecoach made profits touching £60m last year and has £875m in the bank. Yet it cannot make a decent inflation-busting offer to its staff.

“Unite will be relentless in its campaign to ensure that our members at Stagecoach receive a fair pay increase. Stagecoach management leave us with no alternative.”

‘Rolling stock fatcats’ paid out nearly £1 billion in dividends at taxpayers’ expense last year, the RMT revealed today in a new report, the equivalent of half the £2 billion in fares paid by passengers and or 23% of the £8.3 billion in taxpayer support to the industry in the same year.

While the government has imposed pay freezes on heroic keyworkers, and passengers face massive fare rises in the New Year, the companies who own Britain’s trains have been siphoning taxpayer’s money overseas into the murky world of low tax jurisdictions and tax havens.

According to the RMT’s research, published today, the three rolling stock companies, Angel, Eversholt and Porterbrook paid £950 million in dividends through their complex group structures last year, with most of it disappearing overseas into opaque companies based in Luxembourg and Jersey, traditionally used to minimise tax liabilities.

“While staff were risking their lives and passengers were doing the right thing, pulling together to keep the country moving, the well-heeled spivs who rent out trains kept on raking it in at taxpayers’ and fare payers’ expense and shuffling our money into overseas bank accounts.

8. UK support for those on lowest incomes six times lower than European neighbours

New stats from the Mutual Information System on Social Protection (MISSOC) show that as a percentage of previous incomes, the UK’s support for those out-of-work and in-work is just a fraction of the system offered in European nations.

Before the cut to Universal Credit, the UK only offered support of 18% of the average previous salary. With the cut, that figure has fallen further to 14%. Compared to support elsewhere, it is a measly figure as Denmark and Sweden provide the unemployed with 90% and 80% of previous salaries respectively.

Delyth Jewell MS, Plaid Cymru’s spokesperson for Climate Change and Energy, asks why the Welsh Government has been “so slow to act” on the climate and nature emergencies.

Ms Jewell has called for a two-pronged approach – for Welsh Government to use all the powers it has to tackle the “intertwined crises”, whilst calling for the full devolution of energy powers and the management of the Crown Estate and its assets in Wales.

The Welsh Government agreed to a Plaid Cymru motion calling for a climate emergency in June 2021 and a nature emergency in April 2019.

Plaid Cymru’s spokesperson for Climate Change and Energy, Delyth Jewell MS, said: “In declaring an emergency, immediate action should follow – that’s how an emergency is defined. Welsh Government should be doing everything in its power to address these intertwined emergencies – nature and climate.

“Time and time again, we’ve called for binding nature recovery targets – in setting targets, this will guide investment, delivery and monitoring. There is much that can be done to upskill our workforce to deliver green jobs with green outcomes, and much to be done to develop our grid, energy projects and ports.

Five education unions have written to the Secretary of State for Education, Nadhim Zahawi, asking him to urgently reconsider the reintroduction of additional safety measures in schools, given the rising rates of Covid infection and absence among school students.

The five unions – GMB, NASUWT, NEU, UNISON and UNITE – will also be writing to all local authorities and directors of public health asking them to consider measures in their local areas.

The unions have pointed to measures now being readopted in several local authority areas in response to rising cases, including social distancing measures, reintroduction of bubbles, avoidance of large gatherings such as assemblies and meetings, and reintroduction of face coverings in secondary schools.

The unions have warned that without such measures, students’ education and the health of students, their families and school staff will all be damaged unnecessarily.

Kevin Courtney, Joint General Secretary, National Education Union, said: ‘We are concerned that the Government is standing by while COVID cases surge across schools.  It is evident that more needs to be done, and sooner rather than later, to prevent further massive disruption to children’s education, caused either by children contracting covid-19 or covid-related staff absence.  The most effective way of keeping children in educatiois to do more now to prevent the spread of Covid-19 in schools.’