'The government could help households by freezing rents, energy and train fare prices. It could eliminate profiteering by bringing vital industries such as gas, water, electricity and railways into public ownership, but that is not on its agenda.' 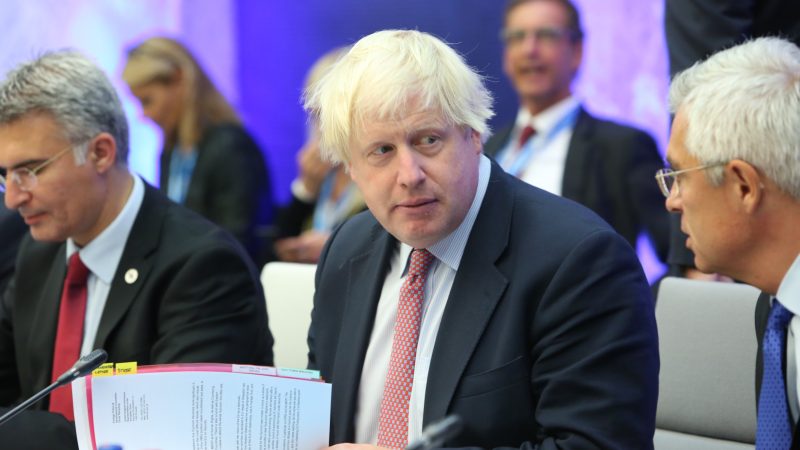 The number of problems facing the UK is getting bigger. Some of the problems are highly visible in the form of petrol shortages, empty supermarket shelves, labour shortages, rotting crops; rising inflation, food and energy prices, and fallout from Brexit. People look to the government to chart a course away from the turbulence, but there was little sign of that at the Conservative Party’s annual Conference.

Boris Johnson, the Prime Minister, spent his time telling bad jokes. The Work and Pensions Secretary Therese Coffey inflicted £1,040 a year cut in Universal Credit on 5.5 million people on the poorest people, and spent the night dancing away and singing “Time of My Life”.

Sir Peter Bottomley, a senior Conservative MP with a portfolio of properties and rental income, complained that he can’t live on his salary of £82,000 plus expenses and demanded that it be raised to £102,000. The £20,000 pay rise that he demands is higher than the annual wage of someone on the minimum wage. This echoes Johnson’s moan that he could not live on his £160,000 salary. The current average wage is around £31,461 before deductions.

Johnson sought to make light of the people’s plight by saying that the crisis is all to do with a “transition” to a high wage post-Brexit economy. He misleadingly claimed that wages are growing. He did not mention that due to staff furlough schemes many workers were receiving only 80% of their wages, or that due to Covid-lockdowns many low-paid workers had lost jobs in the retail, hospitality and events management businesses and disappeared from the wage statistics altogether.

Therefore, due to statistical quirks, wages seem to have grown by rates between 6.8% and 8.3%. However, the Bank of England says that the underlying wage rate growth is only 3.3%, lower than the 4% expected rate of inflation.

Without good purchasing power, people can’t buy goods and services and rebuild the economy. The government can help by ending the wage freeze of public sector workers by giving them a substantial pay rise, but that is not on the government’s agenda. There is no help for retirees, many of whom are surviving on the average weekly state pension of £155.08 or £8,100 a year.

Ministers avoided any mention of “redistribution”, which is essential for building a fairer society and for improving household budgets and public services. Hard pressed people do not hoard money or stash it in offshore tax havens, trusts and shell companies. They pay taxes and spend it on everyday things to lubricate the economy. Yet the government has depleted the average household’s purchasing power by freezing tax free personal allowances and higher rate income tax thresholds from 2022/23. This could generate up to £8bn a year. Another £12bn is taken away by the 1.25 percentage point increase in national insurance. Both are avoidable. For example, by taxing capital gains at the same rate as earned income the government could have raised £17bn a year. Another £8bn can be raised by charging the standard 12% national insurance on capital gains. Only 265,000 rich individuals would have lost their tax perks.

The government could help households by freezing rents, energy and train fare prices. It could eliminate profiteering by bringing vital industries such as gas, water, electricity and railways into public ownership, but that is not on its agenda.

The government and commentators are concerned about low productivity. A major reason for that is low investment in productive assets. The UK has invested around 16.9% of its gross domestic product in productive assets, compared to the Czech Republic (25.2%), Sweden (24.9%), Estonia (23.7%), Austria (23.5%), Ireland (23.4%), Belgium (23.3%), Finland (22.6%), France (22.4%) and Germany (20%). Publicly owned industries give policy options. For example, government investment can revitalise supply chains and stimulate investment by the private sector. It can address regional inequalities and generate jobs in new industries. The Conservatives have offered no strategy for addressing chronic underinvestment or raising productivity.

Instead, the government is content with profiteering and waste. Consider the case of the privatised railway industry, directly or indirectly owned by foreign companies. Over 100 companies are involved resulting in enormous duplication of administration, systems, information technology, training, accounting, personnel and other functions. Last year train companies received a subsidy of £8.5bn. Despite the pandemic three rolling stock companies, Angel, Eversholt and Porterbrook have paid £950m in dividends to their affiliates in Luxembourg and Jersey. Taxes are being avoided, large amount of capital is exported and shareholders are enriched whilst train fares per mile are the highest in Europe. The government could eliminate waste, increase efficiency and value for money by bringing train companies into public ownership but that is not on its agenda.

The government’s much publicised claim of levelling-up has no substance. People’s incomes are depressed in real terms, household budgets are squeezed and there is no effective strategy for long-term investment or raising productivity. The government’s obsession with neoliberalism is neither creating prosperity nor happiness for most of the people.