“When is the Met going to take measures to ensure that a police officer isn't a predator rather than giving women yet more advice on how to change their behaviour?” 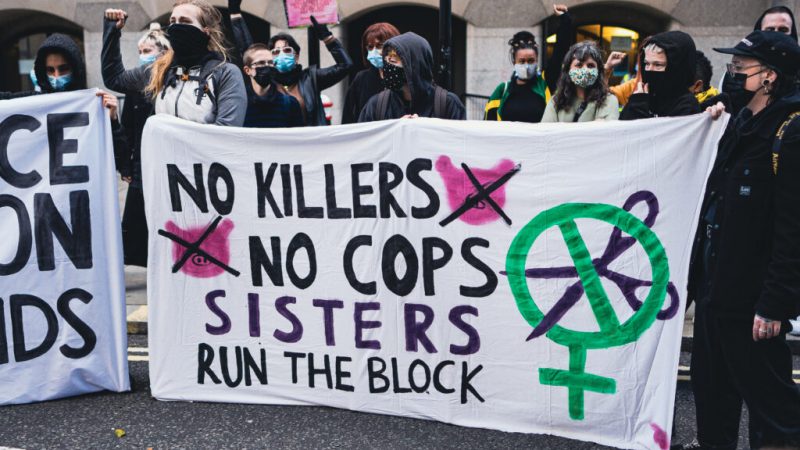 The Metropolitan Police has been accused of “putting the onus on women to keep themselves safe” after releasing advice about what to do if you feel an officer is a threat.

Following the sentencing of Wayne Couzens, who was a serving police officer at the time of kidnap, rape and murder of Sarah Everard, the police service have released a statement advising the public what to do if they have concerns that an officer is a threat.

It says that public they should “seek further reassurance of that officer’s identity and intentions” if they feel unsafe.

They recommended the public ask “very searching questions” such as “Where are your colleagues?”, “Where have you come from?” and “Exactly why are you stopping or talking to me?”

The advice also stated: “If after all of that you feel in real and imminent danger and you do not believe the officer is who they say they are, for whatever reason, then I would say you must seek assistance – shouting out to a passer-by, running into a house, knocking on a door, waving a bus down or if you are in the position to do so calling 999.”

The Met’s comments have prompted outrage and anger from campaign groups.

A spokesperson for Sisters Uncut said that the advice shows a deep internal distrust of police officers.

They said: “We are shocked and appalled that the Met police have encouraged women to ‘shout or wave down a bus’ if they believe they are being harassed by a male officer.

“This advice, alongside the advice to ‘run away and call 999’, should concern everyone as it shows a deep internal distrust – Cressida Dick does not trust her officers to not abuse their powers.

“If the head of the Met can’t trust the police, why should we?”

Jamie Klinger, from campaign group Reclaim These Streets, also criticised the comments, saying that it was not up to women to change their behaviour.

She said: “Yet again this puts the onus on women to keep themselves safe – and what’s worse is that it’s keeping themselves safe from the people supposed to protect them.

“When is the Met going to take measures to ensure that a police officer isn’t a predator rather than giving women yet more advice on how to change their behaviour?”

Sisters Uncut have announced that they are launching police intervention training, which will include how to intervene in a stop and search and knowledge of basic rights.

The Met’s statement came after it emerged at the sentencing trial that Wayne Couzens may have used knowledge of Covid laws and his police issued warrant card to kidnap Sarah Everard.