As part of the ramping up of a long-running dispute between the UCU and university employers, the union is threatening action for fairer pay and conditions for academic staff. 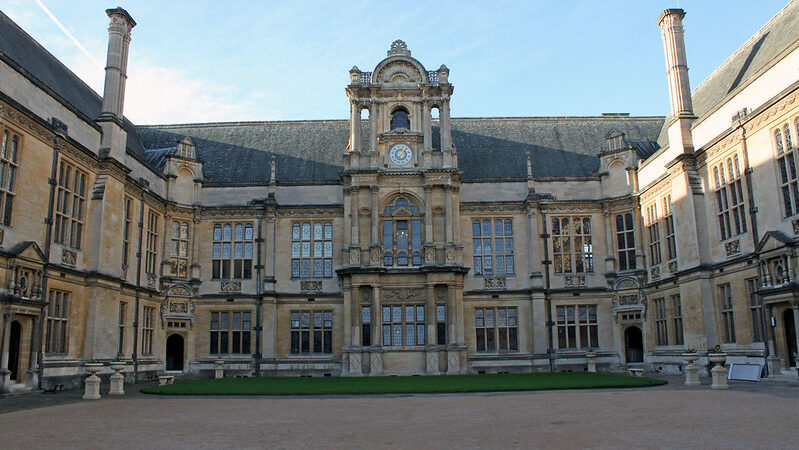 Thousands of lecturers, researchers and other university staff, are being balloted on strikes over pay, working conditions and pensions. The strikes threaten disruption at over 150 universities across the UK before the end of the year.

A vote will be held in the next few weeks among members of the University and College Union (UCU) on whether to launch industrial action.

A sector built on the ‘exploitation of staff’

The UCU general secretary, Jo Grady, says pay and working conditions have deteriorated in recent years, following a decade of collapsing pay, cuts to pensions, and insecure contracts. According to Grady, Britain’s flagship university sector is built on the “exploitation of staff.”

“There is a sense that we are at a breaking point and a sense that this is a sector that needs saving I don’t think I can over-articulate that enough,” said Grady.

“The idea that staff would want to go out on strike again could not be further from the truth,” she added.

Calling for an end to race, gender and disability pay injustice

The UCU is demanding a series of changes to pay and conditions, including a £2,500 pay increase across all pay points. The union is also calling for an end to race, gender and disability pay injustice, and a framework to eliminate zero-hours and other precarious contracts. Trade unionists are demanding the withdrawal of pension cuts and for the implementation of meaningful action to tackle unmanageable workloads.

A total of 152 institutions are being balloted as part of the ramping up of a long-running dispute between the UCU and university employers.

According to Jo Grady, “exploitative contracts” are the higher education sector’s “dirty secret.” The union estimates that around 74,000 staff at universities are on such temporary contracts. The UCU also says that between 2009 and 2019, pay for staff fell by 17.6% relative to inflation.

The union says Universities UK (UUK) – the collective voice of universities in England, Scotland, Wales and Northern Ireland – voted to reduce thousands of pounds from the retirement benefits of staff at universities, which was based on a “flawed valuation” of the scheme that was composed at the start of the Covid-19 pandemic. According to the UCU, the move represents a 35% reduction to a typical member’s guaranteed annual pension and guaranteed lump sum.

UCU also claims there is a gender pay gap on around 16% at universities, soaring to 19% in some instances. Furthermore, the pay gap between white and black members of staff stands at 17%, and the disability pay gap at 9%.

Responding to a letter written by Jo Grady, the University and Colleges Employers Association (UCEA) – the employers’ association for universities and colleges of higher education in the UK – says it is disappointed the UCU is pressing ahead with an industrial action ballot.

The UCEA has offered guaranteed pay increases of at least 1.5%, which it believes is “fair and meaningful.”

The Association’s chief executive Raj Jethwa, said: The final offer from employers was fair and meaningful in the context of the sector’s ongoing delicate financial situation.

“We very much hope the trade union members understand the considerable pressures which continue to face their HE [higher education] institutions. The financial impact of Covid-19 continues to affect these HE institutions, alongside declines in other income sources,” said Jethwa.

Support towards the industrial action is escalating online, with many voicing their solidarity to lecturers and university and college staff impacted by higher education employment practices.

People Before Profit, the workers and trade unionists’ group, shared their support, tweeting:

“Solidarity with @uccu who begin a national ballot today for fair pay in universities.”