'The accumulation of wealth is largely ignored. It’s time for this to change.' 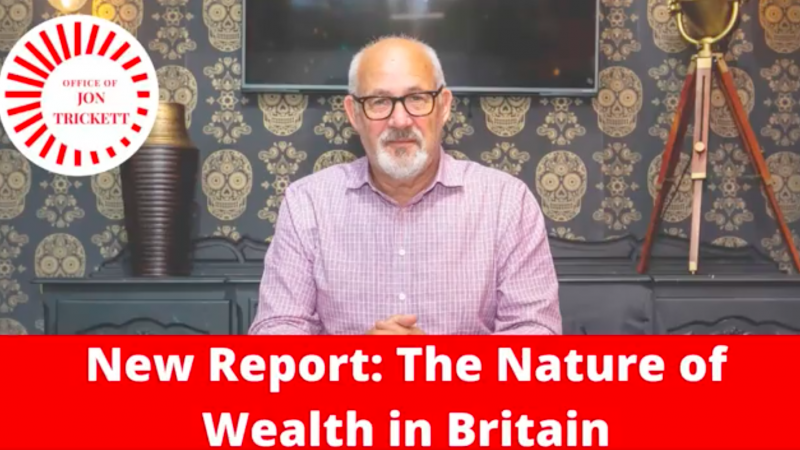 New taxes on wealth could raise £218.4 billion in extra revenue over 5 years, meaning the government would not have to introduce spending cuts, according to a new report by Labour MP Jon Trickett.

The report, ‘the nature of wealth in Britain: how wealth wields power and the case for a wealth tax’, sets out how to radically overhaul Britain’s tax system. It states: “In Britain we don’t tax wealth. We tax earned income. Even with corporation tax we have reduced the tax load so that now it is only raising a quarter of the amount we raise from income tax. The accumulation of wealth is largely ignored. It’s time for this to change.”

Publication of the report comes on the eve of the spending review, with the Treasury asking departments to identify “at least 5% of savings and efficiencies from their day-to-day budgets.”

The median revenue of the four options is £218.4 billion.

The report also finds that bringing taxes on dividends and capital gains into line with income tax would raise a further £127 billion in revenue over a 5-year period, whilst closing tax avoidance loopholes and tackling tax evasion would raise a total of £145.5 billion.

Trickett said: “A wealth tax would transform our public finances making money available for our neglected public services. We could afford to plug the social care funding gap and to give our key workers a pay rise. We could reverse local government and education cuts. We could rebuild Britain.

“It is also necessary to address extreme wealth inequality. Our political system is rigged in favour of global corporations and the super-rich. Wealth is turned into political power through donations and lobbying. Political power is used to advance policies that financially benefit the elite at everyone else’s expense. It is a cycle of inequality that leads towards oligarchy and threatens our democracy.

“Bringing taxes on wealth into line with those on income is both morally as well as fiscally correct. But it is also a bold policy which will appeal to both voters and the labour movement precisely because it has one of our core values, fairness, at its centre.”