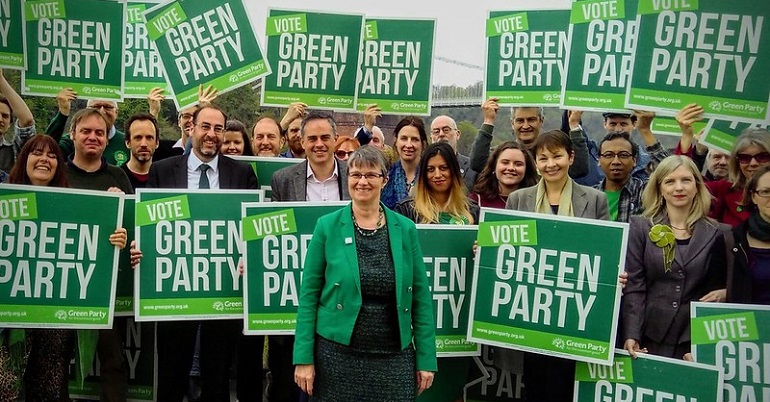 The Green Party of England and Wales has for the first time formally adopted guidance on antisemitism. In a motion passed by members at the party’s autumn conference, the Greens have endorsed a document of guidance for dealing with internal disciplinary cases relating to antisemitism.

While other political parties – including Labour and the Conservatives – have adopted the International Holocaust Remembrance Alliance (IHRA) definition of antisemitism alone, the Greens’ guidance document incorporates both the IHRA and the Jersualem Declaration definition, along with three other definitions.

The Jerusalem Declaration of antisemitism was drafted in an attempt to address concerns that have been raised with the IHRA definition. Critics of the IHRA definition have argued that it – and particularly some of the illustrative examples given as part of it – limit people’s ability to speak freely on Palestine, a claim rejected by its advocates. The Palestine Solidarity Campaign is among the organisations opposed to the IHRA definition.

Like the Palestine Solidarity Campaign, the Green Party maintains a policy in support of the Boycott, Divestment and Sanctions (BDS) movement – an international campaign led by Palestinian civil society seeking to use international pressure to end the Israeli occupation of Palestine.

In the conference debate on the motion, opponents argued that by adopting the IHRA definition – even alongside other definitions – the party and its members would be unable to advocate for BDS and could lead to supporters of the movement being vilified.

Despite this, the motion to party conference addressed this explicitly, with text reading, “this motion does not in any way conflict with other policies on, for example, BDS and freedom of speech, and will not prevent legitimate criticism of the actions of any nation state”. Speaking in the debate, Joshua Alston – the motion’s lead proposer – said, “This motion would put us at the vanguard of the fight against antisemitism, and at the vanguard of the fight against the global far right while protecting our pro-Palestinian policy”.

Speakers against the motion also argued that the IHRA and Jerusalem Declaration definitions of antisemitism are contradictory, and therefore the party should not adopt both of them. The Greens’ policing and domestic safety spokesperson Shahrar Ali branded this a “fudge” and the “worst of all worlds”. In response, the motion’s proposer Joshua Alston responded by saying the motion would provide “all the necessary documents to understand antisemitism”.

Speaking after the passing of the motion, Green member of the London Assembly Zack Polanski said, “The passing of this motion confirms our Party’s commitment to increase awareness and education on antisemitism and other forms of discrimination. This is a definition which helps in understanding about antisemitism and also prevents false accusations of antisemitism. The IHRA definition does not preclude criticism of the Israeli Government in proportionate ways to any other country.

“This motion builds on the hard work that has previously taken place – particularly with a focus on intersectionality. Jewish Greens will continue working with Greens of Colour, LGBTIQA+ Greens and the Gypsy, Roma, Traveller Community to ensure that discrimination is always challenged – and work towards both a more inclusive party and society.

“As a member of the London Assembly, I have been elected to represent over three fifths of the UK’s Jewish Population. I’m proud that The Green Party rejects all forms of racism and we will continue to work with groups representing all communities to ensure that our disciplinary measures are robust and able to deal with complaints of racism, including antisemitism and Islamophobia.”

The motion passed with a substantial majority of members attending in favour. It was supported by current Green Party co-leader Carla Denyer and the Greens’ sole MP Caroline Lucas. Former co-leader Sian Berry told Left Foot Forward that the antisemitism guidance was the motion she most wanted to see passed at the conference.