Setting the scene for the imminent triggering of Article 16, Lord Frost’s conference speech has triggered a hostile response, derided as ‘inflaming tension while solving nothing.’ 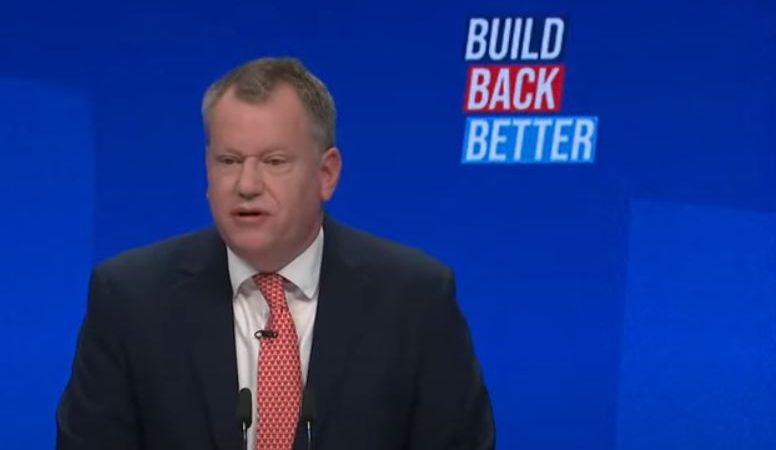 In an exceptionally brass neck move from the Tories, the party’s Brexit minister has said the UK “cannot wait forever” for a response from the EU on the government’s proposals to change the Northern Ireland protocol.

Speaking in Manchester at the Conservative Party conference, Lord David Frost, a Conservative Life peer who was appointed minister of state in March 2021, said the government is prepared to invoke Article 16.

Article 16 is a piece of legislation within the Northern Ireland Protocol – the special Brexit deal agreed between the UK and EU on Northern Ireland. The deal was agreed in October 2019. The protocol leaves Northern Ireland in the EU’s single market for goods. Subsequently, goods can be moved freely between Northern Ireland and the Republic of Ireland, thereby eliminating the threat of a “hard border.”

Under the protocol, goods arriving in Northern Ireland from the rest of the UK are subject to control and checks, an arrangement known as the Irish Sea border.

Article 16 of the protocol seeks to take “safeguard” measures if it is determined by the UK and EU that the deal is leading to serious “economic, societal or environmental difficulties,” which are likely to persist.

There is however little guidance on what constitutes as a “serious” difficulty. The legislation could also be used if the protocol was resulting to “diversion of trade”, which again is ambiguous and with little guidance on how it should be interpreted.

In his speech to delegates in Manchester, Frost acknowledged that the UK willingly entered into the protocol agreement but admitted that “the arrangements have begun to come apart even more quickly than we feared.”

In his no-holds-barred speech, Frost called on Brussels to be “ambitious”, asserting it would be “no use tinkering around the edges.”

“Without an agreed solution soon, we will need to act, using the Article 16 safeguard mechanism, to address the impact the protocol is having on Northern Ireland.”

Describing Brexit as the “beginning of a great voyage for our country,” Lord Frost admitted there will be “some rough waters along the way. But we will choose for ourselves how we steer our ship.”

‘Inflaming tension while solving nothing’

The secretary of state for exiting the European Union’s “rough waters along the way” speech has been met with antagonism.

Louise Haigh, shadow secretary of state for Northern Ireland, said the speech proves the Tories are ‘inflaming tension while solving nothing.’

“Lord Frost negotiated every single word of the deal he now discredits at every opportunity.

“And as this speech proves, their approach is inflaming tension while solving nothing.

“Communities in Northern Ireland are sick and tired of the political posturing from a government they have long since lost trust in.

“Tory ministers should show some responsibility, and do what businesses across Northern Ireland have been telling them for months – get round the table and negotiate a veterinary agreement to help lower the barriers they created down the Irish Sea.”

Attacking the deal that he negotiated

Following the speech, Twitter went into overdrive with ridicule of Frost essentially attacking the deal he negotiated.

“Apparently, it is only spiteful Remainers saying that “Brexit isn’t working” says Lord Frost, immediately after having explained that Brexit needs to be renegotiated because it isn’t working.”

Frost’s speech comes at a time when the UK government is coming under renewed pressure to scrap the Northern Ireland Protocol entirely.  Such pressure is being made by the European Research Group of MPs, whose chair, Mark Francois, said members knew the protocol was flawed when voting for the withdrawal agreement in January 2020. Despite knowing it was flawed, Francois said the group of backbench Tory MPs had faith in Frost and Johnson’s ability to renegotiate arrangements and went into it with their “eyes wide open.”

David Trimble, who was the first minister of Northern Ireland from 1998 to 2002, playing a pivotal role of the 1998 Northern Ireland peace accord, said there is little point waiting for the EU to negotiate the deal.

“They will never change their position. We need to repudiate the entire arrangement,” said Trimble.