The University's management have now signed an agreement with Unite representatives to confirm the decision to increase the workers' pay from £9.52 to £10 an hour. 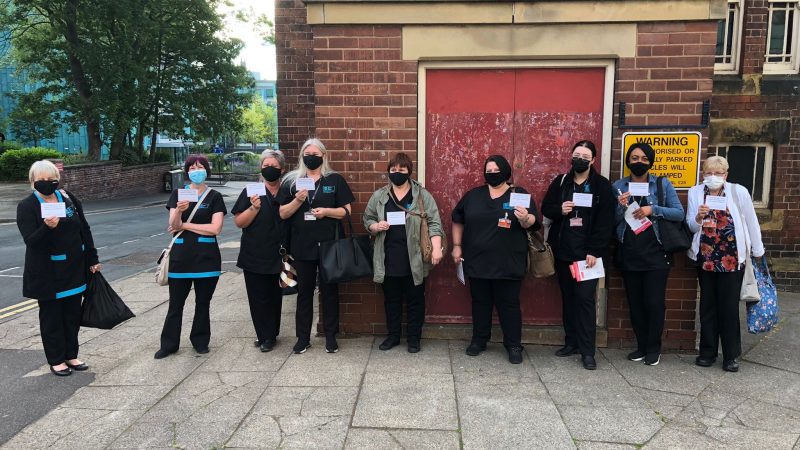 The University of Sheffield will now pay cleaners an hourly wage £10 per hour, after hundreds of cleaning staff joined Unite to organise and campaign for better pay.

Over 14,000 people had signed a petition organised by Unite which called for £10 per hour for all cleaning staff at the University of Sheffield.

The petition had stated: “Throughout the pandemic, cleaning staff at the University of Sheffield have worked hard to keep others safe. They work unsociable hours, are overwhelmingly women workers and have no path to improved pay on the current university pay scale.

“Now, with the support of Unite the Union, these key workers are organising to improve their pay and conditions. But they’ll need your support to win.

The University’s management have now signed an agreement with Unite representatives to confirm the decision to increase the workers’ pay from £9.52 to £10 an hour. The campaign was backed by the University’s students, by local Labour MPs and the Sheffield Socialist Party.

Unite Branch secretary, Chris Rawlinson said: “This is a huge victory for cleaners at the University who joined Unite to organise and fight for better pay. We are delighted that the University has recognised the hard work and dedication of our key workers by promising a £10 minimum wage from November 1st. We hope that this win will inspire cleaners across Sheffield to organise and demand a fair wage from other employers in the city.”

Ian Wright, Director of HR for the University of Sheffield, said: “We would like to thank our colleagues in Unite for highlighting the challenges faced by our lowest-paid staff and for working with us constructively to find an immediate solution to this pressing issue, as well as their commitment to work with us and other campus trade unions to develop a long-term solution.”