The Justice Secretary’s plans to “correct” rulings by European Court of Human Rights have drawn criticism from legal experts and the opposition. 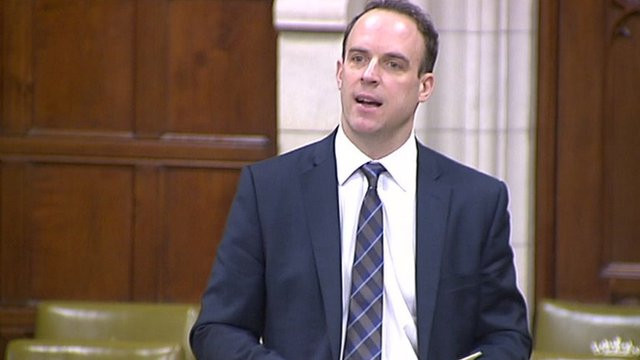 Dominic Raab says he is planning to overhaul the Human Rights Act to enable the government to introduce legislation to ‘correct’ court judgements.

The reform would mean that institutions like the health service and police, would no longer be dictated to by judges at the Strasbourg-based European Court of Human Rights (ECHR).

The Justice Secretary believes it is wrong that European judges are able to “dictate” to the UK on how its police, armed forces, welfare system and health service should operate.

Raab announced plans to reduce the influence of ECHR by amending the Human Rights Act at the Conservative Party conference in Manchester earlier this month.

In an interview with The Telegraph, the Justice Secretary said he was planning a mechanism which would enable minsters to introduce ad-hoc legislation to “correct” court judgements, whether they were passed by judges in the UK or in Strasbourg.

“We will get into the habit of legislating on a more periodic basis and thinking about the mechanism for that,” he said.

“Where there has been judgement that – albeit properly and duly delivered by the courts – we think are wrong, the right thing is for parliament to legislate to correct them.

“We want the Supreme Court to have a last word on interrupting the laws of the land, not the Strasbourg court,” Raab added.

‘A step into a dark place’

Legal experts have hit back at the plans, labelling them as ‘deeply troubling’. Human rights lawyer Jessica Simor QC of Matrix Chambers, warns the move would be “a step into a dark place for this country and the world.”

Simor accused Raab of peddling a “false narrative” that European judges are in charge of the UK court system. The human rights lawyer reminded how the Human Rights Act was specifically introduced to ensure that British people were able to have their rights upheld in the UK court instead of having to go to the ECHR.

In response to Raab’s interview with the Sunday Telegraph, Mark Elliot, Chair of the Faculty of Law at the University of Cambridge, shared his disapproval, writing: “Another Sunday, another Sunday Telegraph story demonstrating the fragile state of respect for the rule of law on the part of the UK government.

“The Justice Secretary proposes to enable ministers to ‘correct’ court judgments that they consider ‘incorrect’. This raises profound constitutional concerns.”

The shadow justice secretary David Lammy has condemned the proposals, accusing Raab of using long-standing Tory resentment on human rights legislation as a means of deflecting attention from the pitiful state on the criminal system under his watch.

“Rape convictions are at historic lows and women are rapidly losing faith in the criminal justice system, while record backlogs have left the courts at breaking point.

“And yet the priority for Dominic Raab seems to be undermining vital human rights legislation that protects us all.

“Instead of trying to weaken the rule of law, the Tories need to set out how they plan to fix the chaos they have created in the justice system,” said Lammy.

The UK was one of the first nations to give formal consent to the ECHR in 1949. It has accepted the jurisdiction of the Strasbourg court since 1966.

Parts of the British press have long been outspoken about the ECHR, referring to “meddling, unelected European judges” who are “wrecking British law.” Many Conservative MPs have held similar disdain for the system.

In 2013, the then justice secretary Chris Grayling said the ECHR did not “make this country a better place” and said he was “reviewing Britain’s relationship” with an institution he said had “reached the point where it has lost democratic acceptability.”

Fast-forward eight years and another Conservative government is threatening to reform the Human Rights Act, an announcement that has created a whirl of warning from legal experts.

Among the warnings are remarks from Jonathan Jones QC (hon), who tweeted: “Lots of muddle here. E.g. why is there a need to “devise a mechanism” for government to introduce legislation? We already have these things called “Acts of Parliament.” Unless of course there’s another attempt to “reduce” Parliament’s involvement.”