"Morale among staff is low and has been worsened by the recent pay award in England." 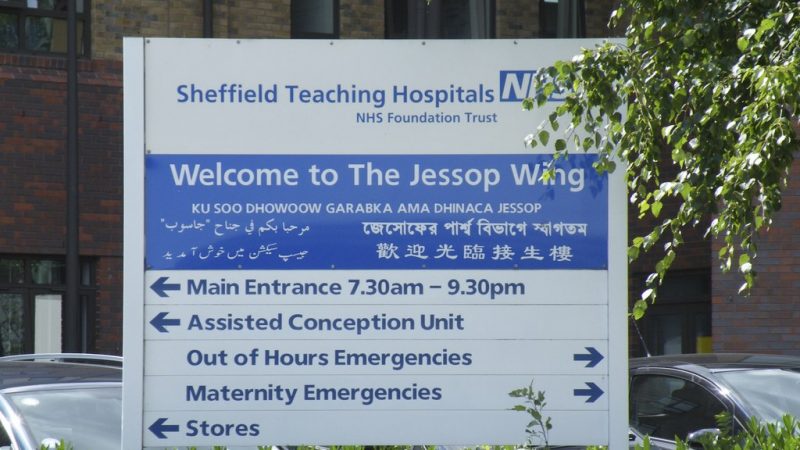 A petition urging the government to urgently invest in maternity services to solve the staffing crisis has reached more than 50,000 signatures.

The page on change.org was set up by midwife Cheryl Samuels to raise the issues of chronic staff shortages and unprecedented pressure on maternity teams.

Ms Samuels wrote on the page: “To ensure the safety of women, birthing people, our babies and all maternity staff we need urgent public support to increase pressure on the government to end this crisis with quick action and investment before the damage is irreversible.”

The petition has gained 54,405 signatures since it was set up four weeks ago.

This comes as the Royal College of Midwives warned of a ‘midwife exodus’ from the NHS due to understaffing and fears they can’t deliver safe care to women in the current system.

In the College’s annual member experiences of work survey, over half of midwives surveyed said they were considering leaving their job as a midwife with 57% saying they would leave the NHS in the next year.

Of those midwives who either have left or were considering leaving, more than eight out of 10 were concerned about staffing levels and two-thirds were not satisfied with the quality of care they are currently able to deliver.

More than nine out of ten maternity staff surveyed said they do not feel valued by the government.

One midwife, who did not wish to be named, said: “Staffing is in a tragic state – begging, borrowing, and pleading for more staff, more help, more for tonight’s shift, cover for the weekend where we’re four midwives short, or two just called in sick.

“We’re reducing the time we give to women. We’re having to close facilities, reduce antenatal education, and postnatal visits are cut to a minimum.

“Being stretched physically is one thing. You can rest your body eventually when home, but the mind does not have an easy off switch.

“The constant unrealistic expectations on maternity staff is damaging their mental health. It’s impacting on the wider service and it’s putting women, babies and families’ hopes and dreams in danger.”

According to government data, the number of midwives in England had fallen by more than 600 from November 2020 to June 2021.

In April and May of 2021, 284 midwives left the NHS, which is the highest number to leave in a two month period in the last 20 years.

The RCM’s General Secretary and Chief Executive, Gill Walton, said: “Not a day goes by that we don’t hear of a maternity service having to close temporarily, suspend services or divert women to other maternity units just because there simply aren’t enough midwives.

“This can’t continue because we know it compromises safety and means women don’t always get the safe positive pregnancy and birth experience that they should.

“It’s also having a shocking impact on maternity staff themselves. A shortage of midwives has undoubtedly worsened rates of physical and mental burnout among our members. Morale among staff is low and has been worsened by the recent pay award in England.

“We are again calling on the Government and NHS Employers to take action immediately to keep midwives in midwifery before it’s too late.”

A Department for Health and Social Care spokesperson said: “Midwives do an incredibly important job, made even more challenging by the pandemic, and this was recognised through a three per cent pay increase this year.

“There are more midwives working across the NHS now than at any other time in its history and we are increasing the maternity workforce further with a £95 million recruitment drive to support recruitment of 1,200 more midwives.

“We have provided record investment to tackle the backlog and deliver an extra 9 million checks, scans, and operations for patients across the country, on top of an additional £5.4 billion to support the NHS’ response to Covid over the next six months.”