We take a closer look at some of the false claims made by the prime minister during the 45-minute address. 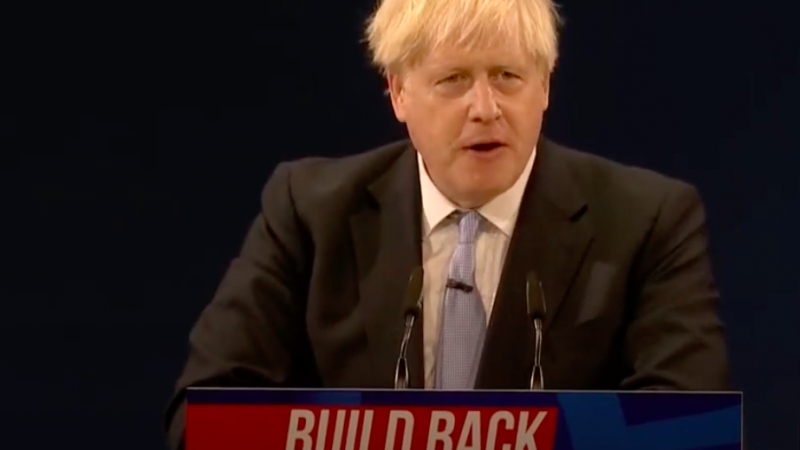 It was a speech full of bluster and bombast, yet short on detail on how to address the many problems facing the country, as is so typical of speeches given by Boris Johnson, as he delivered his keynote address at Conservative Party conference.

We take a closer look at some of the false claims made by the prime minister during the 45-minute address.

‘Wages are going up, faster than before the pandemic began’

Johnson repeated the argument that had caused him backlash among industry experts during his appearance on the Andrew Marr show on Sunday, in which the prime minister claimed that wages across Britain were on the rise.

He told his party conference yesterday: “I am pleased to say that after years of stagnation – more than a decade –  wages are going up faster than before the pandemic began.”

The reality, according to the Institute for Fiscal studies, is that wages are not rising faster than in recent years. While data from the Office for National Statistics (ONS) showed that in June the annual growth of average weekly earnings was at a 20-year-high, the body warned that a focus on the annual growth rate is misleading at present, given that current growth figures are inflated as wages are being compared to a very low baseline following the economic fallout at the start of the pandemic where there was a short term decline in earnings growth.

The prime minister was keen to play up the idea that Brexit had been a total success, claiming that the UK had completed trade deals with 68 countries plus the EU. However, 63 of these deals are ‘rollover’ deals, meaning that they were not ‘new deals’ as such but copied over terms of deals the country already had in place when it was still an EU member.

Johnson claimed that it was the genius of capitalism that had resulted in the rapid delivery of Covid vaccines. While pharmaceutical companies played a role in developing the Oxford AstraZeneca vaccine, research from the Universities Allied for Essential Medicines UK showed that the vaccine was 97 per cent publicly funded and just 2 per cent came from the private sector.

Is the UK number one for foreign direct investment?

The prime ministerclaimed ‘we will make this country an even more attractive destination for foreign direct investment. We are already the number one.’

According to the UN World Investment Report published last month, foreign investment has “declined for the second year in a row” – meaning the UK is now the 16th largest recipient, moving down “five positions”.

‘This Party that has looked after the NHS for most of its history should be the one to rise to the challenge. 48 new hospitals’

Once again, the prime minister was economical with the truth, claiming that the government was building 48 new hospitals, yet most of those are either new units or refurbishments at existing hospitals. It was revealed in August that the Government had ordered NHS trusts to describe any major refurbishments, new wings, and units as “a new hospital”.