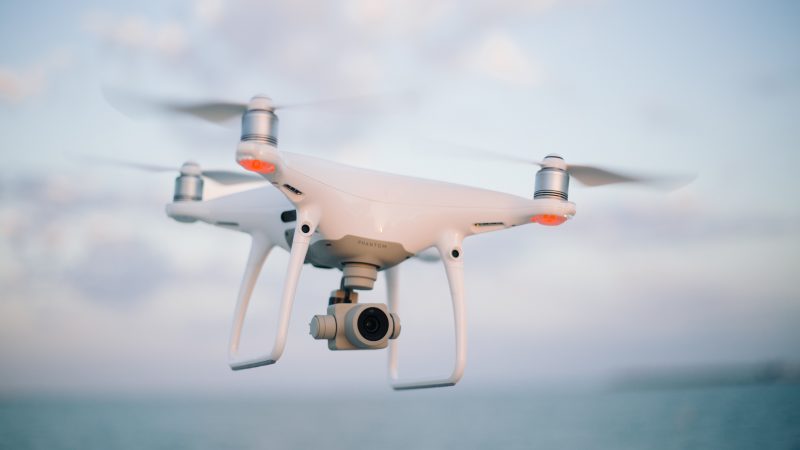 In the UK, surveillance is everywhere and yet very few rules exist to moderate, limit or monitor its usage.

And is the omnipresence of LFRT (live facial recognition technology) actually making our lives safer or creating more dangers and division?

Those campaigning to ban it argue there is no safe way of using LFRT in public spaces due to the fact it could worsen police treatment of minority communities and totally change the relationship between the individual and the state. LFR is a technology that can help to locate a person from a digital image. Police forces are using it to help them find wanted criminals, but they’ve also been sending drones out in situations that many are questioning.

But a number of civil liberties organisations like Liberty and Amnesty International came together last month to write an open letter stating that the police and Home Office have totally bypassed parliament on discussing its usage – a fact that came to light when the Home Office published guidance on the usage of LFRT during parliamentary recess without any kind of announcement, according to the Daily Telegraph.

In the open letter, the civil liberties groups wrote: “In a democratic society, it is imperative that intrusive technologies are subject to effective scrutiny.

“Police and the Home Office have, so far, completely bypassed Parliament on the matter of LFRT. We are not aware of any intention to subject LFRT plans to parliamentary consideration, despite the intrusiveness of this technology, its highly controversial use over a number of years, and the dangers associated with its use.”

The letter continued, saying that LFRT presents “significant and unmitigated risks” to society and there is no way of deploying it safely for mass public surveillance.

It added that the technology might worsen current unfair police treatment of minority communities. It also completely changes the relationship between the state and the individual person.

“The implications come not solely from privacy and data-protection perspectives, but from the larger ethical question for a democratic society permitting and seemingly condoning the rollout of such intrusive technology,” the letter read.

“LFRT also raises significant problems for our human rights, such as freedom of expression and freedom of assembly.”

In spite of the claim that the technology is ‘revolutionising’ how we do policing, the article also discusses problematic instances of its use.

The time that Derbyshire police, for example, used a drone to spy on people walking in the Peak District in the first lockdown last year.

The guidance states LFRT can be used by security agencies and law enforcement to monitor the faces of people in public spaces. An officer can then be alerted if someone is spotted who is on a watchlist.

According to the current guidance, when technology is deployed, the user has to follow these steps:

Last year the Court of Appeal ruled against South Wales police’s public pilot of LFRT technology, but StopWatch, an organisation working to ensure fair and accountable policing, fear police will treat this ruling as unimportant and roll out LFRT anyway.

A spokesperson for StopWatch said: “It seems the Home Office itself has decided that breaches of privacy rights, data protection laws and equality laws are the minor details to be ignored or given lip service at best.”

Emmanuelle Andrews, policy and campaigns officer at Liberty, told Engineering & Technology magazine that everyone wants to “feel safe and be able to go about their lives freely” no matter what their background and beliefs are yet LFRT threatens this.

The Liberty spokesperson added that the government cannot avoid this issue and allow this “dystopian surveillance tool to quietly but fundamentally” both our public spaces and our law enforcement.

If you think there are serious issues with the way forces are deploying camera tech, whether for drones, facial recognition, or any surveillance purposes, you may wish to respond to the government’s consultation on proposed revisions to the Surveillance Camera Code of Practice, which covers all of these things (you can read the draft version here). The consultation closes on 8 September.