'Starmer has not been the unifying leader many had envisaged, nor has he continued to advocate for the ten pledges he put to the membership a mere eighteen months ago.' 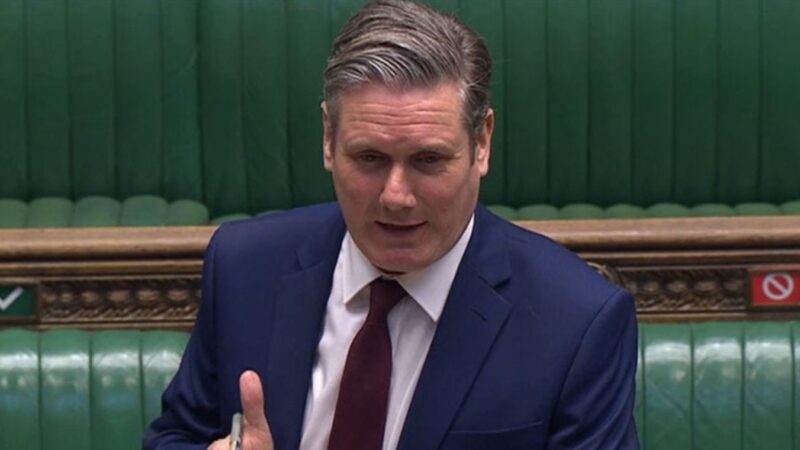 This year’s Labour conference has come round fast. Whilst I am excited to witness my first conference, I remain apprehensive as to what will unfold. As an elected CLP delegate, my expectations of these in-person events are that they are generally raucous and fizzing with energy. I’m therefore hoping that the vibrant coastal hub of Brighton could set the scene for an effervescent and harmonious occasion, but I’m not placing any bets.

For probably the most significant time since his inception, Keir Starmer’s leadership will be under the spotlight in Brighton. It’s set to be an opportunity to show the rank-and-file what his leadership is all about and what policies he intends to endorse to get Labour into Downing Street. The elephant on the conference floor will be that Starmer has not been the unifying leader many had envisaged, nor has he continued to advocate for the ten pledges he put to the membership a mere eighteen months ago.

Instead, he has overseen an embattled party that continues to rid members that display any affiliation to Corbynism. Whether its Starmer himself, or his coterie of advisors, a modern-day replica of Tony Blair’s New Labour is the brand his office seems to be most comfortable with.

The issue of direction has become a pertinent one and has caused a fractured relationship between parliament and the trade unions. Former Unite leader and fervent critic of Starmer, Len McCluskey, claims that the leader “reneged” on his commitment to restore the whip to his predecessor, Jeremy Corbyn. Furthermore, in a visceral excerpt from his new book Always Red, McCluskey comments on how Starmer could “finish Labour” due to his unrelenting crackdown on the left.

Across trade unions, McCluskey is not the only official who is deeply sceptical of the direction of the Labour party. His successor, Sharon Graham, will not consider “blank cheques” to fund the party if Labour are not fully committed to protecting workers’ rights. Meanwhile, the Bakers, Food and Allied Workers’ Union (BFAWU) is debating a disaffiliation from Labour if their general secretary faces disciplinary measures. This is a disturbing dynamic between the party and trade unions, considering unions have traditionally offered large sums to keep it functioning.

Anger from trade unions, combined with the proscribing of four left-wing groups and the uptick in mobilisation from Labour to Win – the pro-Starmer centrist pressure group – the conference is set to be ugly. This all coincides with the transphobic tweets of Canterbury MP, Rosie Duffield, who has decided to avoid the conference altogether but the party has yet to reprimand her or take a stance on gender identity.

Trans rights, the ongoing conflict in Gaza and whether to hike taxes on the rich have become such polarising topics and Starmer has been weak to not address them. Motions will cover these debates and it is my duty, as a delegate, to represent my constituency and vote for motions that I believe the party needs to win an election. Now that battle lines are being drawn ahead of Brighton between the various factions that form the party, votes and certain rule changes won’t pass without a huge fight.

Many will be going to conference, both as visitors and delegates, demoralised by the in-fighting and wishing for members to focus their energy on defeating the Tories. Others will be there with a specific agenda, which is to oust any motion that the opposing faction has put forward. It is Starmer’s duty, as leader, to bring clarity and fusion to a divisive forum by promoting policies, delivering a resounding speech and outlining why he is well-suited to lead Labour. I struggle to see this happening, but without a successful conference Starmer’s time as leader could be short-lived.

It’s also the manoeuvres of the party general secretary, David Evans, that have come under intense scrutiny. His actions have sparked a backlash from the left with his handling of Corbyn’s suspension, plus his announcement that an estimated ninety Labour staffers are due to be made redundant now that the party is strapped for cash. Unite’s executive committee has voted in favour of refusing to approve Evans’s secretary appointment. If this vote is allowed to take place at the conference on day one, and whatever the result, it will be an eye-opening indication of what to expect over the subsequent days.

His first conference as leader will be entirely new territory for Starmer. If he is fit for purpose, this could be prime opportunity to show the media and his party what he’s capable of. Unfortunately, I, like many others, fail to see that happening.